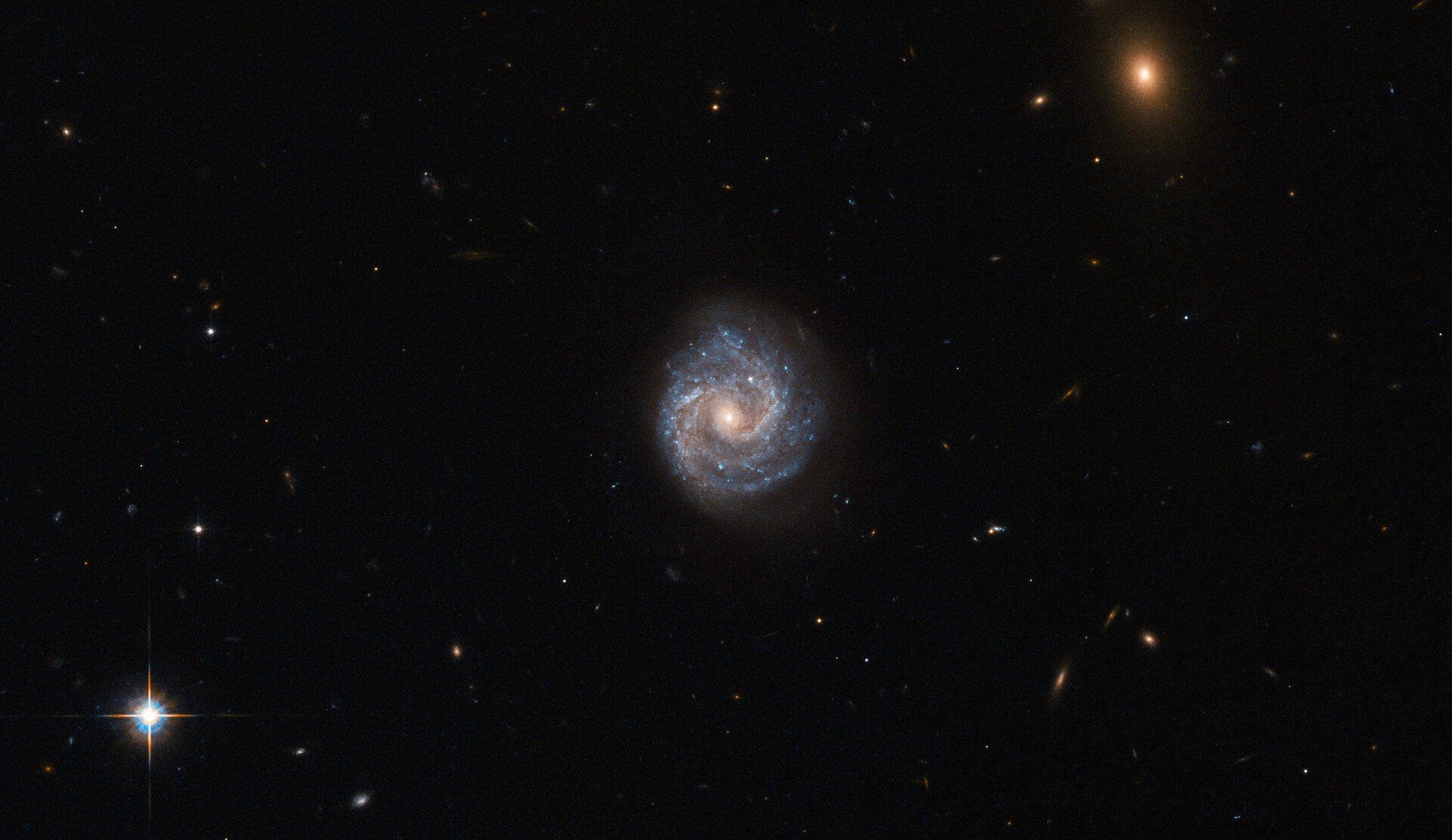 Not all galaxies have the luxury of possessing a simple moniker or quirky nickname. The subject of this NASA/ESA Hubble Space Telescope image was one of the unlucky ones, and goes by the rather unpoetic name of 2XMM J143450.5+033843.

Such a name may seem like a random jumble of numbers and letters, but like all galactic epithets it has a distinct meaning. This galaxy, for example, was detected and observed as part of the second X-ray sky survey performed by ESA’s XMM-Newton Observatory. Its celestial coordinates form the rest of the bulky name, following the “J”: a right ascension value of 14h 34m 50.5s (this can be likened to terrestrial longitude), and a declination of +03d 38m 43s (this can be likened to terrestrial latitude). The other fuzzy object in the frame was named in the same way — it is a bright galaxy named 2XMM J143448.3+033749.

2XMM J143450.5+033843 lies nearly 400 million light-years away from Earth. It is a Seyfert galaxy that is dominated by something known as an Active Galactic Nucleus — its core is thought to contain a supermassive black hole that is emitting huge amounts of radiation, pouring energetic X-rays out into the Universe.