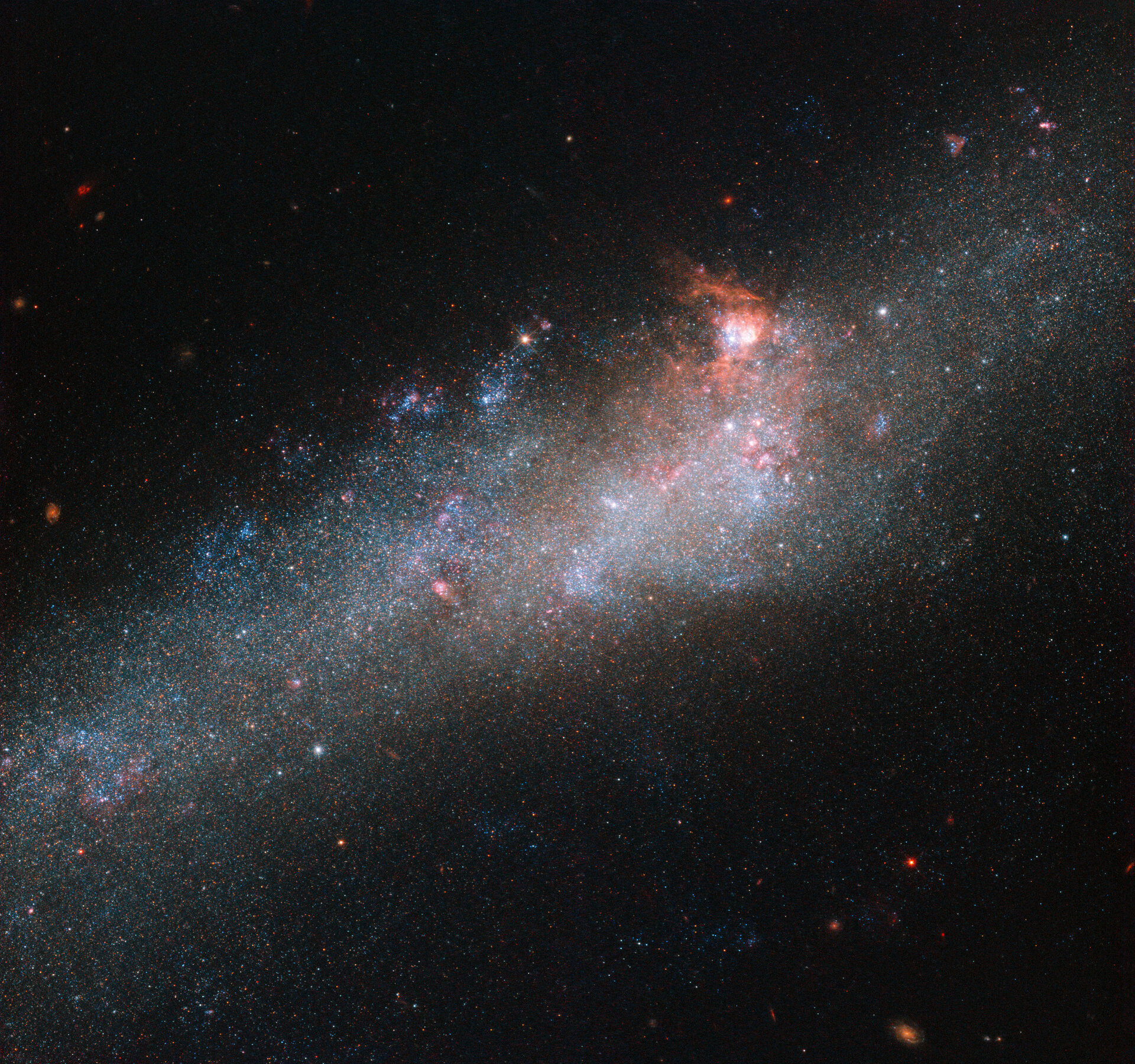 The star of this Hubble Picture of the Week is a galaxy known as NGC 4656, located in the constellation of Canes Venatici (The Hunting Dogs). However, it also has a somewhat more interesting and intriguing name: the Hockey Stick Galaxy! The reason for this is a little unclear from this partial view, which shows the bright central region, but the galaxy is actually shaped like an elongated, warped stick, stretching out through space until it curls around at one end to form a striking imitation of a celestial hockey stick.

This unusual shape is thought to be due to an interaction between NGC 4656 and a couple of near neighbours, NGC 4631 (otherwise known as The Whale Galaxy) and NGC 4627 (a small elliptical). Galactic interactions can completely reshape a celestial object, shifting and warping its constituent gas, stars, and dust into bizarre and beautiful configurations. The NASA/ESA Hubble Space Telescope has spied a large number of interacting galaxies over the years, from the cosmic rose of Arp 273 to the egg-penguin duo of Arp 142 and the pinwheel swirls of Arp 240.