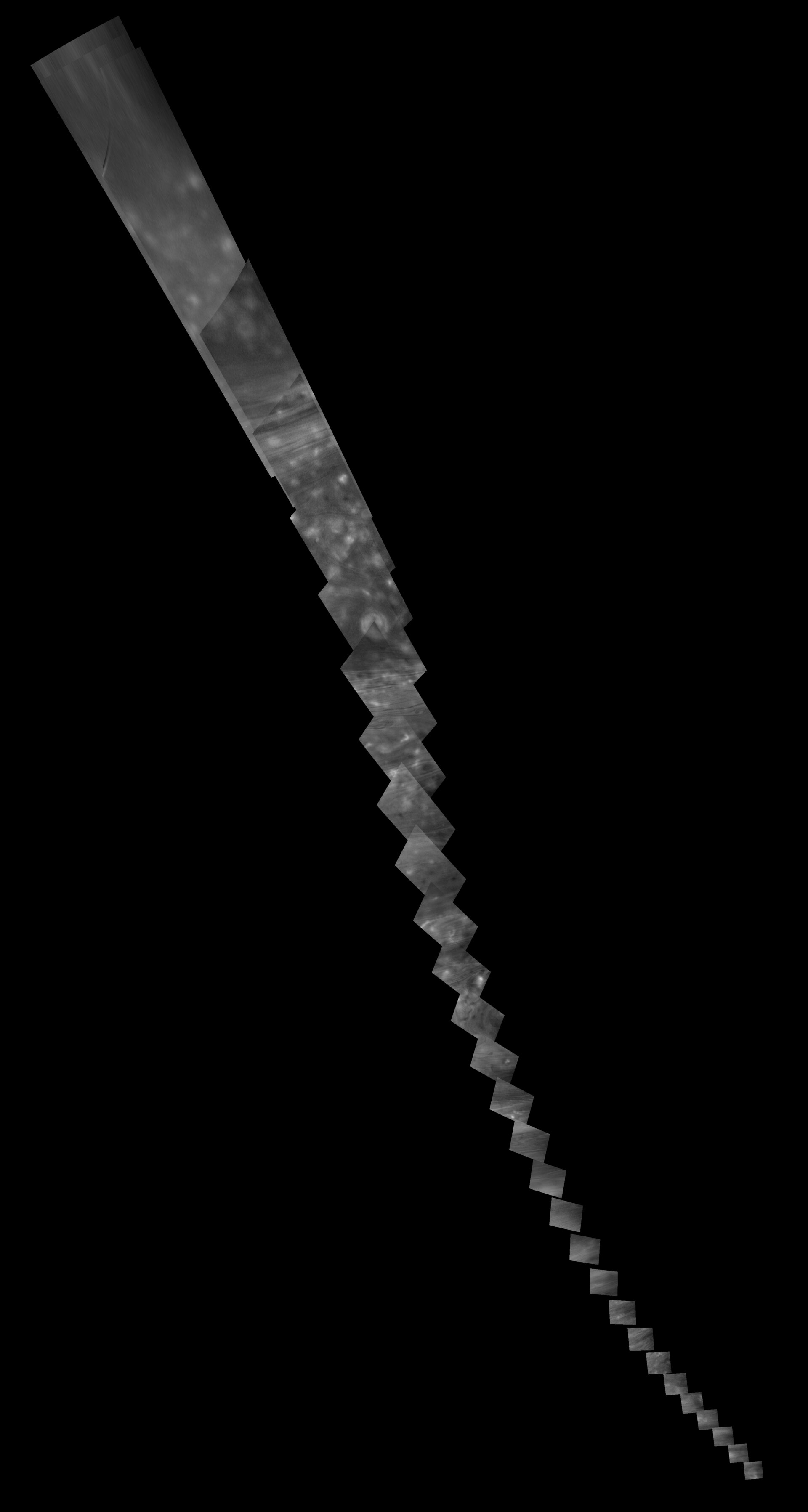 This mosaic of 30 images was captured by the international Cassini spacecraft’s wide-angle camera on 29 June 2017, as it raced toward the gap between Saturn and its rings during one of 22 close passes over Saturn of the mission’s Grand Finale.

The images were captured in near-infrared wavelengths, which is sensitive to Saturn’s cloud-top altitudes.

For the first frame of the mosaic, Cassini’s camera was pointing towards about 80ºN as the spacecraft was flying 26 000 km above the top of the clouds at 45º N. When the last frame was captured, the orbiter was 13 000 km above 30ºN and looking straight down at the planet.