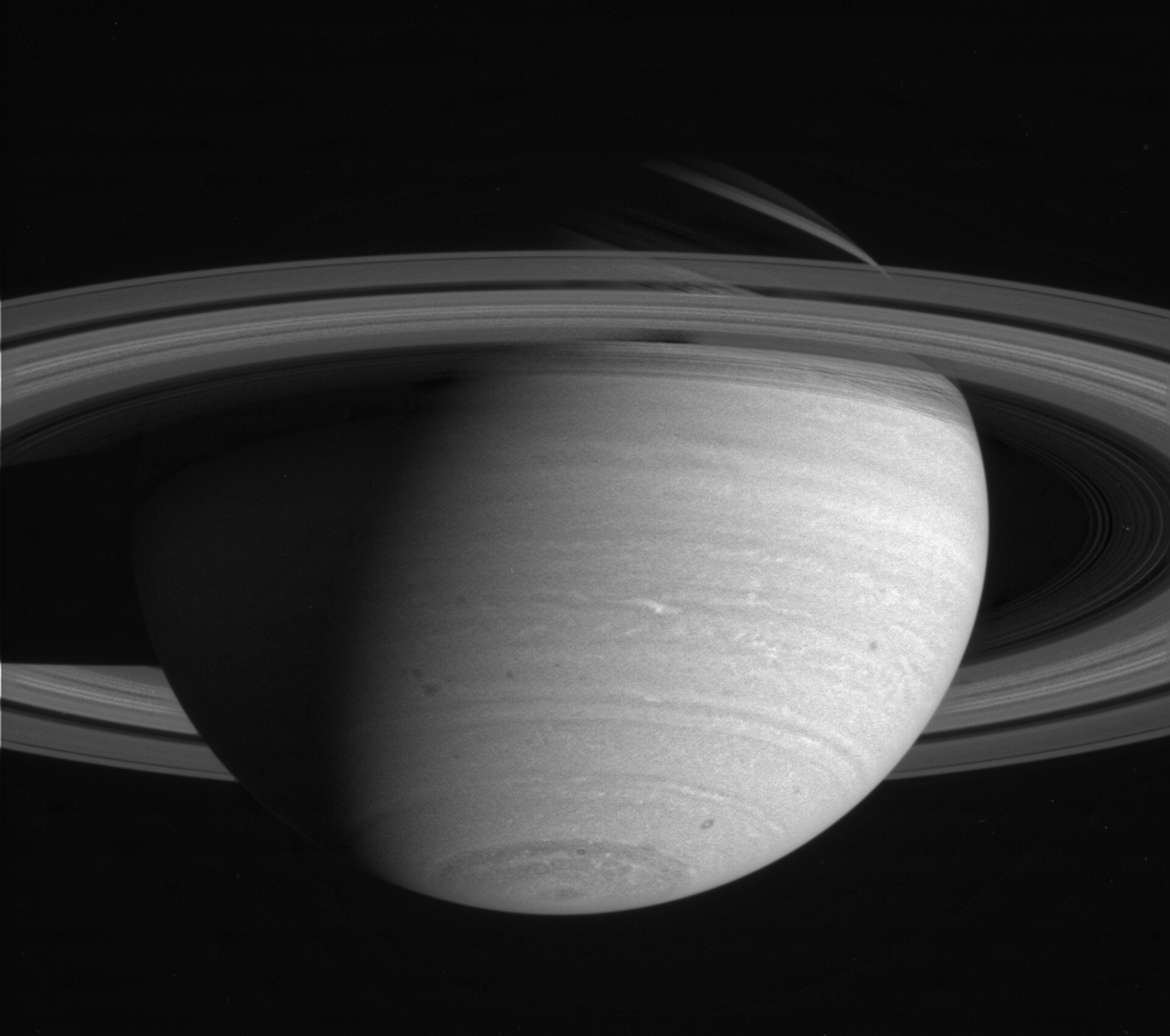 Atmospheric detail in the near-infrared

Saturn shows white feathery clouds near 45 degrees south latitude. Note the disturbances around the eastern edge of the south polar collar. The moon Mimas is visible above the rings at the upper right. The image was taken with the Cassini narrow-angle camera in the near-infrared on 10 May 2004, at a distance of 27.2 million kilometres from Saturn. Image scale of the high-resolution image is 162 kilometres per pixel. Contrast in the image was enhanced to aid visibility.