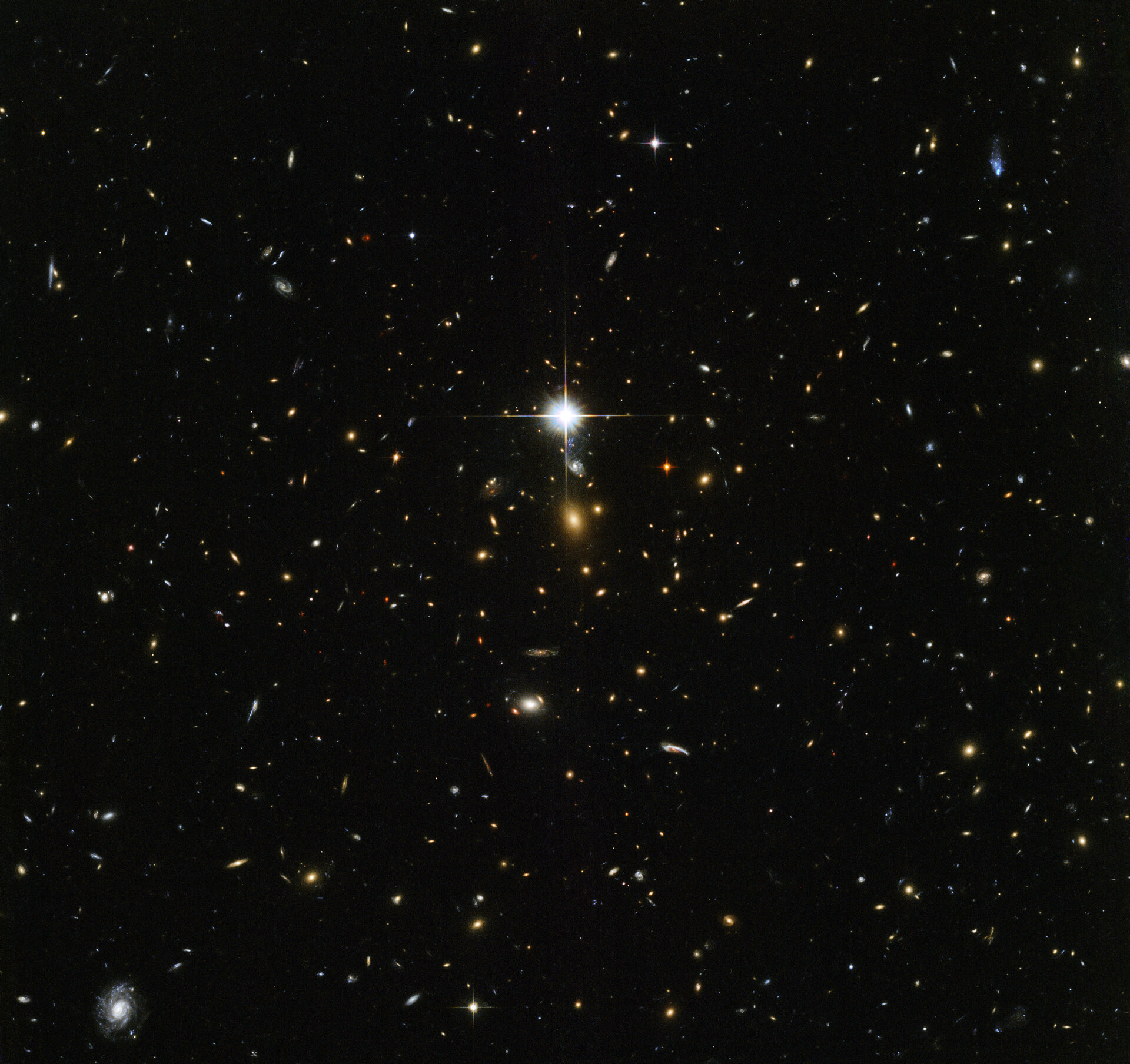 This NASA/ESA Hubble Space Telescope image is chock-full of galaxies — each glowing speck is a different galaxy, bar the bright flash in the middle of the image which is actually a star lying within our own galaxy that just happened to be in the way. At the centre of the image lies something especially interesting, the centre of the massive galaxy cluster called WHL J24.3324-8.477, including the brightest galaxy of the cluster.

The Universe contains structures on various scales — planets collect around stars, stars collect into galaxies, galaxies collect into groups, and galaxy groups collect into clusters. Galaxy clusters contain hundreds to thousands of galaxies bound together by gravity. Dark matter and dark energy play key roles in the formation and evolution of these clusters, so studying massive galaxy clusters can help scientists to unravel the mysteries of these elusive phenomena.

This infrared image was taken by Hubble’s Advanced Camera for Surveys and Wide-Field Camera 3 as part of an observing programme called RELICS (Reionization Lensing Cluster Survey). RELICS imaged 41 massive galaxy clusters with the aim of finding the brightest distant galaxies for the forthcoming NASA/ESA/CSA James Webb Space Telescope (JWST) to study. Such research will tell us more about our cosmic origins.