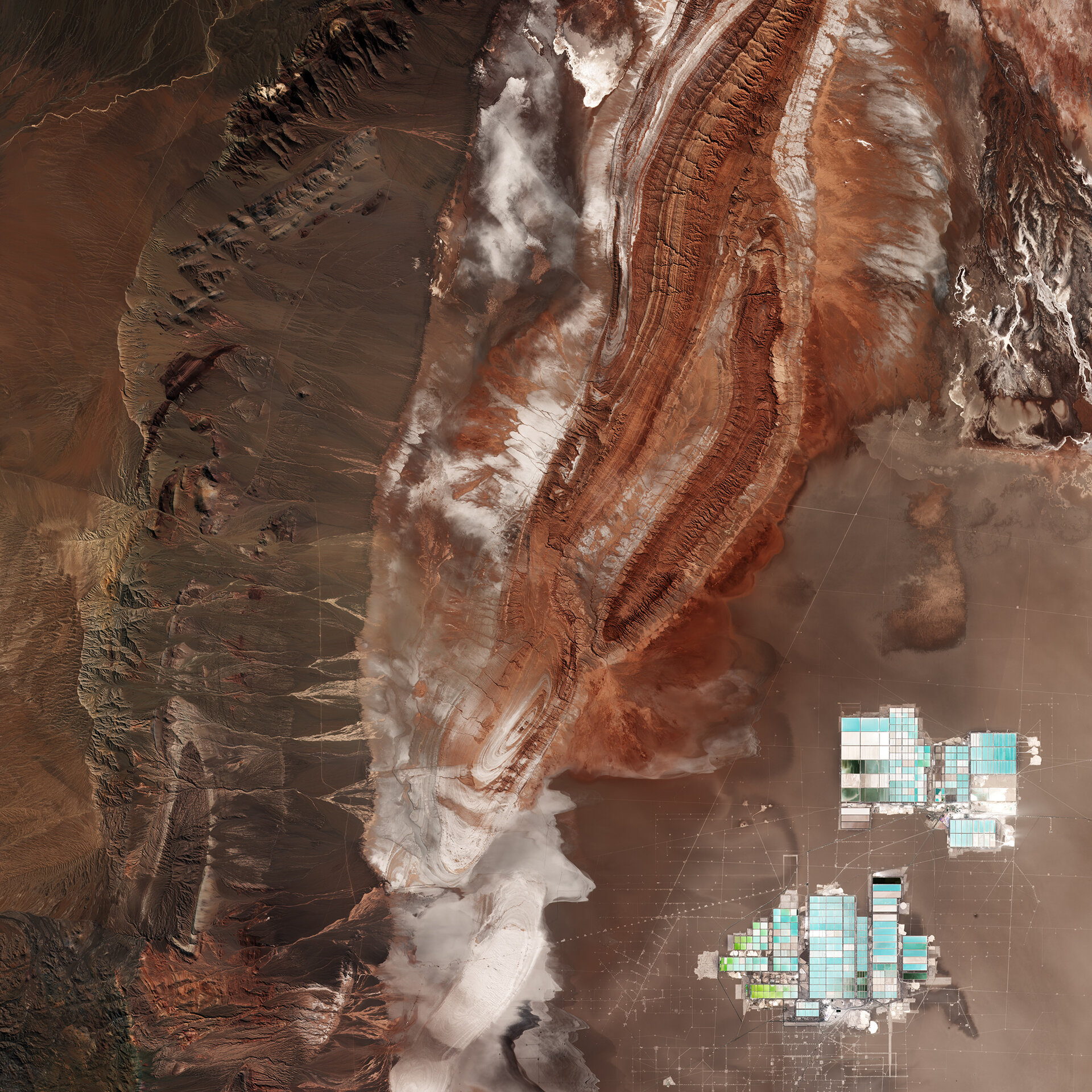 From the Salar de Atacama salt flat in the east to the Cordillera Domeyko mountains in the west,  Sentinel-2 takes us over part of the Atacama Desert in northern Chile.

The desert runs along part of South America’s central west coast. It is considered one of the driest places on Earth. Being a ‘coastal desert’, the cold, upwelling waters in the Pacific Ocean inhibit rain from reaching the land. Instead, the winds that blow from the ocean bring fog.

Because of the Atacama plateau’s high altitude, low cloud cover and lack of light pollution, it is one of the best places in the world to conduct astronomical observations and home to two major observatories.

Some areas of the desert have been compared to the planet Mars, and have been used as a location for filming scenes set on the red planet. ESA has even tested a self-steering rover in the Atacama, which was selected for its similarities to martian conditions.

In the lower right, the geometric shapes of large evaporation ponds dominate the Salar de Atacama – Chile’s largest salt flat. At about 3000 sq km, it is the world’s third largest salt flat as well as one of the largest active sources of lithium. From evaporation ponds like the ones pictured here, lithium bicarbonate is isolated from salt brine. Lithium is used in the manufacturing of batteries, and the increasing demand has significantly increased its value in recent years – especially for the production of electric-car batteries.

This image, also featured on the Earth from Space video programme, was captured by the Copernicus Sentinel-2A satellite on 29 April 2017.