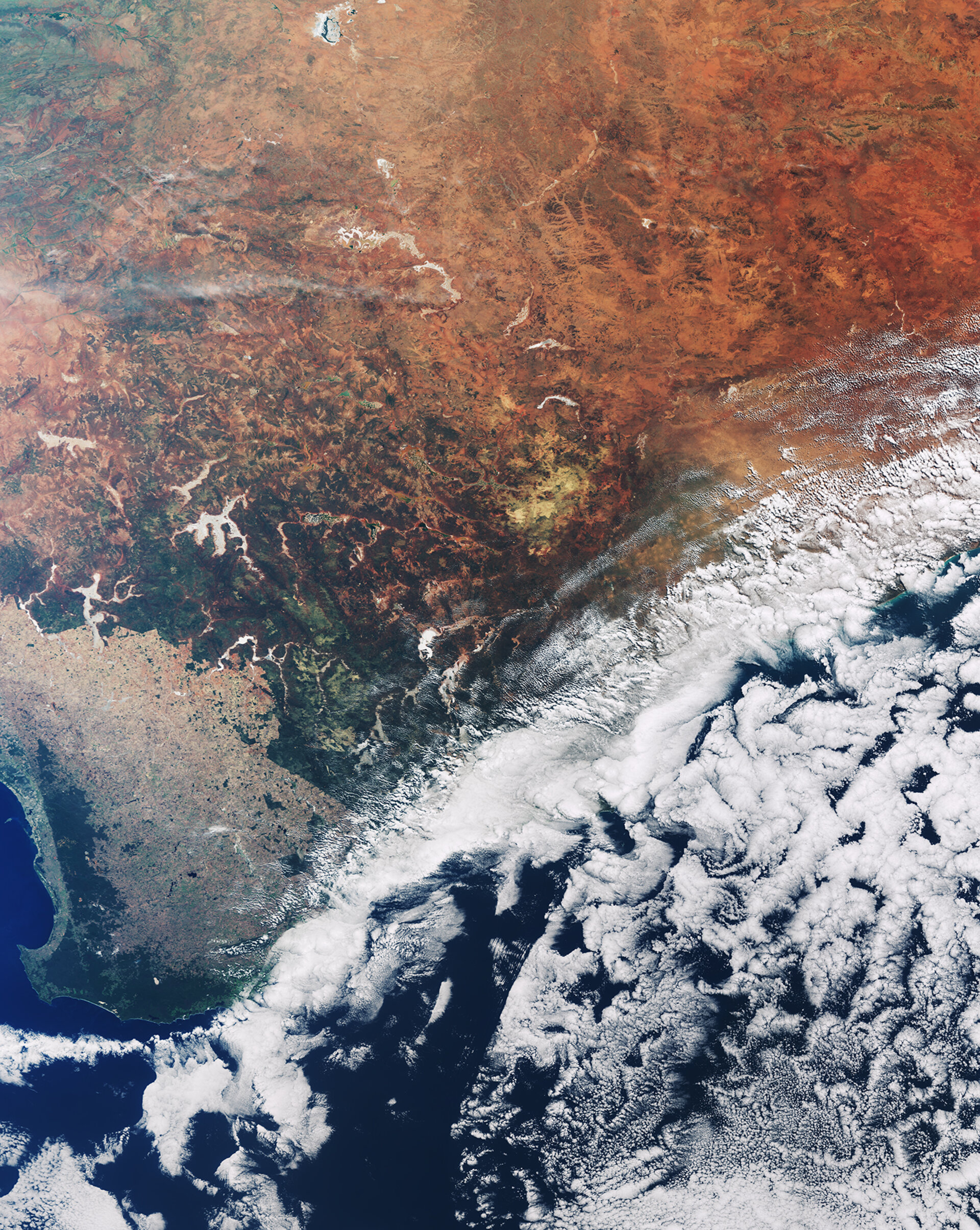 From the fourth most populous city to the rugged Outback, the Sentinel-3A satellite gives us a wide-ranging view over Australia’s southwestern corner.

This perspective from space clearly illustrates human’s influence on our environment: the agricultural landscape that dominates in the lower-left is suddenly interrupted by the more densely vegetated national parks and forests.

The city of Perth is located on the coast along the left edge of the image. About 150 km north of Perth sits ESA’s tracking station at New Norcia, where a 35 m-diameter radio dish communicates with deep-space missions such as Rosetta and Mars Express.

Moving further inland, grasslands give way to the deserts of Australia’s vast and remote interior – known as the Outback – with a landscape dominated by red soil and sparse vegetation. Several large salt lakes are visible across the image in white, including the appropriately named Lake Disappointment by explorer Frank Hann in search of fresh water (top of image).

Clouds over the ocean obstruct our view of the southern coast, but the lack of cloud cover over the interior desert pronounces the dry climate, which is a consequence of global wind patterns.

While the satellite mission carries a suite of cutting-edge instruments, this image, also featured on the Earth from Space video programme, was captured on 9 April 2017 by the satellite’s Ocean and Land Colour Instrument, which helps to monitor ocean ecosystems, supports crop management and agriculture, and provides estimates of atmospheric aerosol and clouds.