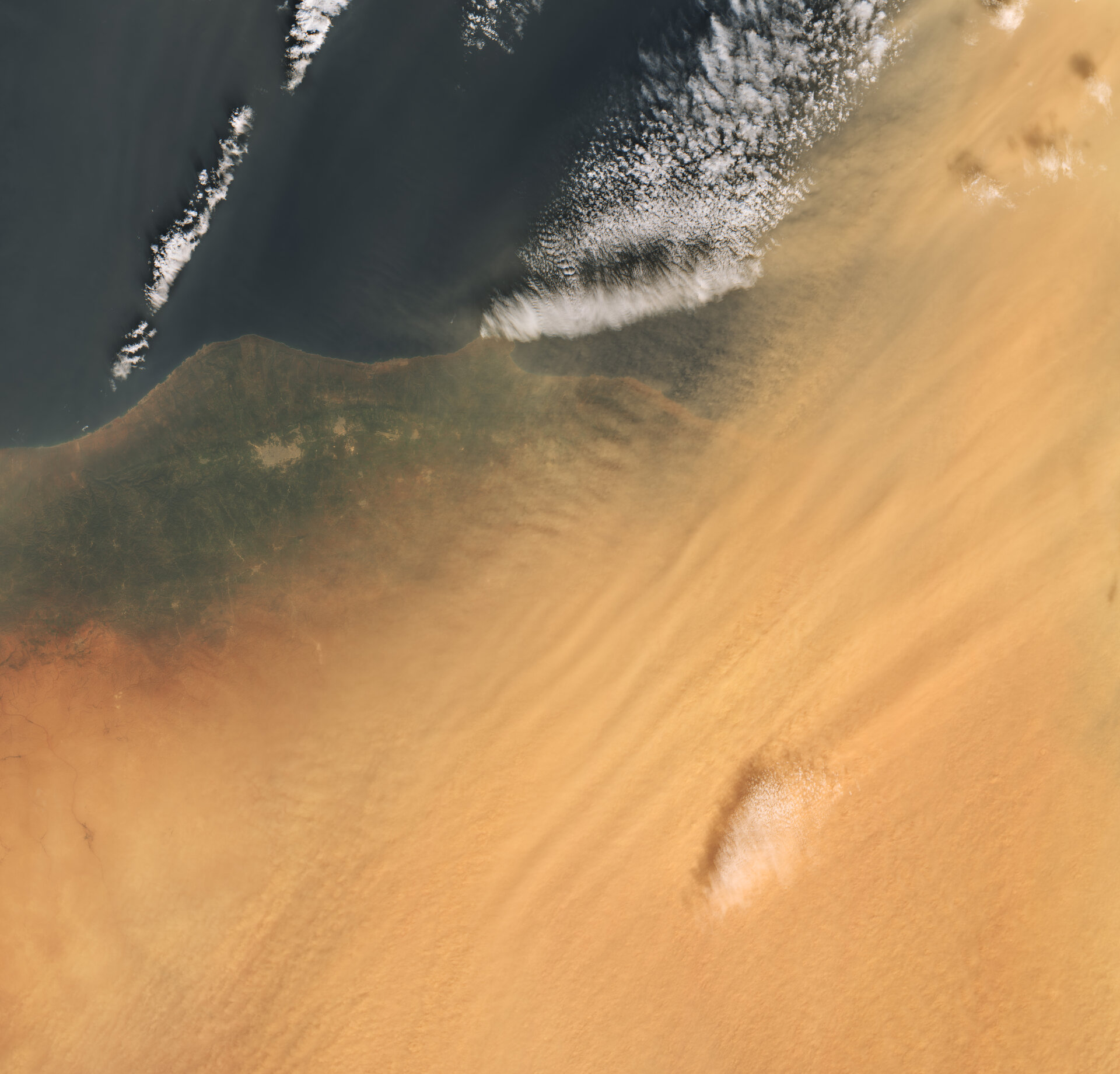 Sand and dust stirred up by desert storms in north Africa have caused snow in eastern Europe to turn orange, transforming mountainous regions into Mars-like landscapes.

This Copernicus Sentinel-2A image of Libya captured on 22 March shows Saharan dust being blown northwards across the Mediterranean Sea. Lifted into the atmosphere, the dust was carried by the wind and pulled back down to the surface in rain and snow. It reached as far afield as Greece, Romania, Bulgaria and Russia. While the orange-tinted snow baffled skiers, meteorologists say this phenomenon occurs about every five years.