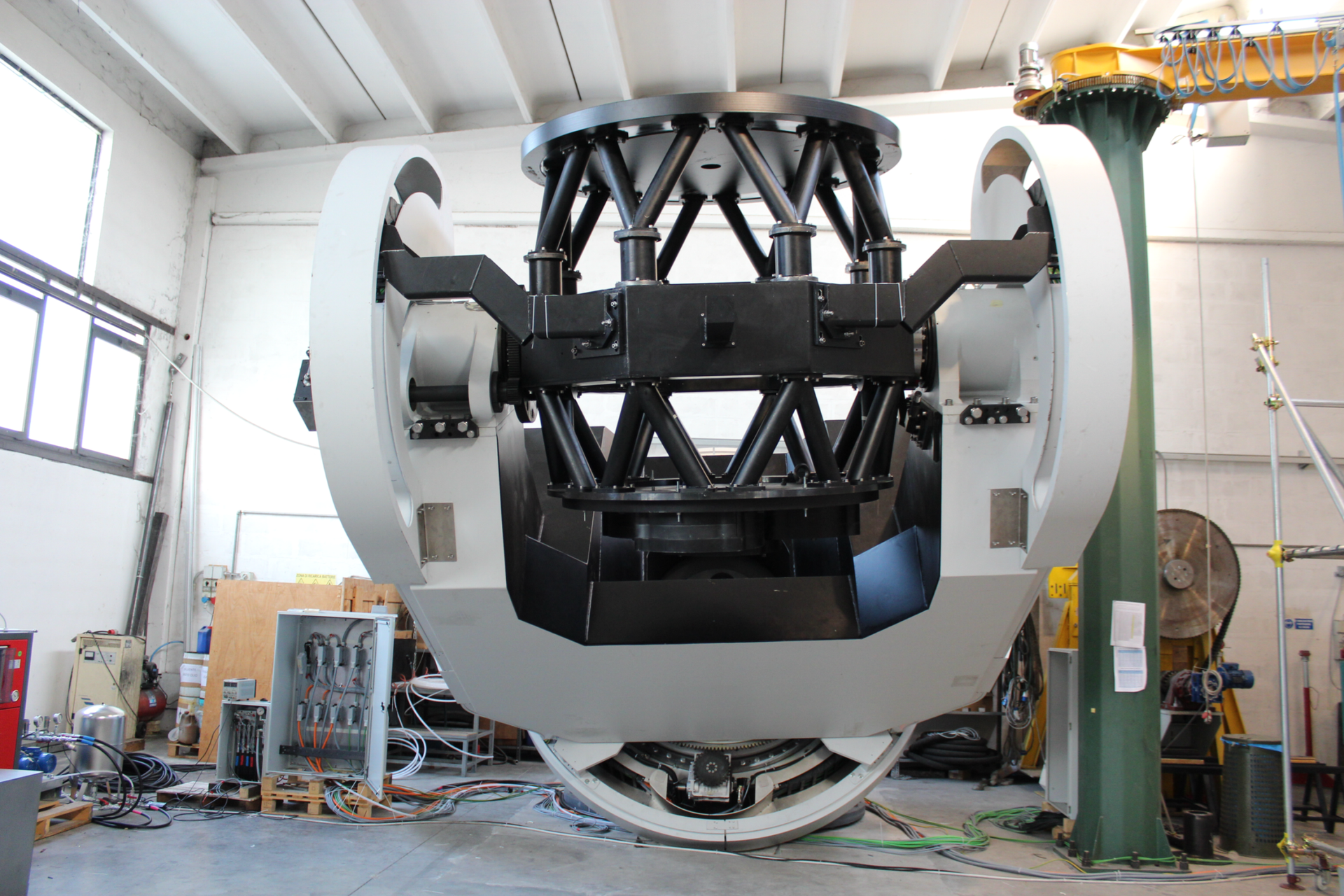 ESA’s automated Flyeye telescope will help Europe discover risky celestial objects such as asteroids and comets during its nightly sky surveys. It will automatically identify possible new near-Earth objects for follow up and later checking by human researchers as part of Europe’s Space Situational Awareness Programme.

The equatorial mount that will hold the Flyeye telescope orients the direction of view around the right ascension and the declination axis – the celestial coordinates. By doing so, it compensates for the rotation of the Earth by movement of one axis only and avoids image rotation during exposures.

The black structure at the centre of the mount in this picture is for testing purposes and will be replaced with the Flyeye telescope.

The telescope splits the image into 16 smaller subimages to expand the field of view, similar to the technique exploited by a fly’s compound eye.

In the telescope, a single mirror of 1 m equivalent aperture collects the light from the entire 6.7° x 6.7° field of view and feeds a pyramid-shaped beam splitter with 16 facets.

The complete field of view is then imaged by 16 separate cameras.

The mount and telescope are now being integrated in Milan, Italy, by OHB Italia ready for installation at the final location on Mount Mufara in Sicily at the end of 2019.