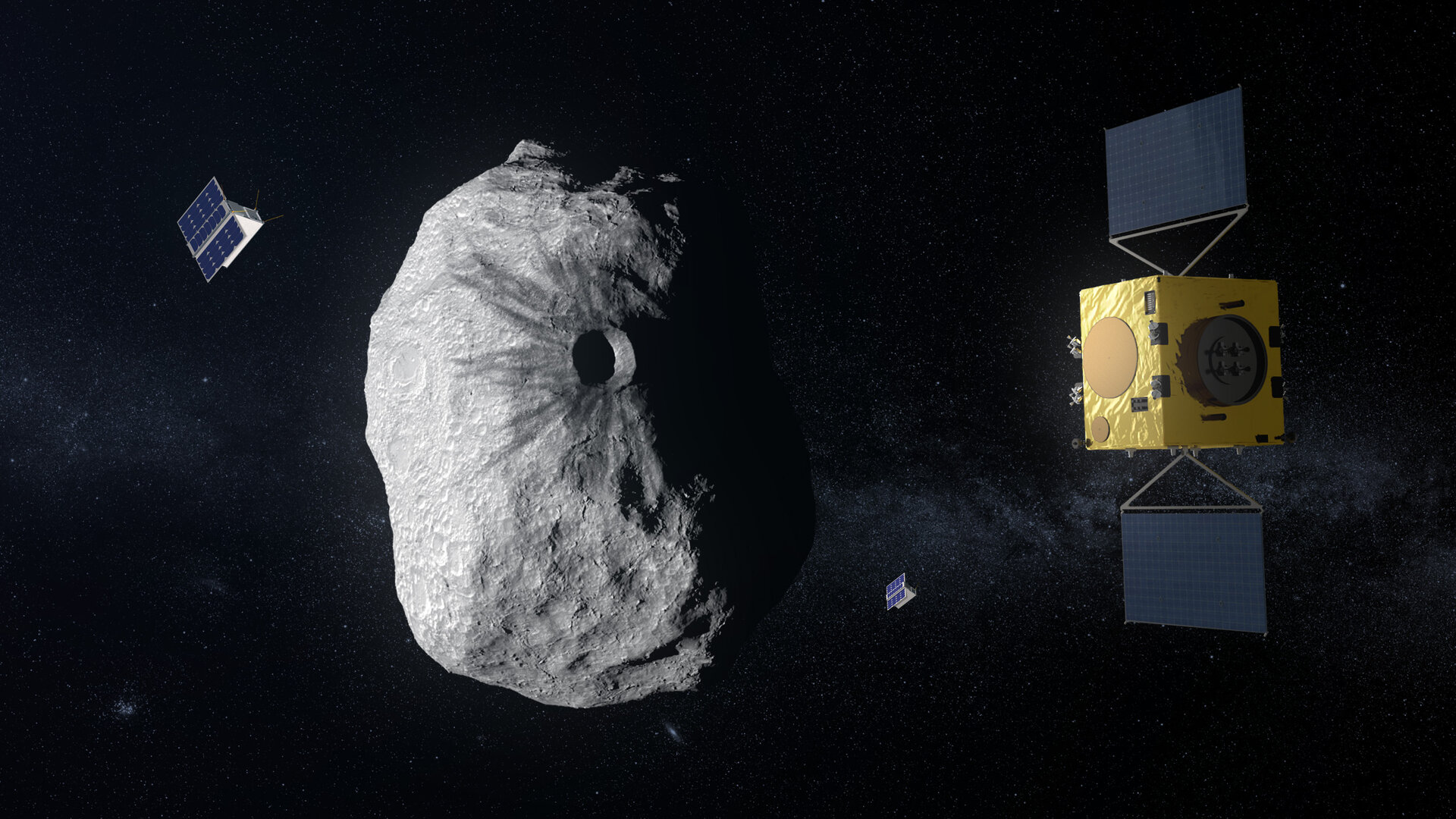 In 2022, NASA’s Double Asteroid Redirection Test (DART) collides with the smaller body of the Didymos binary asteroid system in an attempt to measurably shift its orbit.

ESA’s Hera mission will examine the aftermath of this impact to help determine whether humans can deflect threatening asteroids.

Hera will also demonstrate the ability to operate at close proximity around a low-gravity asteroid with some on-board autonomy similar in scope to a self-driving car, going on to deploy Europe’s first deep-space CubeSats, and potentially also a micro-lander, to test out a new multi-point intersatellite link technology.

Hera will be highlighted during Asteroid Day on 30 June, an annual opportunity to raise awareness of the threat and opportunity posed by the numerous rocky bodies traversing space.

As part of the UN-recognised Asteroid Day, hundreds of regional events take place world wide, with 78 countries so far having hosted concerts, community events, lectures and much more.

This year, the European Southern Observatory (ESO) and ESA will team up to co-produce a packed webcast, streamed live from the new ESO Supernova Planetarium and Visitor Centre in Munich, from 13:00 CEST.

The programme will highlight some of the most recent activities in the global hunt for risky asteroids, as well as conversations with ESA planetary scientists, asteroid experts and a variety of guest presenters. Fascinating insights into the 2013 Chelyabinsk event will be presented, as well as discussions around the possibility of one day sending humans to asteroids.