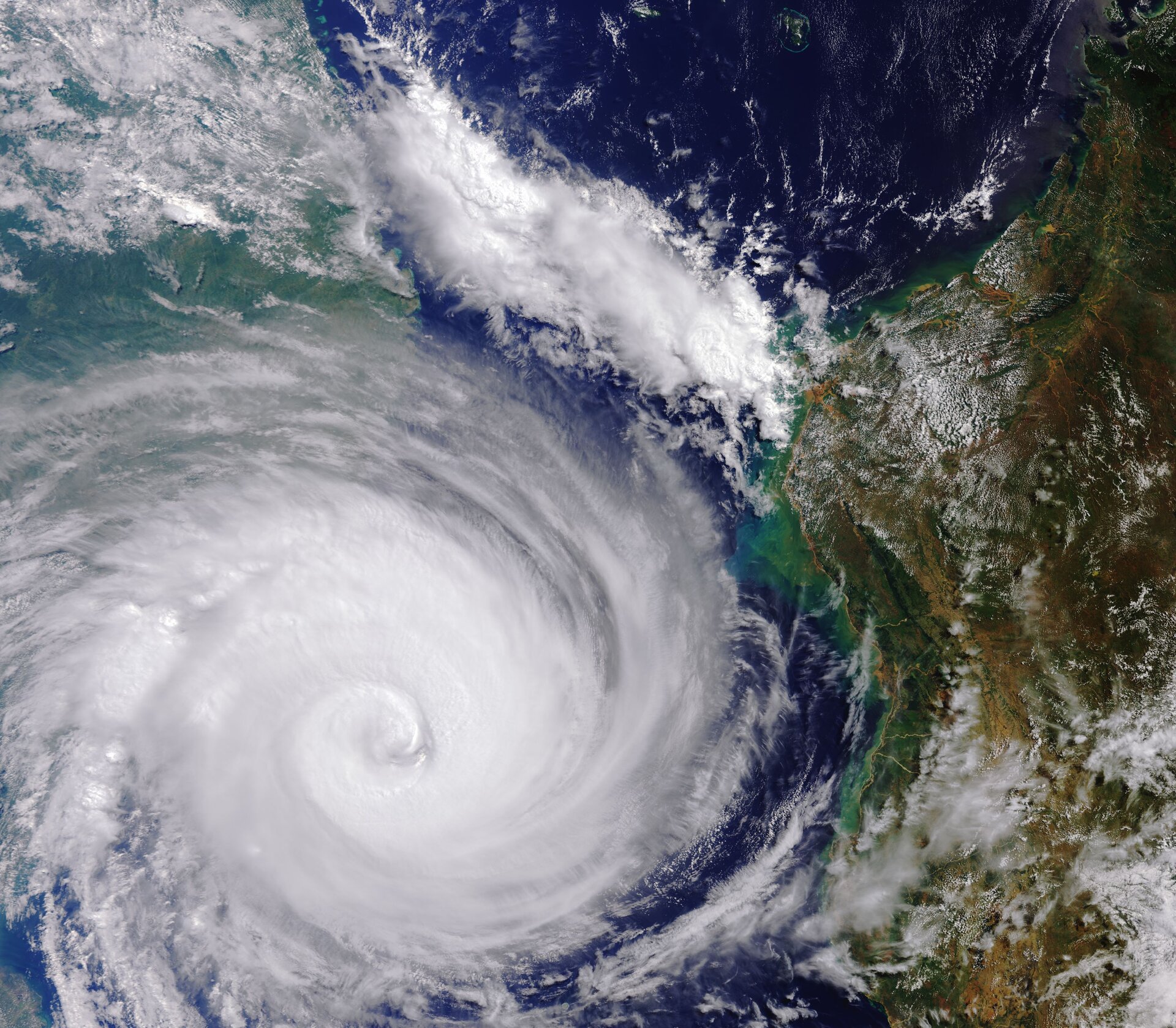 Captured by the Copernicus Sentinel-3 mission, this image shows Cyclone Idai on 13 March 2019 west of Madagascar and heading for Mozambique. Here, the width of the storm is around 800–1000 km, but does not include the whole extent of Idai. The storm went on to cause widespread destruction in Mozambique, Malawi and Zimbabwe. With thousands of people losing their lives, and houses, roads and croplands submerged, the International Charter Space and Major Disasters and the Copernicus Emergency Mapping Service were triggered to supply maps of flooded areas based on satellite data to help emergency response efforts.