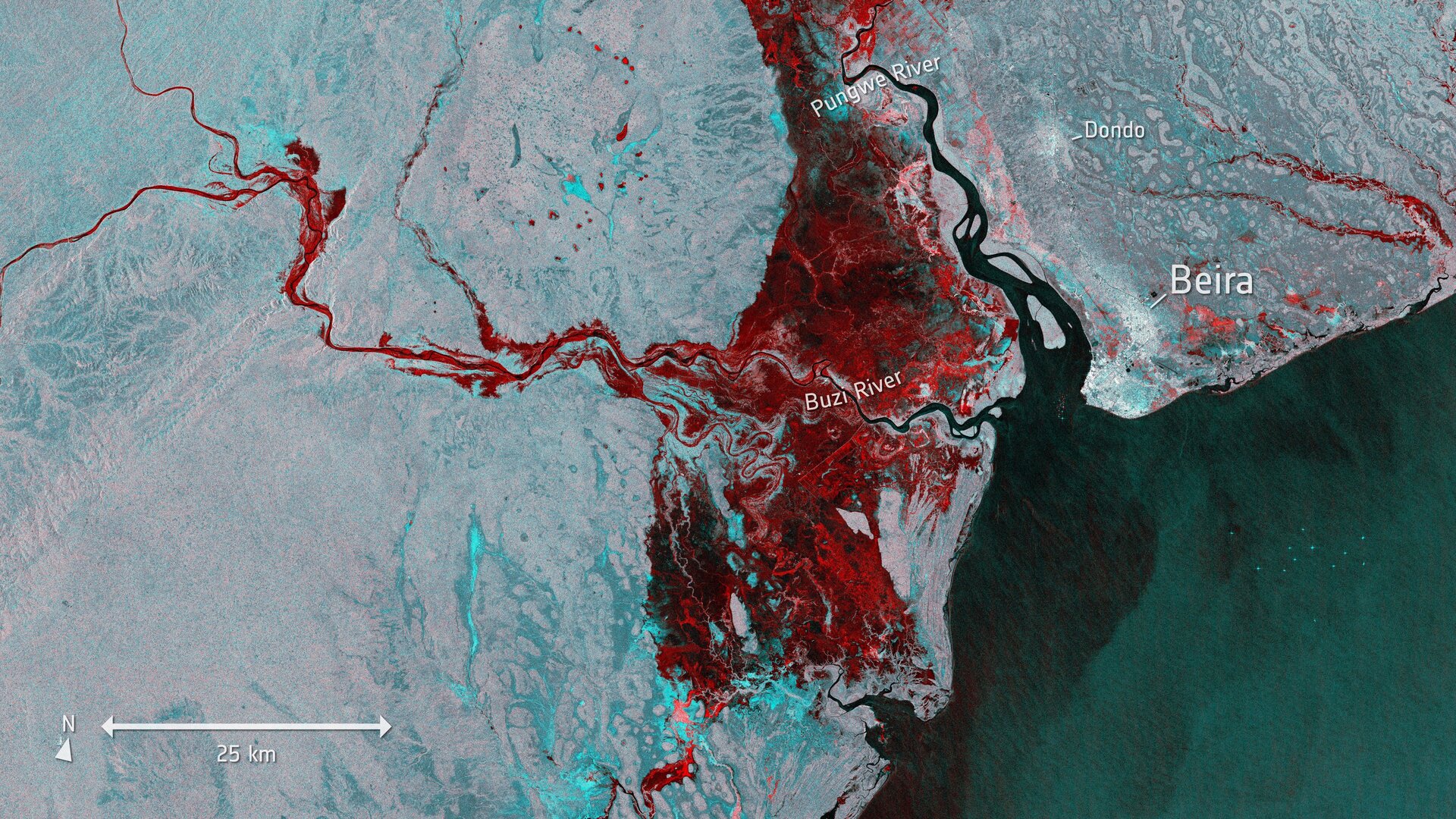 As millions of people in Mozambique, Malawi and Zimbabwe struggle to cope with the aftermath of what could be the southern hemisphere’s worst storm, Copernicus Sentinel-1 is one of the satellite missions being used to map flooded areas to help relief efforts.

Cyclone Idai swept through this part of southeast Africa over the last few days, leaving devastation in its wake. Thousands of people have died and houses, roads and croplands are under water.

It is currently thought that well over two million people in the three countries have been affected, but the extent of destruction is still unfolding.

The authorities and military are working desperately to rescue people, but roads and other transport and communication links are cut off.

In order to plan and execute this kind of emergency response it is vital to understand exactly which areas have been affected – especially as accessing people cut off is extremely challenging.

Satellites orbiting Earth can provide indispensable up-to-date information to observe such events, as shown here on the right from the Copernicus Sentinel-3 mission, and, importantly, to map flooded areas for response teams facing these dire situations.

The disaster triggered activations in both the Copernicus Emergency Mapping Service and the International Charter Space and Major Disasters.

Both services take advantage of observations from several satellites and provide on-demand mapping to help civil protection authorities and the international humanitarian community in the face of major emergencies.

The image at the top is from Copernicus Sentinel-1 and shows the extent of flooding, depicted in red, around the port town of Beira in Mozambique on 19 March. This image on the left uses the mission to map the flood for relief response through the Copernicus Emergency Mapping Service.

Sentinel-1’s radar ability to ‘see’ through clouds and rain, and in darkness, makes it particularly useful for monitoring floods.

Images acquired before and after flooding offer immediate information on the extent of inundation and support assessments of property and environmental damage.