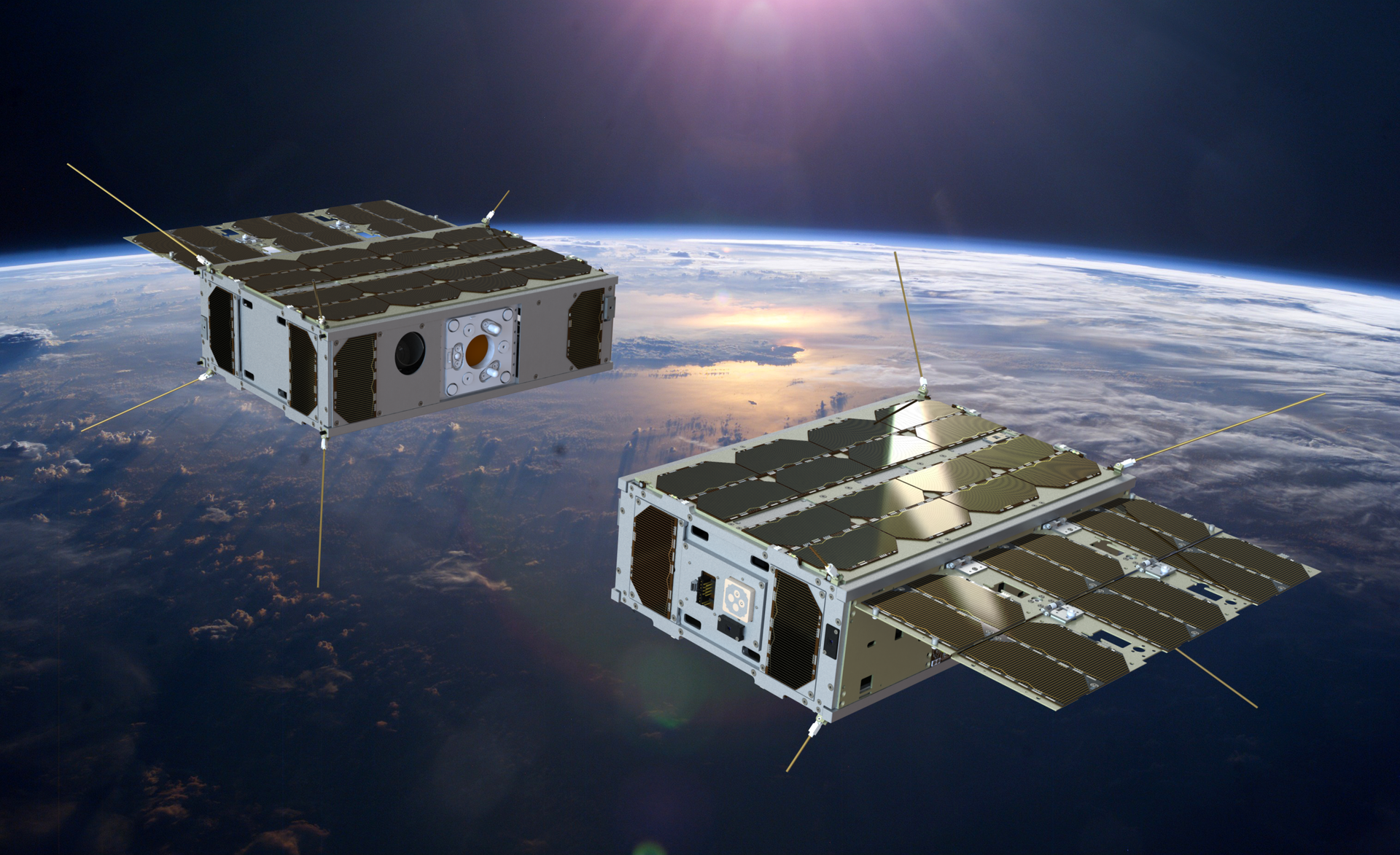 These twin briefcase-sized nanosatellites will manoeuvre around each other, before performing an automated docking in orbit.

CubeSats are low-cost satellites built up from standardised 10-cm boxes, increasingly used to demonstrate promising new technologies and approaches in space, as well as for educational, scientific and commercial applications.

The RACE mission concept involves two ‘6-unit’ CubeSats that will fly together in close formation, proving the capability of nanosatellites to perform close-proximity operations. These will include rendezvous and docking on a cooperative basis, and the ability to perform a close flyby around uncooperative targets, such as derelict satellites.

RACE is being developed by a European consortium led by the GomSpace company, with GMV working on guidance, navigation and control systems, Almatech contributing the docking mechanism and Micos the CubeSats’ visual navigation camera. The mission is being funded through ESA’s Fly element of the General Support Technology Programme, readying new concepts for space and the market.

“RACE will act as an in-orbit testbed for advanced guidance, navigation and control software and autonomous system behaviour,” explains Roger Walker, overseeing ESA’s technology CubeSats programme. “And by making it possible to assemble larger structures in space in this way, these ambitious CubeSats could open up many novel types of missions in future.”

“This event is focused on the current European state-of-the-art in this fast-expanding space sector and discussing key issues for future missions,” adds Roger. By popular demand these Industry Days have been expanded with an extra final day exploring CubeSat propulsion systems.