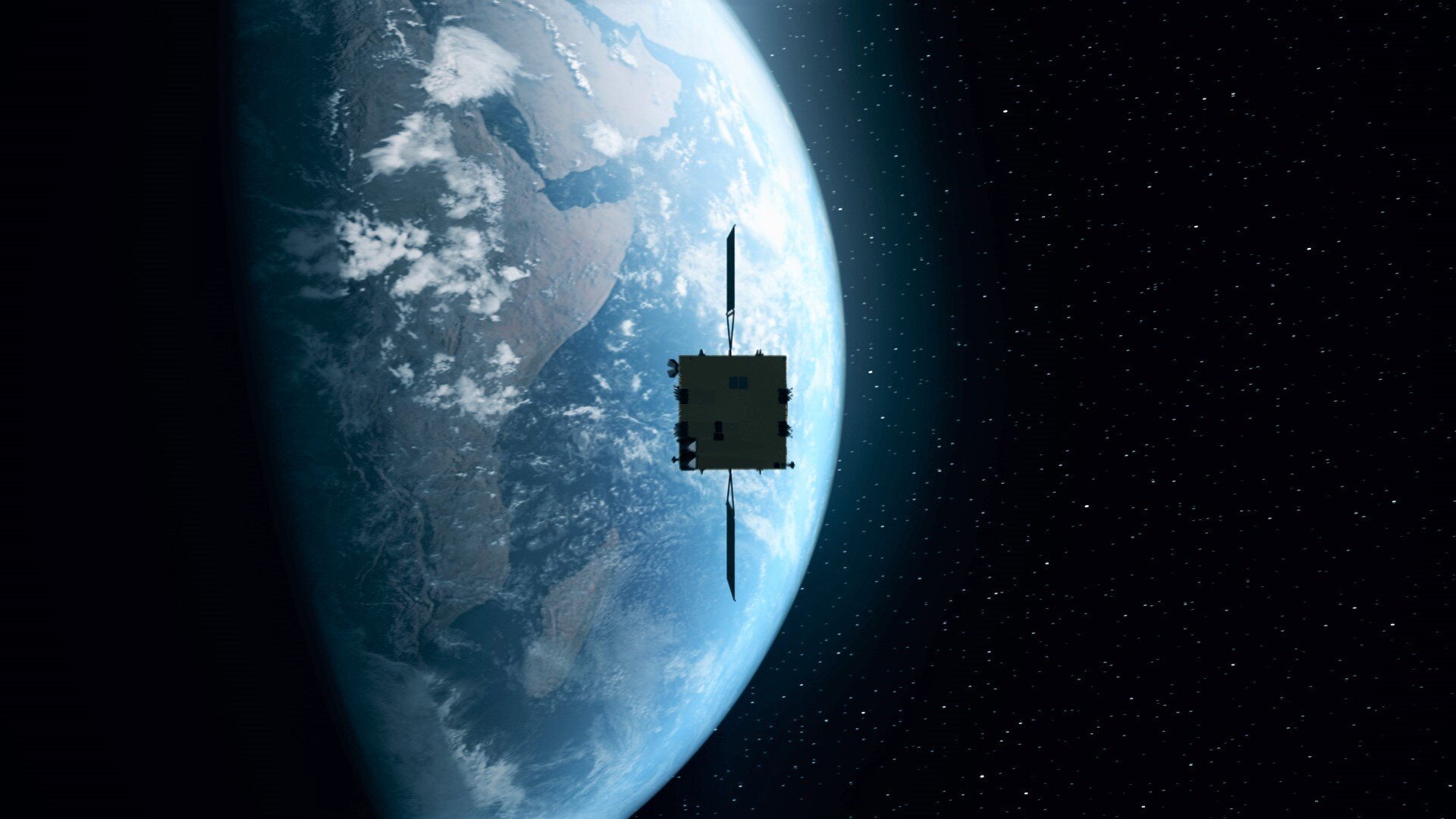 Hera – named after the Greek goddess of marriage – is a candidate ESA mission that will be humankind’s first probe to rendezvous with a binary asteroid system, a little understood class making up around 15% of all known asteroids.

Due to launch in 2024, Hera would travel to a binary asteroid system – the Didymos pair of near-Earth asteroids. The 780 metre-diameter mountain-sized main body is orbited by a 160 metre-wide moon, informally called ‘Didymoon’, which is about the same size as the Great Pyramid of Giza.

This artist’s impression is taken from the video Hera: ESA’s Planetary Defence Mission.