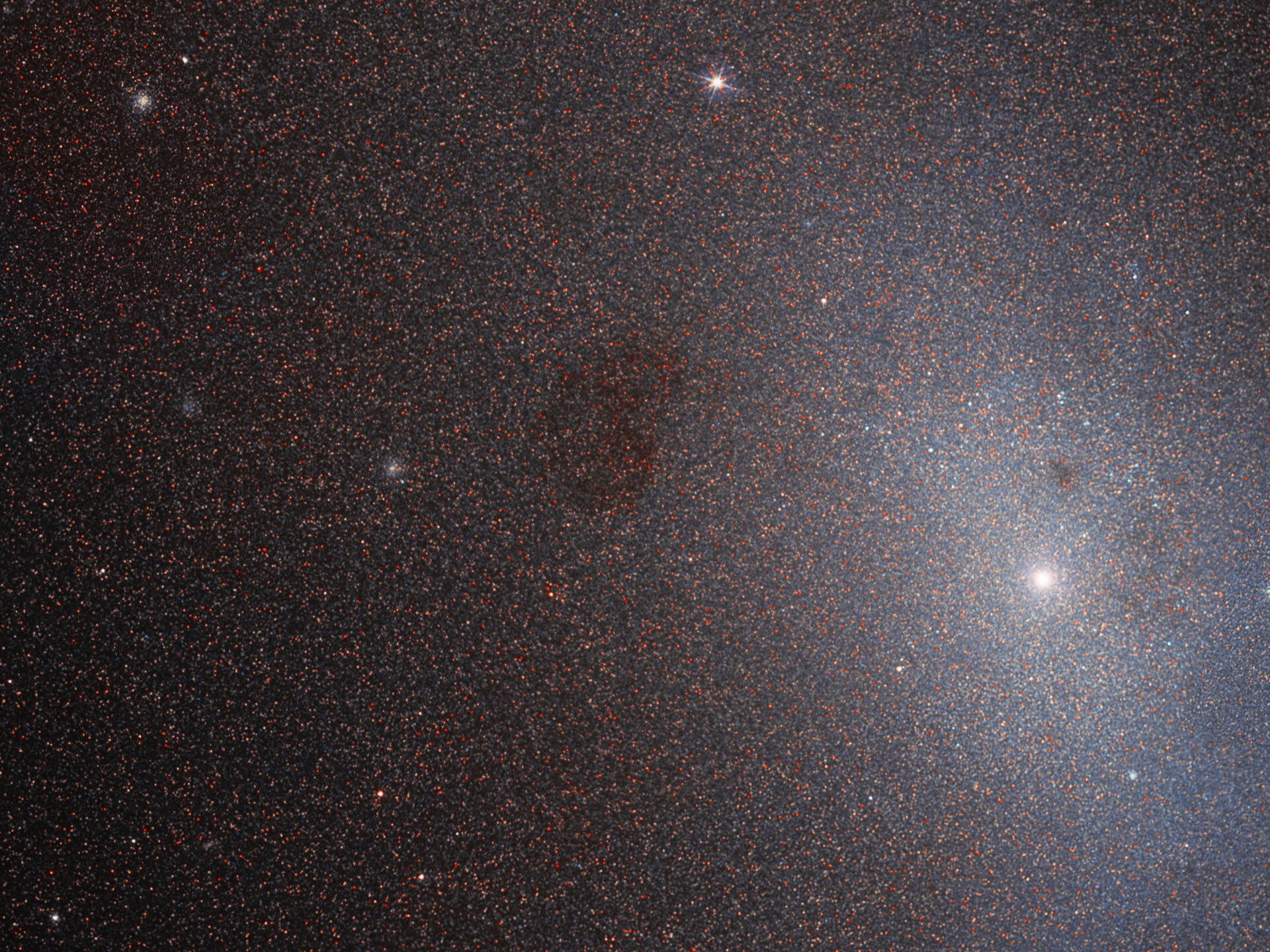 Not so dead after all

Many of the best-loved galaxies in the cosmos are remarkably large, close, massive, bright, or beautiful, often with an unusual or intriguing structure or history. However, it takes all kinds to make a Universe — as demonstrated by this Hubble Picture of the Week of Messier 110.

Messier 110 may not look like much, but it is a fascinating near neighbour of our home galaxy, and an unusual example of its type. It is a member of the Local Group, a gathering of galaxies comprising the Milky Way and a number of the galaxies closest to it. Specifically, Messier 110 is one of the many satellite galaxies encircling the Andromeda Galaxy, the nearest major galaxy to our own, and is classified as a dwarf elliptical galaxy, meaning that it has a smooth and almost featureless structure. Elliptical galaxies lack arms and notable pockets of star formation — both characteristic features of spiral galaxies. Dwarf ellipticals are quite common in groups and clusters of galaxies, and are often satellites of larger galaxies.

Because they lack stellar nurseries and contain mostly old stars, elliptical galaxies are often considered ‘dead’ when compared to their spiral relatives. However, astronomers have spotted signs of a population of young, blue stars at the centre of Messier 110 — hinting that it may not be so dead after all.