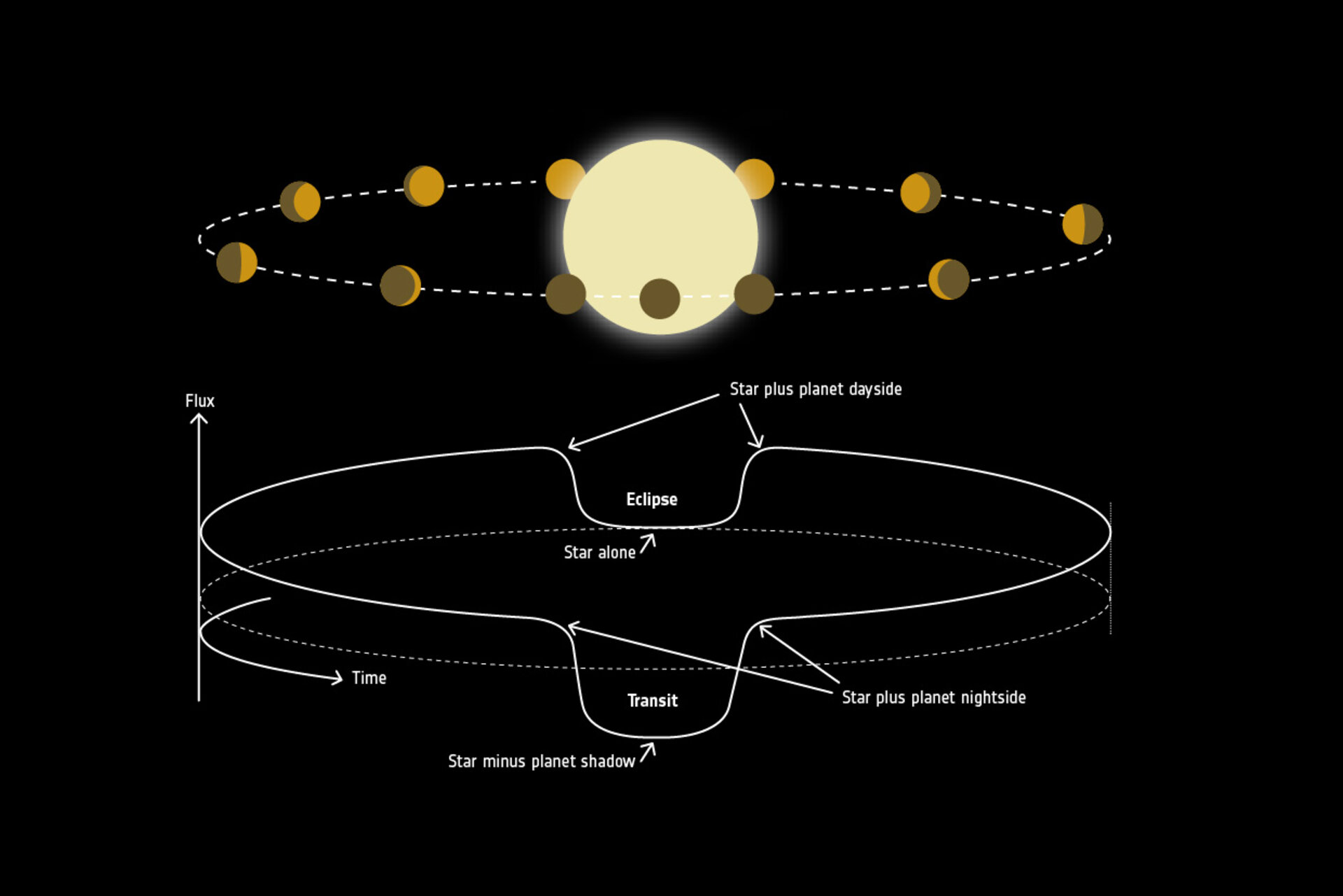 The phase curve method to study extrasolar planets, or exoplanets. Depending on a planet's position with respect to its host star, the total light collected by a telescope will include a varying fraction of light reflected off the planet, in a similar manner to how we experience the phases of the Moon.

The planet reflects no light during a phase known as secondary eclipse, when it is hidden from view, whereas it reflects some light shortly before and after this phase. In addition to that, the planet blocks a fraction of the light as it transits in front of the star.

The changes in starlight reflected by the planet as it orbits its star provide insight into the physical processes that drive the transport of heat from the hot day side to the cooler night side. Analysis of the phase curves also reveals details of the planet’s atmosphere, including the presence of clouds, and possibly even hints of the cloud composition.

ESA's Characterising Exoplanet Satellite, Cheops, will use the phase curve method to study some of the brightest stars in the mission's list of targets.