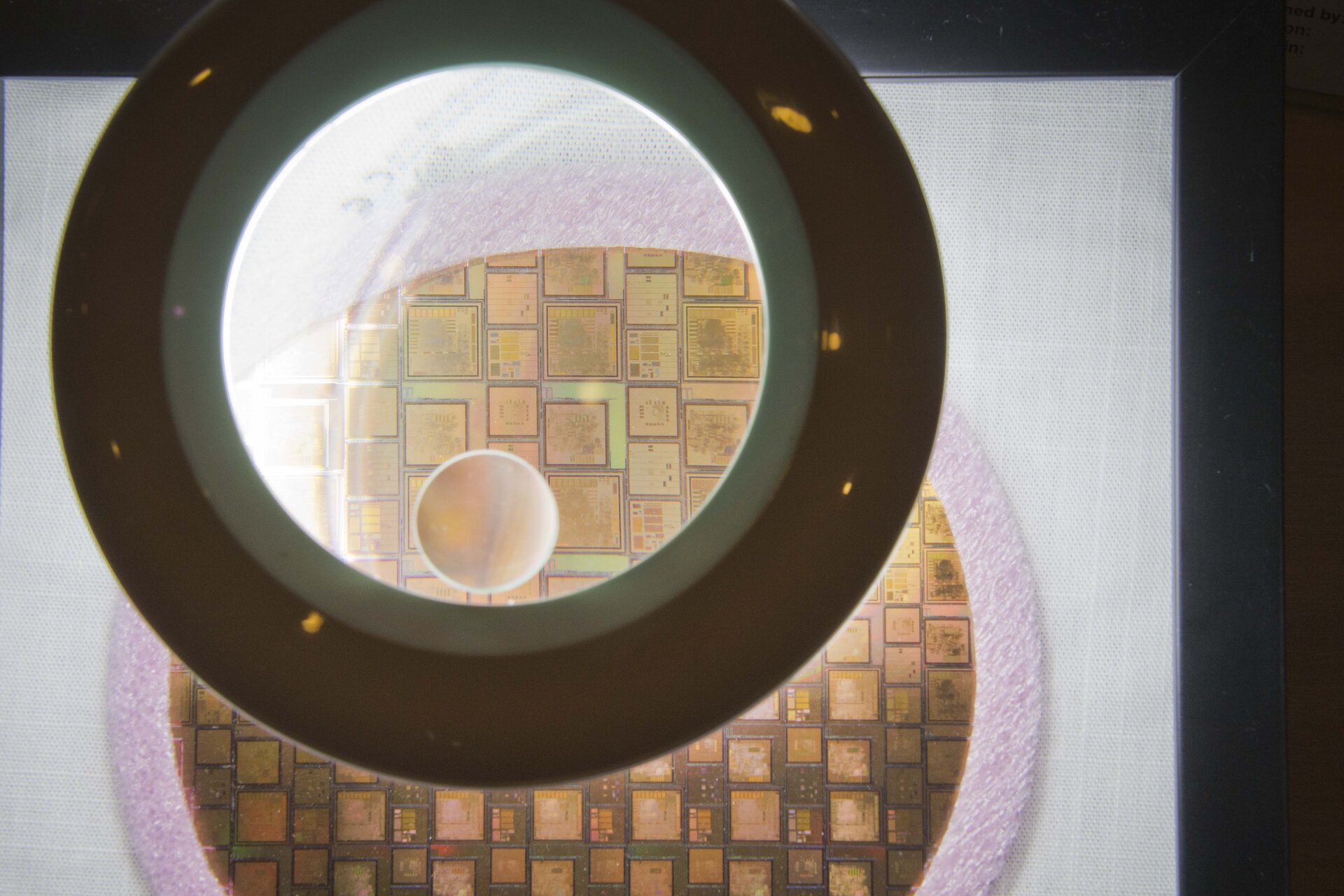 Tiny integrated circuits destined for space missions, etched onto a single wafer of silicon, examined under a magnifier.

To save money on the high cost of fabrication, various chips designed by different companies and destined for multiple ESA projects are crammed onto the same silicon wafers, etched into place at specialised semiconductor manufacturing  plants or ‘fabs’.

Once manufactured, the chips, still on the wafer, are tested. The wafers are then chopped up. They become ready for use when placed inside protective packages – just like standard terrestrial microprocessors – and undergo final quality tests.

Through little metal pins or balls sticking out of their packages these miniature brains are then connected to other circuit elements – such as sensors, actuators, memory or power systems – used across the satellite.

Think of these IP cores as the tiniest mission ‘building blocks’: specialised designs to perform particular tasks in space, laid down within a microchip. These range from single ‘simpler’ functions such as decoding signals from Earth to control the satellite to highly complex computer tasks such as operating a complete spacecraft.