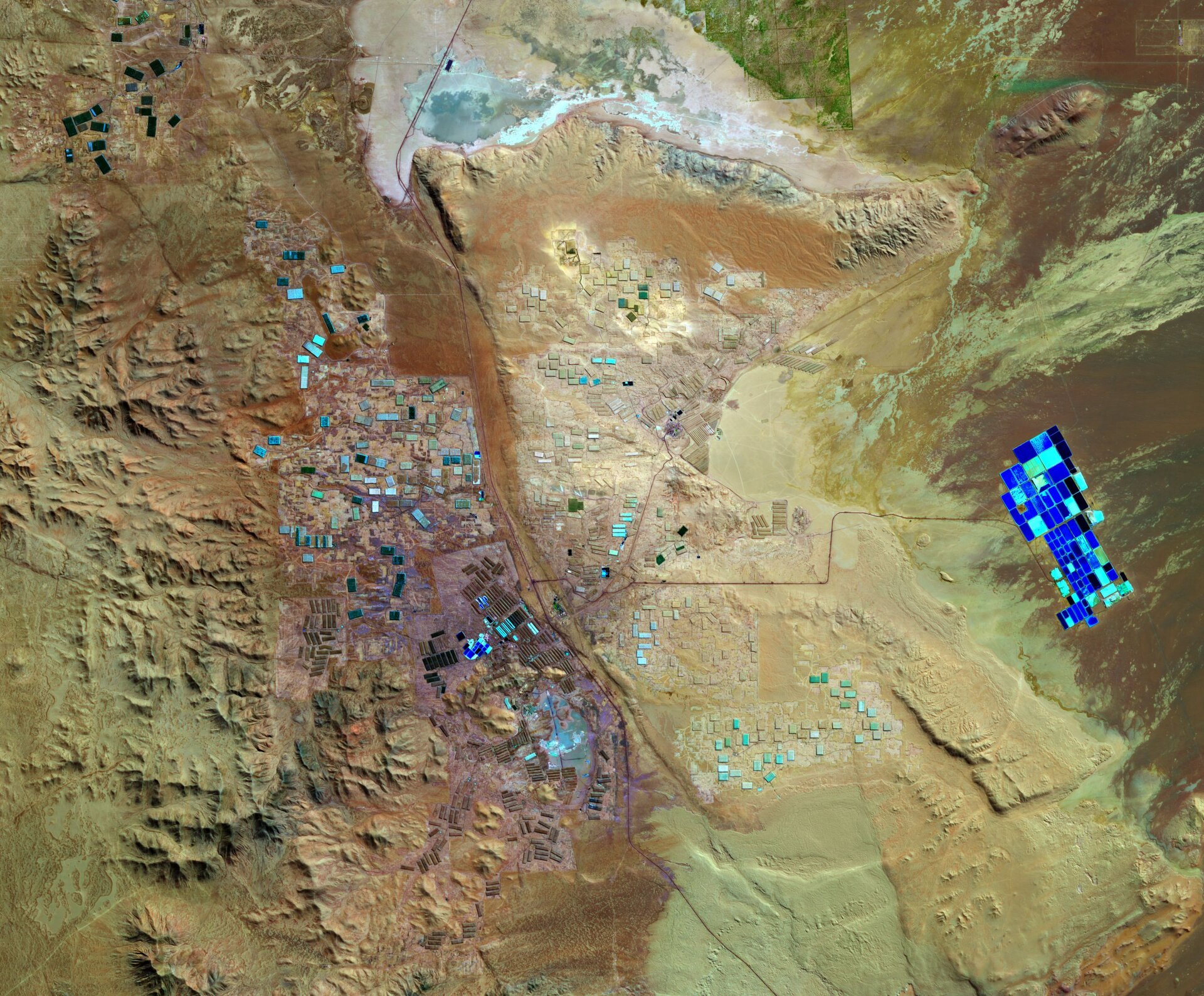 The Copernicus Sentinel-2 mission takes us over part of Chile's Atacama Desert, which is bound on the west by the Pacific and on the east by the Andes. The Atacama is considered one of the driest places on Earth – there are some parts of the desert where rainfall has never been recorded.

In this image, captured on 26 June 2019, a specific area in the Tarapacá Region, in northern Chile, is featured – where some of the largest caliche deposits can be found. It is here where nitrates, lithium, potassium and iodine are mined.

Iodine, for example, is extracted in a process called heap leaching – which is widely used in modern large-scale mining operations. Leach piles are visible as rectangular shapes dotted around the image, although the exact reason for the different shades of colour is uncertain. Some leach piles could appear lighter or darker owing to the varying water content or soil type concentration.

The geometric shapes in the right are large evaporation ponds. Brine is pumped to the surface through a network of wells into the shallow ponds. The dry and windy climate enhances the evaporation of the water and leaves concentrated salts behind for the extraction of lithium – which is used in the manufacturing of batteries.

The bright, turquoise colours of the evaporation ponds are in stark contrast with the surrounding desert landscape – making them easily identifiable from space. Distinctive black lines visible in the image are roads that connect to the various construction sites.

Copernicus Sentinel-2 is a two-satellite mission to supply the coverage and data delivery needed for Europe’s Copernicus programme. This false-colour image was processed by selecting spectral bands that can be used for classifying geological features.