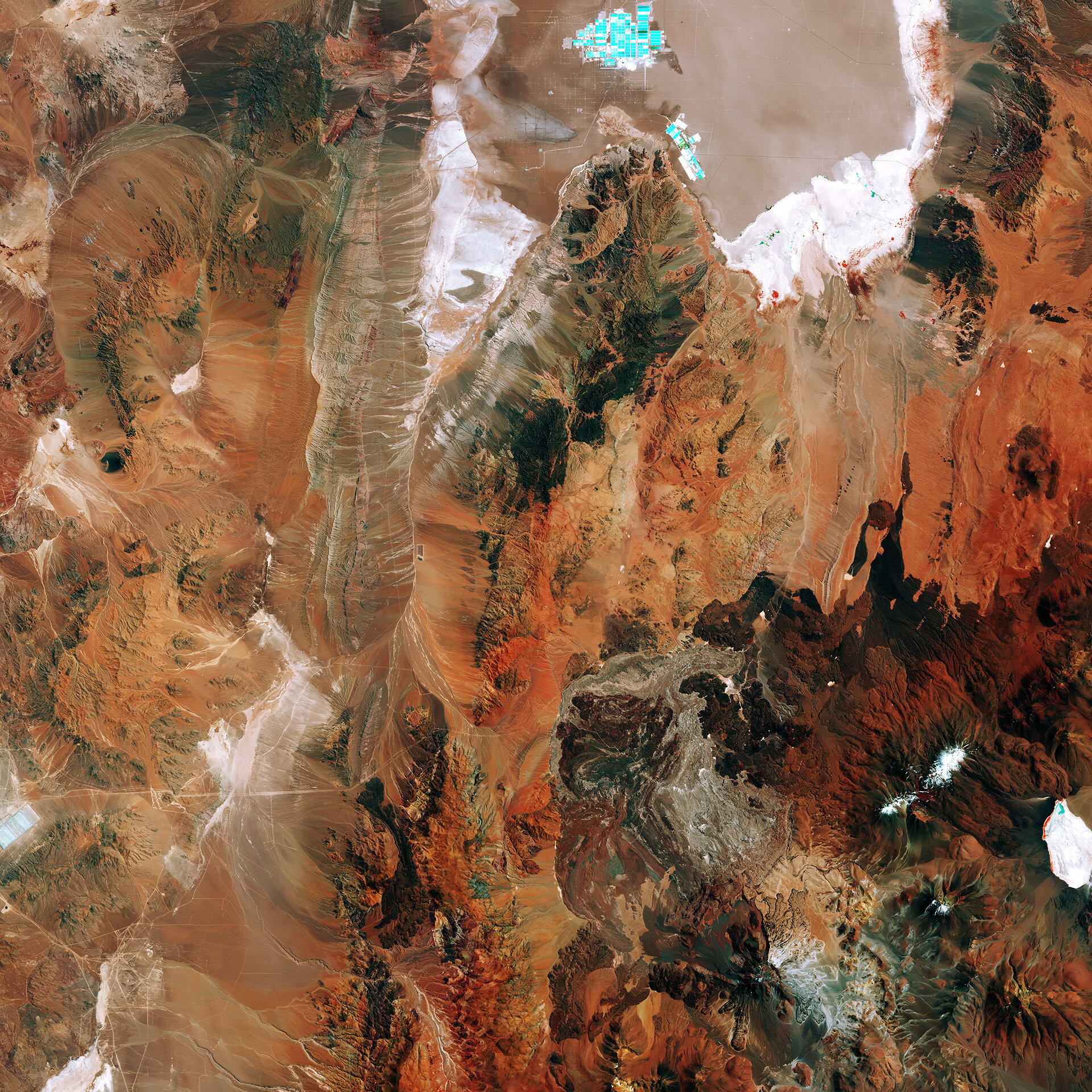 The Sentinel-2A satellite takes us to the diverse landscape of the eastern Atacama desert in South America. The region pictured lies around 200km east of the Chilean city of Antofagasta on the Pacific coast (not pictured), and is virtually devoid of vegetation.

At the top of the image we can see part of Chile’s largest salt flat, the Salar de Atacama. With an average elevation of some 2300 m above sea level, it is formed by waters flowing down from the Andes, which, having no drainage outlets, are forced to evaporate, leaving salt deposits.

The bright turquoise rectangles and squares visible along the top part of the image are evaporation ponds. Subsurface salt brines are pumped from beneath the saline crust in two different areas. In one of them, extracted salt brines have unrivalled concentration levels of potassium and lithium. In the other, the brines obtained contain high concentrations of sulphate and boron.

In the lower right part of the image we can see the Socompa stratovolcano, known for its ‘debris avalanche deposit’ where the land collapsed on its western rim some 7000 years ago. The area has since been partially filled by lava, and we can see dark lava flows around the volcano.

The multispectral instrument on Sentinel-2 uses parts of the infrared spectrum to analyse mineral composition where vegetation is sporadic. In this false-colour image, the intense shades of brown and orange come from the use of an infrared part of the spectrum leading to an exaggeration of colour intensity.

This image – also featured on the Earth from Space video programme – was captured by Sentinel-2A on 8 March. The satellite is the first in the twin satellite Sentinel-2 mission for Europe’s Copernicus programme, and carries a wide-swath high-resolution multispectral imager with 13 spectral bands, for a new angle on our land and vegetation.