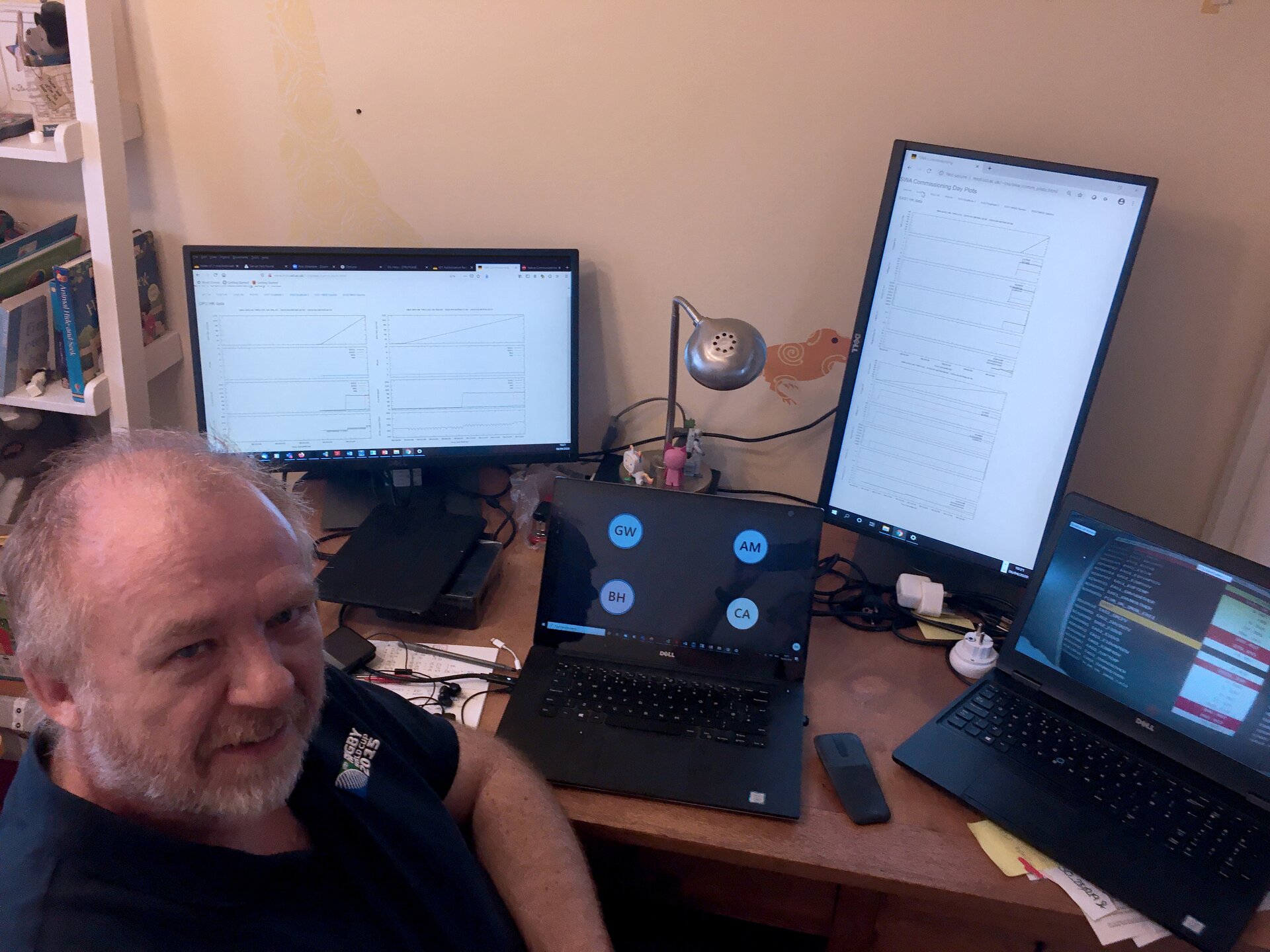 Christopher Owen, of the University College London's Mullard Space Science Laboratory (UCL/MSSL), the principal investigator of the Solar Wind Plasma Analyser (SWA), led the commissioning of the instrument from his two-year-old son’s playroom.

The SWA’s three sensors for measuring properties of the solar wind couldn’t be activated in the first weeks following Solar Orbiter’s launch in February 2020. Their deployment requires high voltages of up to 30kV, which would be unsafe in the early days of the spacecraft’s orbital life.

“We got started just as the COVID-19 virus started to bite,” says Chris. “We managed a few sessions of our commissioning of low voltage subsystems before we were 'evicted' from ESA’s operations centre (ESOC) because of the anti-pandemic measures and then from our labs in the UK.”

Security concerns required ingenious solutions such as viewing the ESOC control screens, which showed the data from the spacecraft, via a webcam. The main drawback of the ‘home-office’ set-up was the added delay between the action being performed by the spacecraft and the data about the status of the operation reaching the team.

“The time delays from sending a command to seeing the results on these screens often approached five minutes, which is a good mechanism for keeping adrenaline levels uncomfortably high,” says Chris. “We would have wanted to put the brakes on if there had been any sign of an anomaly that might have led to an electrical discharge since that would have been a threat to the instruments and in worst case possibly the spacecraft. I felt quite queasy at the end of more than one day when we were turning on high-voltages for the first time.”

The laptop on the right in this image shows the webcam footage from ESOC with live data from SWA. The centre laptop hosts a meeting between the UK, US, French, Italian and Czech teams behind the SWA instrument.

“The two stand-alone screens show plots of ‘as-close-as-one-can-get-to-real-time’ data downloaded from ESOC to MSSL, plotted on the fly and updated every minute, so we can view the response of the sensor to commands before moving to the next step of the high-voltage ramp up,” says Chris. “The only person who could issue the actual commands to the spacecraft was our colleague at ESOC, Daniel Lakey, with whom we communicated via Webex.”