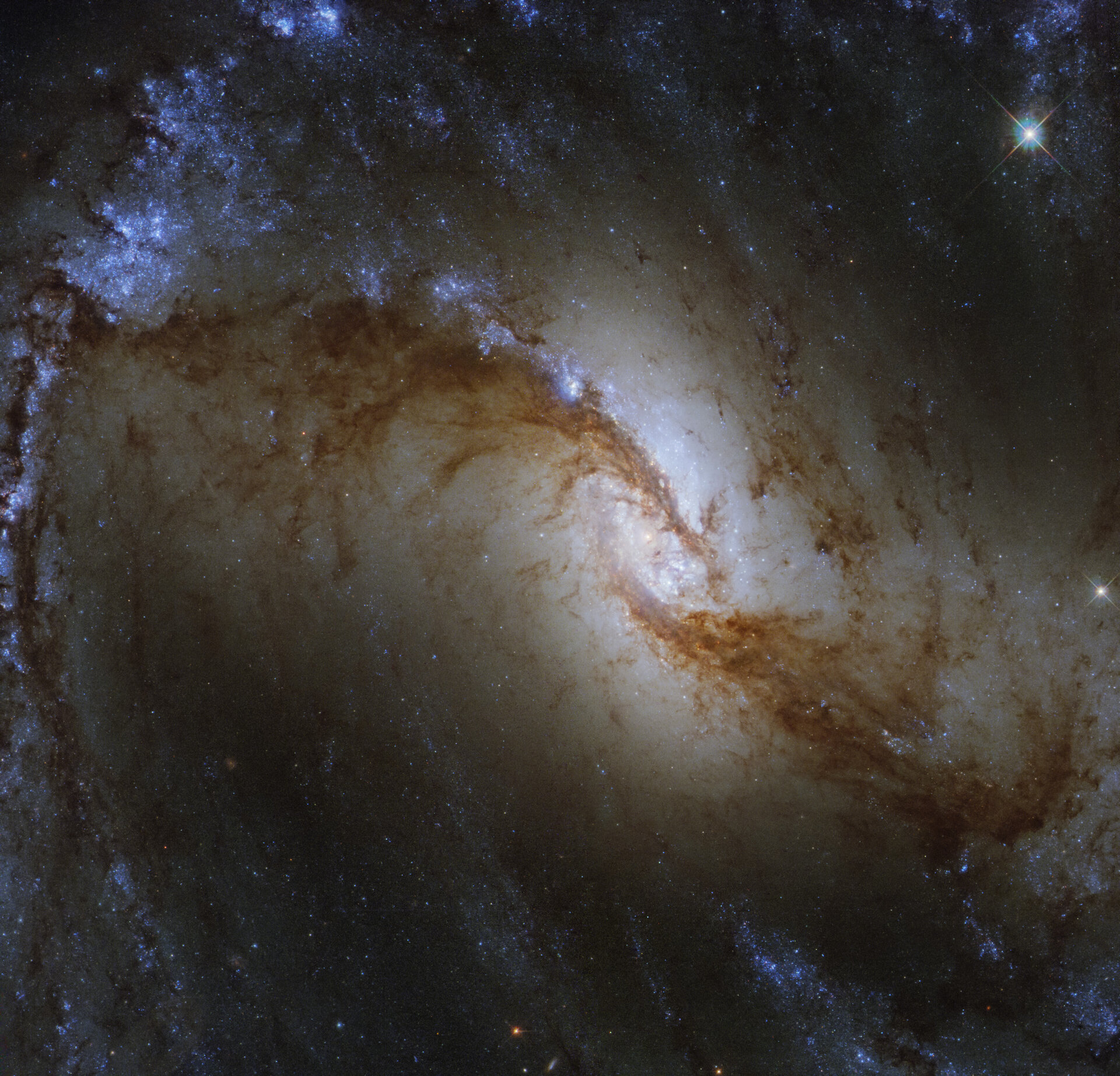 Survey of the stars

At around 60 million light-years from Earth, the Great Barred Spiral Galaxy NGC 1365 is captured beautifully in this image by the NASA/ESA Hubble Space Telescope. Located in the constellation of Fornax (The Furnace), the blue and fiery orange swirls show us where stars have just formed and the dusty sites of future stellar nurseries.

At the outer edge of the image, enormous star-forming regions within NGC 1365 can be seen. The bright, light-blue regions indicate the presence of hundreds of baby stars that formed from coalescing gas and dust within the galaxy's outer arms.

This Hubble image was captured as part of a joint survey with the Atacama Large Millimeter/submillimeter Array (ALMA) in Chile. The survey will help scientists understand how the diversity of galaxy environments observed in the nearby Universe, including NGC 1365 and previous ESA/Hubble Pictures of the Week such as NGC 2835 and NGC 2775, influence the formation of stars and star clusters. Expected to image over 100 000 gas clouds and star-forming regions beyond our Milky Way, the PHANGS survey is expected to uncover and clarify many of the links between cold gas clouds, star formation and the overall shape and morphology of galaxies.