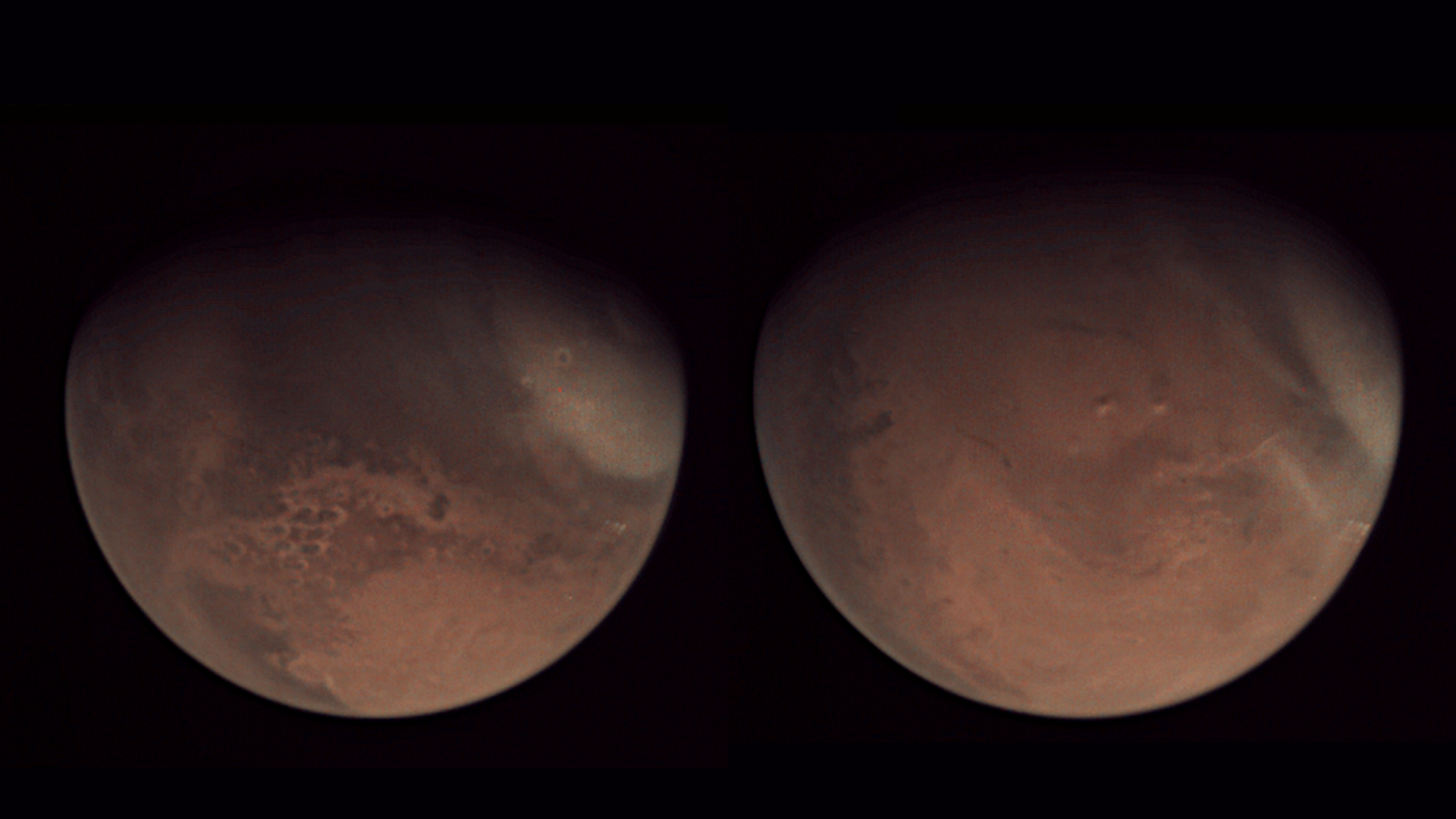 The image on the left was taken on 6 February and the image on the right on 7 February – one of the first images returned from the new martian year. The images were captured by the Visual Monitoring Camera onboard ESA’s Mars Express, which takes regular snapshots of the planet from orbit. The images are automatically shared to the camera’s Twitter account and posted to Flickr.

One year on Mars equals 687 Earth days, so it takes almost twice as long to orbit the Sun. Your birthday would instead be every 23 Earth months!