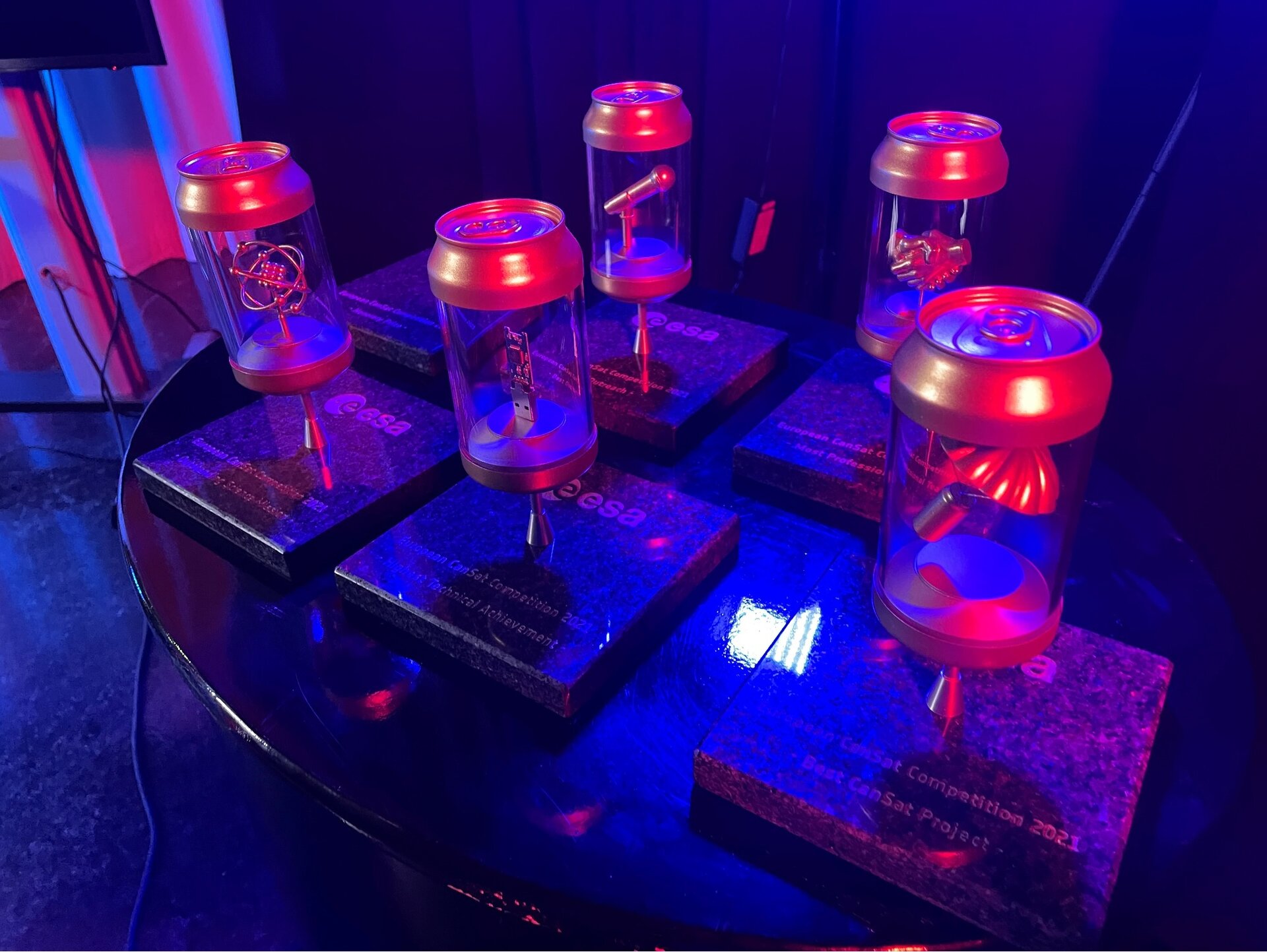 Nothing could stop the 19 finalist teams of the 2021 European CanSat competition – not the Covid restrictions, nor the fact that this year’s challenge had to be run in a fully virtual mode – from performing as top space professionals and impressing the jury of experts!

The 2021 European CanSat Competition virtual edition took place from 29 September to 8 October 2021. The teams took part in this virtual campaign after either winning their national competition or being selected by ESA to represent their country in this exciting championship.

As in all editions of the European CanSat competition, first the teams presented their CanSat project to a jury of ESA experts. Then the competition took a different turn than in the past. Instead of physically seeing their CanSats launched on small rockets, receiving their data and analyzing them – not possible this year due to the pandemic – the jury assigned each team three challenges related to their project. The jury gave the students less than a week to solve the challenges, pushing them to be inventive, think outside the box and use their problem-solving skills, just as space experts do in real life. Then, the teams were called to present their solutions to the jury.

Throughout the virtual competition, participants were judged in several categories including their engineering approach, scientific mission, professionalism, and outreach efforts.

The jury, which assigned 6 teams a prize at the closing ceremony on 8 October, was extremely impressed with the amazing quality of the projects, making the selection of a single winning team in each category more difficult than ever. Watch the CanSat 2021 Awards ceremony below.

This team analysed the air quality during flight using a particle matter sensor and collected bacteria in the atmosphere in order to carry out a bacteriological analysis.

The Fat Electrons built a detector to study the muons as a proof of Einstein’s theory of relativity.

LatSat obtained and analysed visual data to count objects in the area with potential applications including land surveying, animal population tracking to traffic management at intersections.

This team developed a seed dispenser to repopulate areas of forest with difficult access that have been severely damaged by wildfires.

A brief summary of the other projects in this year’s competition is in alphabetical order below:

Team CANTaurus​ from Austria analysed the environmental conditions of an extra solar planet to assess habitability utilising a variety of sensors and a slime mould chamber.

Team Sat-Thomas More​ from Canada​ scanned for infrared heat signatures during the descent of the CanSat, with applications of searching for geothermal features on a new planet, and searching for forest fire signals through cloud cover on Earth.​

Team GyKoVySAT​ from Czech Republic​ measured the concentration of climate change-related gases in the atmosphere​.

Team EarthExpress​​ from Germany identified and localized different objects on the ground using a stereoscopic camera and reaction wheel.

Team Orion II from Greece developed a navigation system to be used by a mission to study the ground and atmospheric conditions featuring a ram-air parachute and propeller system capable of a guided landing.

Team PremSat​ from Hungary​ measured the vertical distribution of CO2 levels and the change of the radioactive radiation originated from the Earth.

Team LTS_CanSat​ from Luxembourg​ gathered information on greenhouse gas concentrations and radiation presence to raise awareness on how certain greenhouse gasses released by human activities, such as carbon dioxide and nitrous oxides, can contribute to climate change and the destruction of the ozone layer of our atmosphere.​

Team SATaloios​ from Portugal studied the total solar irradiance during the descent of their CanSat.​

CoderDojo Oradea Space Robotics​ from Romania studied atmospheric data and used a Convolutional Neural Network to map terrain and detect pre-trained landscape types to determine the possibility of the existence of the minimum living conditions on the targeted planet based on collected data and images.​

Team Vegasat​ from Slovenia​ studied the growth of electron crystals in microgravity.​

Team Scobestar​ from the United Kingdom designed an airbag system to enable their CanSat to perform a safe and soft landing on terrain comprised of a thick layer of fine dust.

ESA Education would like to thank our jury members Massimo Bandecchi, Sandra Mangunsong, Cristina Del Castillo Sancho and Anestis Mavridis for their expert knowledge and support of this year’s competition. We would also like to thank all the National Organisers and those who support the CanSat competition behind the scenes.

Once again, a huge congratulations to all the teams that participated in this year’s competition. Your persistence and ability to deliver exceptional projects under difficult circumstances is truly commendable. 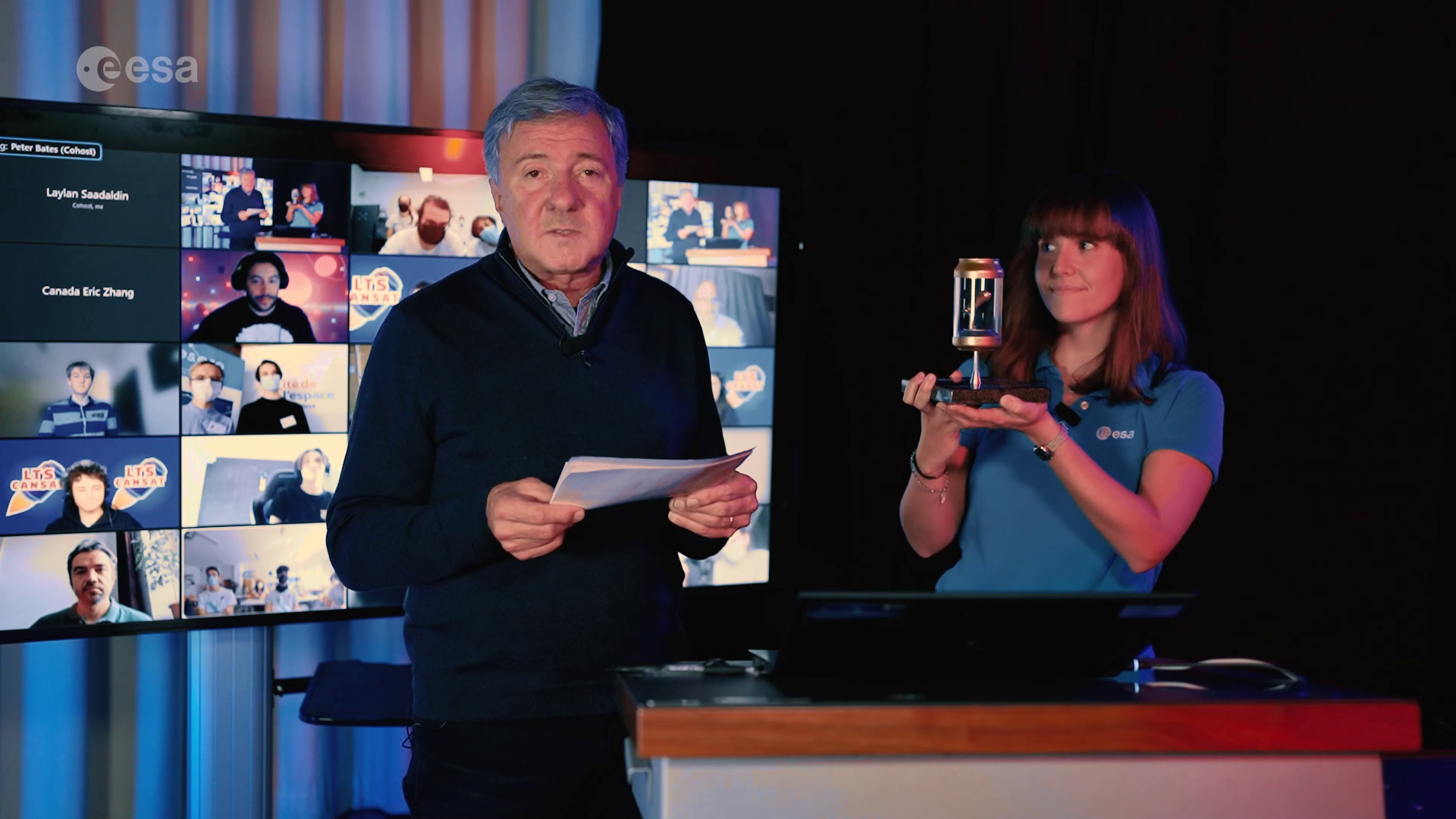