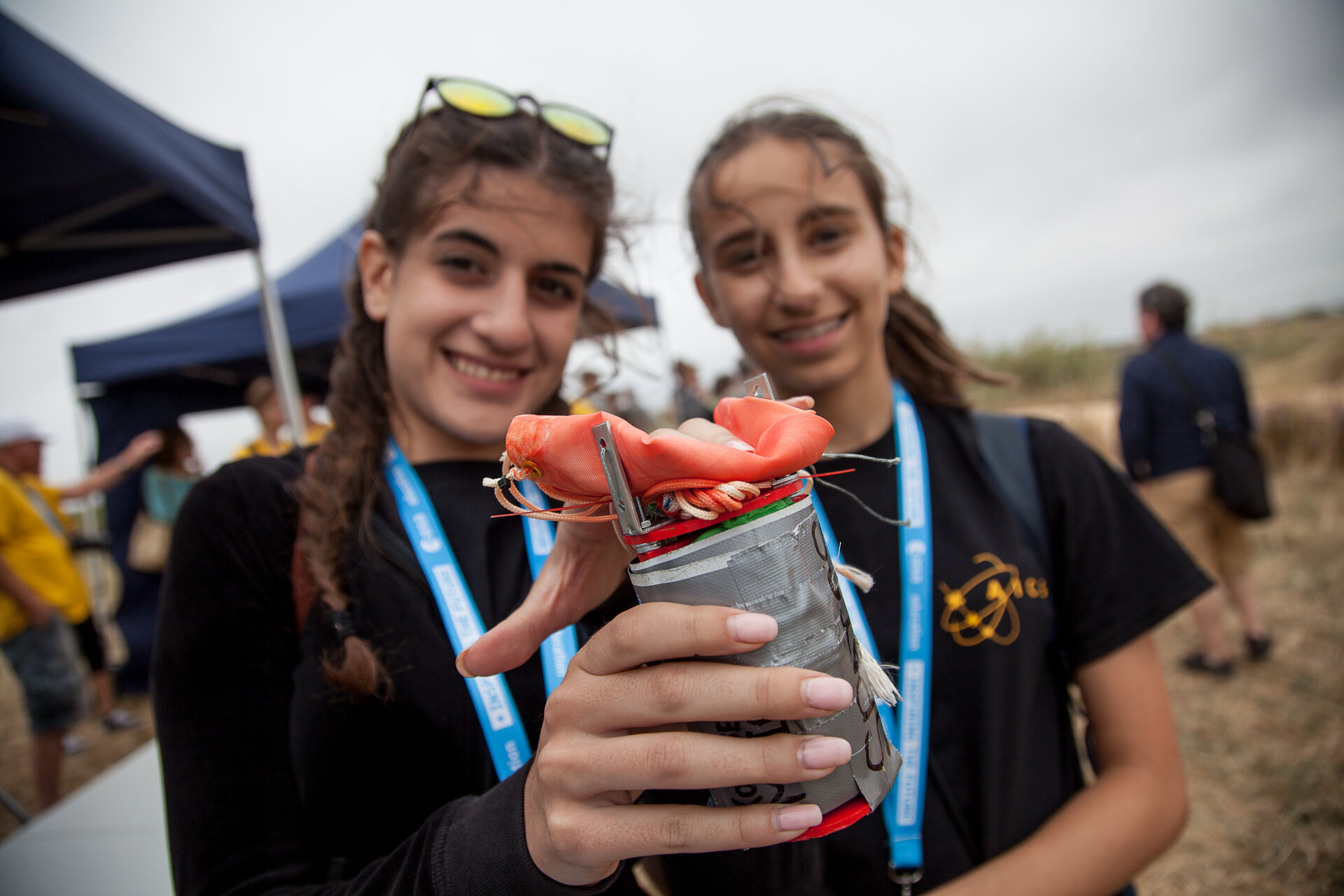 In this constantly changing world, there is usually more than meets the eye. Can you imagine building a satellite so small that it could fit into a soft drink can? Can you picture launching it on a rocket?

Well guess what? You can! CanSats are small ‘satellites’ containing all the necessary subsystems found in a real satellite - such as power and communications - that fit into a 330ml soft drink can. Even if they do not actually go into space, they are released from a rocket at an altitude of about 1 kilometre. On their way back to the ground, CanSats have to perform a certain mission and land safely, just like a space probe descending and landing on another planet.

Get together with your classmates and a teacher, and accept the CanSat challenge!

First of all, read the guidelines attentively.  You will find all the relevant information you need to start taking part in this competition. You can find them here.

In the guidelines you will also find out that, even if your country doesn’t run an ESA-endorsed national competition, you can still take part in the 2017 competition. Download and fill in your proposal form and submit it to ESA’s Education office CanSat e-mail (cansat @ esa.int) before Tuesday 14 February at 22:00 Central European Time (CET), with the title: '2017 European CanSat Competition Call for Proposals' clearly indicated in the subject line.

Regardless of whether you are a national winner or directly selected by ESA, you will be granted a slot and will receive sponsorship from ESA to participate in the 2017 Cansat European launch campaign, which will take place from 28 June to 2 July 2017. The campaign location will be announced at the end of January 2017.

Here’s an outline of the launch campaign:

At the launch campaign you will be able to launch your CanSat and perform your mission with several other teams representing different European countries. Keep in mind that your CanSat must be designed to complete a primary as well as a secondary mission.

The primary mission is the same for all participating teams: to measure the air temperature and air pressure as their CanSat descends back to Earth. The data must be transmitted by the CanSat at least once every second, so that your team can analyse it and display it on a graph. The secondary mission has be decided by each participating team. For example, it could be the measurement of more advanced parameters, such as acceleration, GPS location or surrounding radiation levels, or it could be to perform a landing using a control mechanism such as a parafoil to come down as close as possible to a target. It can even be the release of a small rover after landing!

To get an idea of what you could do, have a look at the secondary missions performed by  the winning teams of the 2016 European CanSat Competition:

1st prize: the ENTA Team SAT2 from Portugal designed an innovative capsule to hold the electronics of the CanSat with an optimised and improved ground control. The students created a monitor and control panel and studied the solar light irradiance to evaluate photovoltaic potential by integrating light sensors.

2nd prize: the URSinvestigators team from Germany measured relative humidity and designed their CanSat to collect air samples during its fall, using an innovative triggering mechanism. Once on the ground, the air samples were analysed using a portable gas chromatograph with helium as carrier gas.

3rd prize: the ConfeyCan team from Ireland attempted a two-way communication with the CanSat using two different antennas. The strength of the solar radiation was analysed from flexible solar panels wrapped around the CanSat, and proved to be a compact and robust design.

In order for teams to be considered eligible, the following conditions should be fulfilled:

ESA sponsorship
ESA will cover the accommodation, meals, and local transportation expenses to the 2017 CanSat European Launch Campaign (one teacher and a maximum of  6 students) for all participating teams, as well as all costs for the rocket launches and the related flight activities. Teams will have to fund transportation from their hometown to the CanSat campaign destination and back.

For information and queries, contact us at: cansat @ esa.int. 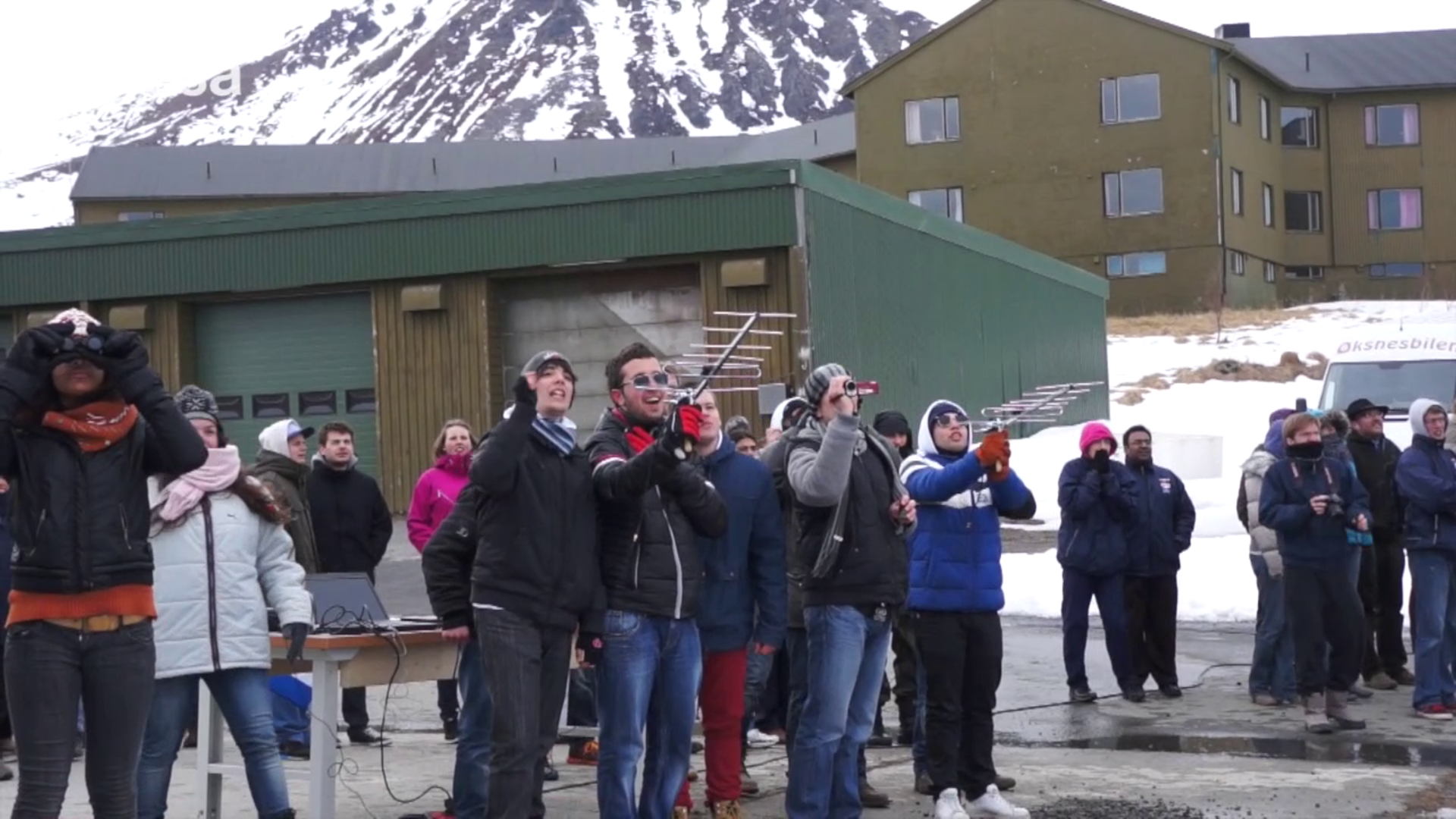