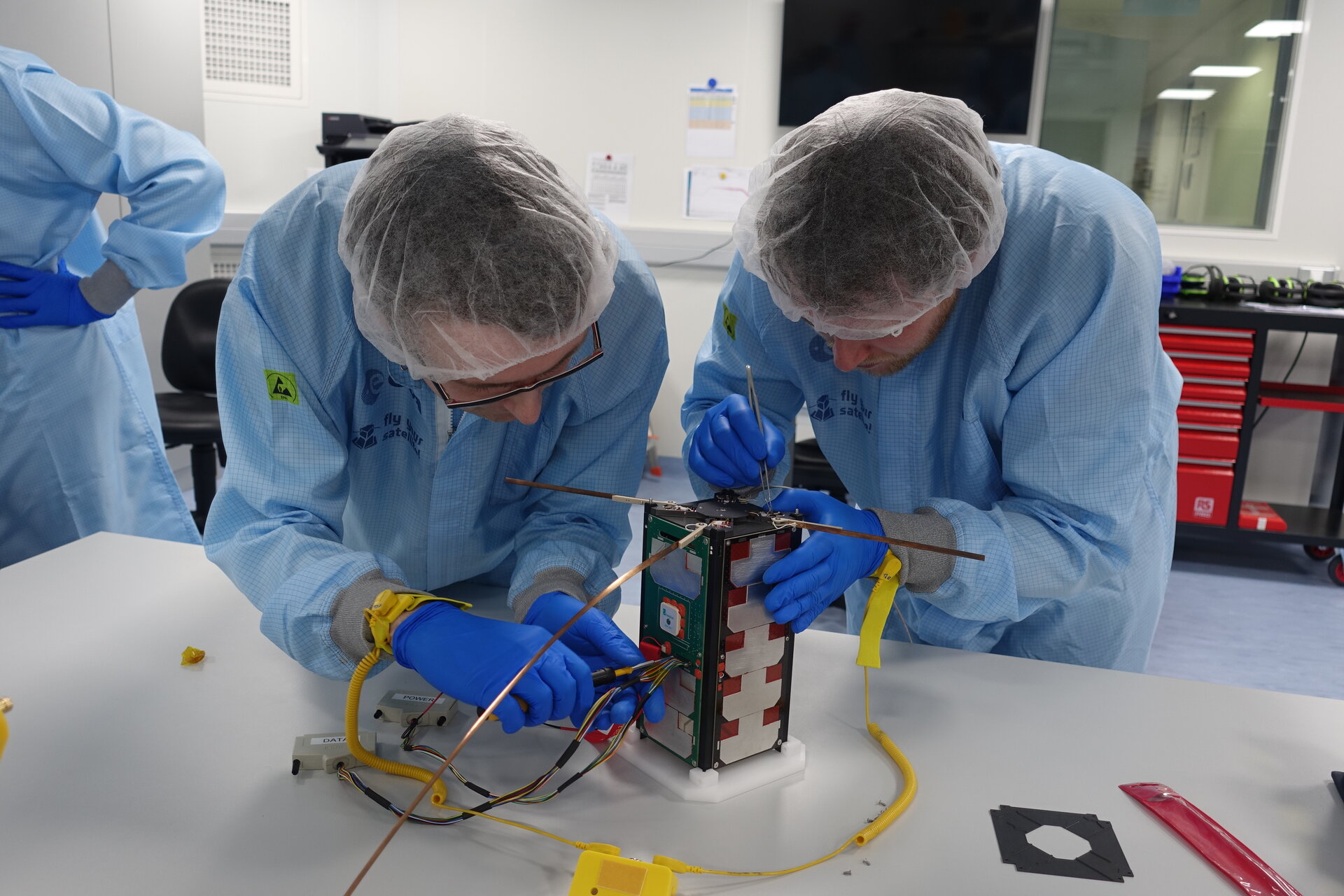 CubeSats are nanosatellites of standardised dimensions, composed of one or more units that are 10x10x10cm in size and that have a mass of up to 1.33kg. Smaller in size and faster to develop than bigger classes of satellites, CubeSats offer students a true hands-on experience in designing, developing, testing, and operating a real spacecraft system and its ground segment.

CubeSats were first conceived as a hands-on education tool and as technology has matured, the focus for CubeSats has increasingly turned toward commercialisation, technology demonstration and industrial applications.

Aware of their strong educational value, ESA’s Education Office has undertaken several initiatives in the CubeSat domain, all involving teams of university students. They range from the launch of seven student-built CubeSats onboard the Vega maiden flight, the support offered to the HumSat-D satellite in the environmental test campaign, the launch of AAUSAT5 and its deployment to orbit from the ISS, to the support to the design, development, testing and, for some, the launch of 12 CubeSats as part of the Fly Your Satellite! Programme’s first and second edition, ESA’s most thorough educational initiative to date in support of student CubeSat missions.

Today, Fly Your Satellite! offers recurring opportunities for University students throughout the different phases of their CubeSat missions.