Two university student teams have been selected for Drop Your Thesis! 2017. These students will now work with experts from across Europe to develop their experiment and then test it at the world-class Centre of Applied Space Technology and Microgravity (ZARM) in Bremen, Germany.

The selected teams  are:

GrapheneX, composed of four PhD students from the Delft University of Technology in the Netherlands. They will study the potential use of graphene-based materials as solar sails for spacecraft propulsion.

Light from the Sun or a laser beam can be used to transfer momentum to matter and displace low-mass objects. Space agencies have successfully tested the solar sail technology for low-Earth orbit applications, navigation control, and Solar System exploration, with IKAROS being the first demonstration of a spacecraft with a solar sail as its primary propulsion system in 2010. The thrust from radiation pressure, however,  is too low, and requires large areas of thin and low-mass sail material, which makes the engineering difficult, increases the chances of failure, and limits the overall travel velocity. Therefore, new materials with lower mass density, improved optical and mechanical properties, and with new functionalities, need to be developed to enhance the light-induced thrust.

Graphene, a one atom thick allotrope of graphite, has been extensively studied in the past decade, and the technology is now ready to provide high quality large area graphene, with properties close to the pristine material: very stiff and strong, highly stretchable, and excellent electrical and thermal conductor. The ultimate thinness and minimal mass density of graphene makes it ideal for mechanical systems. On the other hand, graphene is a bad optical-reflecting material due to its thinness, although it has considerable optical absorption (2.3%,  independent of wavelength) that causes a direct momentum transfer from light. Moreover, literature reports an Auger-like effect when illuminating graphene with light that causes an electron emission with a momentum transfer larger than that of pressure radiation and wavelength-dependent.

Ferrofluids are colloidal suspensions of magnetic nanoparticles in a liquid carrier. Their magnetic susceptibility is several orders of magnitude larger than that of other magnetic fluids, which makes ferrofluids very attractive for many applications, both on Earth and in space. Examples can be found in attitude control, optics, seals and bearings, cooling and biomedical applications. Other important fields of study concern thermomagnetic convection and fluid sloshing management.

The behaviour of ferrofluids in space is significantly different from those in a terrestrial environment because of the absence of a major body force like gravity. On the ground, magnetically induced effects are strongly coupled to gravity effects, while surface tension becomes predominant in microgravity. Because of the limited possibilities and high costs needed to carry out microgravity research, there is little knowledge about the behaviour of ferrofluids in microgravity conditions. CFD models can provide a means to simulate this environment, but these models need to be validated with experimental measurements.

A contribution to the knowledge of the dynamics of ferrofluids in microgravity conditions will therefore be made. The experiment will investigate the free surface movement of different types of ferrofluids as a function of magnetic field strength and initial system acceleration. Microgravity conditions will be established using the ZARM Drop Tower in Bremen. Visualisation and quantification of the fluid motion will be realised using cameras and image post-processing. The observed ferrofluid behaviour will then be compared to predictions made with a CFD model.

It is expected that the results of the experiment will be a valuable step forward in the magnetic control of ferrofluids in space. Furthermore, the aim is to provide the experiment results to the public, thereby increasing awareness of technology and making valuable data available to the scientific community. The quantification of the free surface position could then be used for validation of other CFD models and future fundamental research on ferrofluids.

Designing, building, and testing the experiment is expected to take about nine months. The teams will then spend two weeks at ZARM. The first week will be dedicated to the integration and ground testing of the experiment, while the actual microgravity tests will take place during the second week.

The ZARM Drop Tower in Bremen is a unique European facility that provides gravity levels as low as 10^-6g. This is the same level that is attained for experiments on the International Space Station, and is enough for a multitude of scientific research opportunities.

Both selected teams will have the chance to use five drops or launches, depending on their experimental requirements.

Once a year, usually in spring, ESA’s Education Office opens a call for  Drop Your Thesis! proposals, in which teams of university students submit a proposal for a microgravity experiment. The investigation may be in any research field, as long as it is linked to the student’s syllabus.

A selection board comprising experts from ESA’s Education Office, ESA’s Directorate of Human Spaceflight and Robotics Exploration, ZARM, and ELGRA (European Low Gravity Research Association) then choose the best projects to take forward.  ESA’s Education Office offers financial support to the selected teams to cover part of the cost of the experiment’s hardware, travel, and accommodation.

Both GrapheneX and The Ferros were selected in December 2016. It marks the ninth Drop Your Thesis! Campaign, which will take place from 6 to 17 November 2017.  During the preparation, the students will be supported by ESA's Education Office and ZARM engineers. A member of ELGRA will also be on hand to provide advice and expertise in gravity-related research.

To see what an experimental campaign looks like, watch our video below.

More information about the Drop Your Thesis! programme can be found here or by contacting dropyourthesis @ esa.int

At the other end of the gravity scale, ESA’s Education Office offers university students the opportunity to perform hypergravity experiments in the Large Diameter Centrifuge facility located at ESA’s European Space Research and Technology Centre (ESTEC) in Noordwijk, the Netherlands. More information about the Spin Your Thesis! programme can be found here. 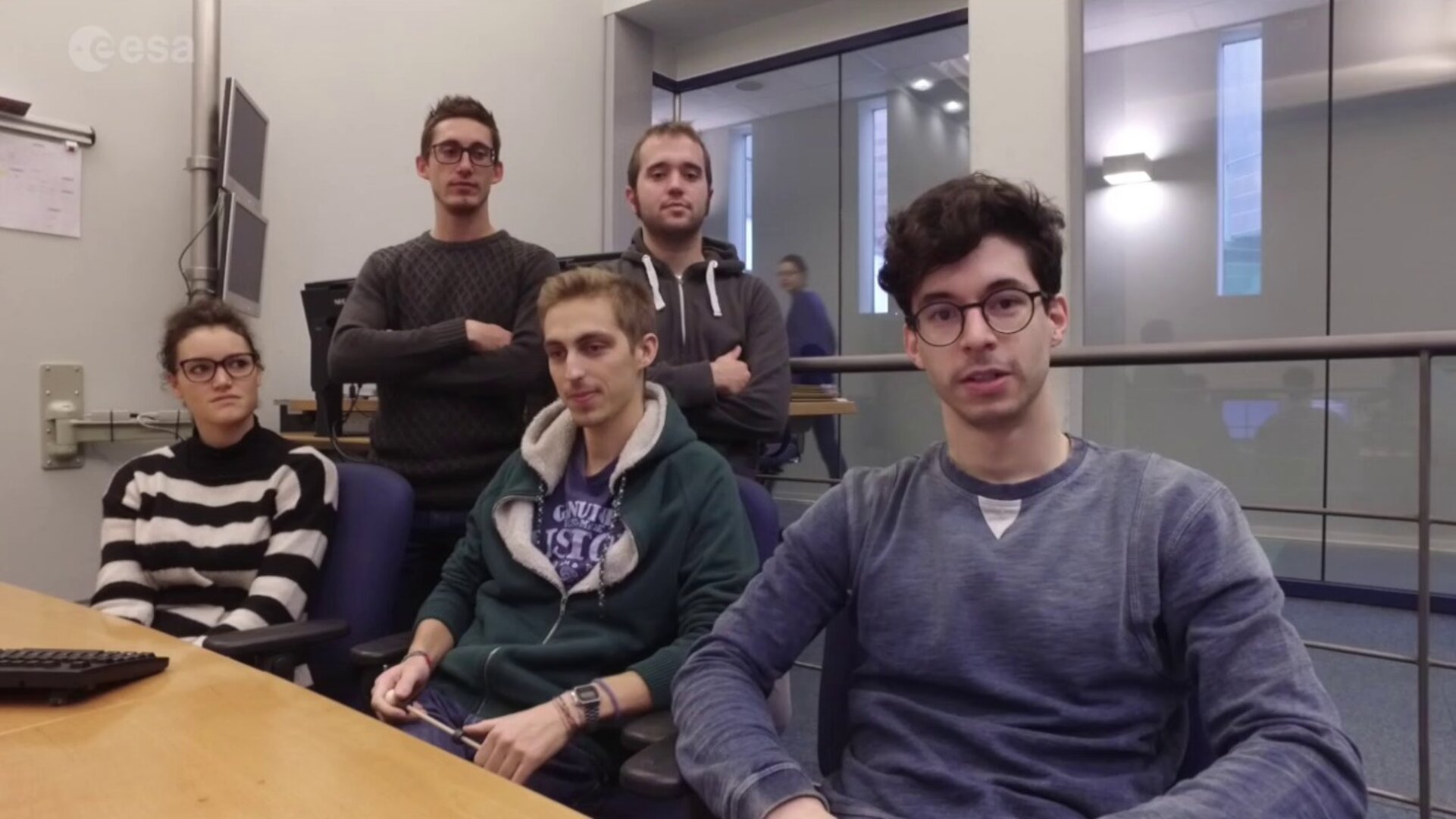