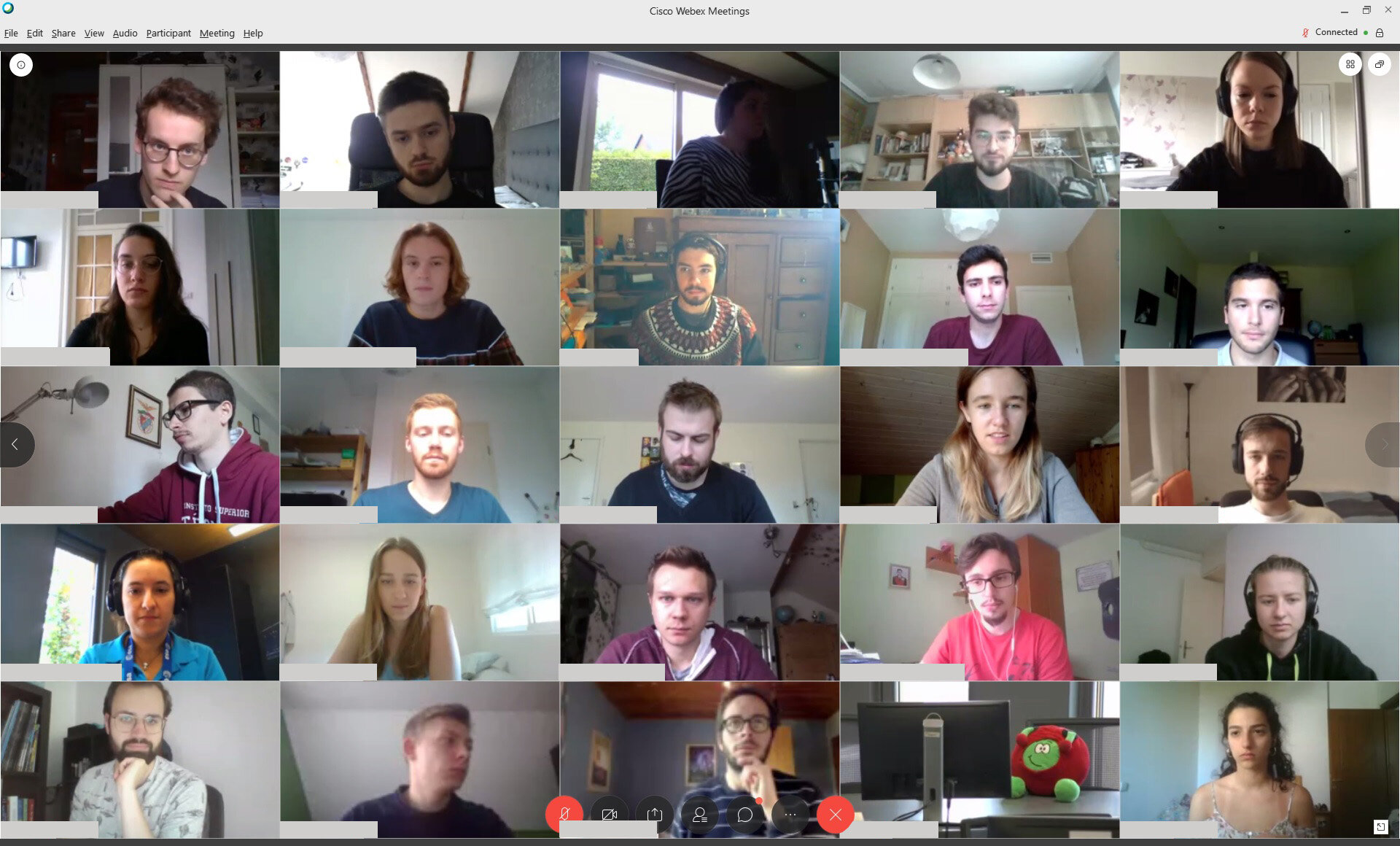 From 8 – 12 June 2020, ESA’s Education and Space Debris Offices teamed up to take their Space Debris Training Course 2020 fully online – a first for ESA Academy. This move allowed the 30 participating university students from 12 different ESA Member States to comply with restrictions caused by the COVID-19 pandemic while still permitting attendance in a safe and secure way.

Delivering the course were ESA and external experts, all specialists in their fields. Their goal was to introduce the students to the concept of space debris, why this is a problem, and what can be done about it! Content was delivered through technical lectures, complemented at the end of each day by a set of tailored exercises. Students were divided into smaller groups to work on the exercise sessions to allow for effective discussion of their results.

“This course is a must for any prospective space engineer, since environment sustainability is a very serious concern these days,” said a Spanish student from Universidad de Sevilla.“I also want to highlight the incredible work done by trainers and organising staff. They have rapidly adapted to the current uncertain situation providing the course online without any loss of quality.”

Using MASTER and DRAMA software, developed and used by the Space Debris Office, the students worked on areas including:

The first day began with the students receiving an introduction to Space Debris. The forces acting on a space object were described, followed by an overview of the space debris environment: what it comprises, and the dangers it presents. The day’s final lecture was centred on the legal and regulatory aspects involved in space debris issues.

Day two was dedicated to Mitigation, from the problems that space debris present, to technologies for passivation and deorbiting. The future of the environment was also discussed. Before they knew it, the students were on to day three, and they were learning about how space debris influence the daily operation of satellites. Overviews were given of Space Surveillance, Collision Avoidance, Operations in the Environment, and finally Protection and Shielding.

The theme of day four was Re-entry, starting with the aerothermodynamics that rule the re-entry of an object in the atmosphere, to the simulation of this re-entry for various satellites. As an added bonus, the on-ground risk estimation for these re-entries were also presented.

The fifth and final day was all about the Future of the Space Debris problem. Overviews were given of Active Debris Removal and Design for Demise, for which spacecraft are specifically designed to optimise their destruction during re-entry.

Students were fully supported by the expert tutors throughout, particularly during the exercise sessions that rounded off each day. They facilitated discussions about the most important aspects of the students’ results, and were impressed by the motivation and dedication each group showed, and how they displayed a cohesion more commonly associated with attendees being together on-site.

At the end of the training course, the students were evaluated through an online test. Those who actively participated during the week and passed the test will receive a certificate of participation and course transcript allowing them to claim ECTS credit(s) for their participation from their respective universities.

“Participating in the ESA Academy Space Debris Training Course 2020 was undoubtedly one of the best learning experiences I have ever had,” enthused a Scottish student from the University of Strathclyde. “The absolute best was made of the difficult decision to host the course completely online, and the exercise sessions were done such that I still felt connected to my group and we got to have meaningful discussions with one another. The lessons and tuition I received on space debris during the week will be invaluable for the development of a student CubeSat at my University in this field!”