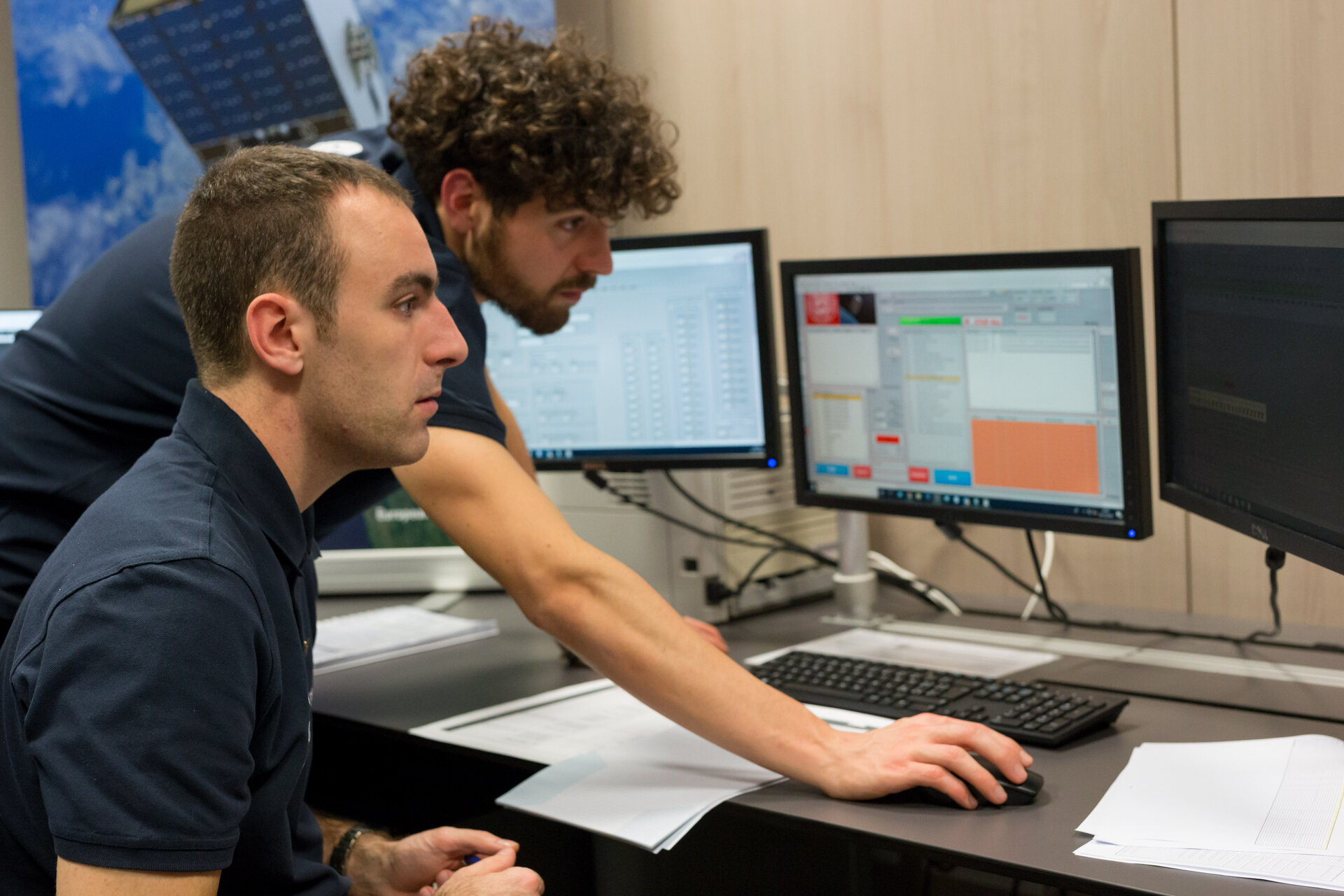 After having started its in orbit commissioning, since a few weeks the ESEO mission has been experiencing an anomaly. The educational path of the ESEO students however continues.

The ESEO AMSAT-UK radio payload was successfully activated in the morning of 12 April 2019, and it started transmitting its payload telemetry. These data were received by many radio amateurs around the globe.

Unfortunately, a few hours after the AMSAT-UK activation, ESEO suddenly started to behave anomalously, repeatedly sending the same notification message to  ground, which normally should have been sent only once.  The continuous use of the radio transmitter to send these notifications, in combination with the AMSAT-UK activation, led to a temporary discharge of the battery when the spacecraft was in eclipse. This under-voltage then triggered the protections to automatically shut-down the AMSAT-UK payload.

A clear reason for the anomaly has not been identified yet, but the most accredited hypothesis is a possible radiation effect on a memory cell, which in principle could be recovered through an automatic reboot of the on-board computer (data handling system), that cannot however be anticipated.

In the meanwhile, until this malfunction is resolved, ESEO cannot receive tele-commands and its in-orbit commissioning cannot continue.

However, ESEO can still transmit correctly. Every 5 minutes the spacecraft sends to ground general data on its health status. The data show that the satellite’s power subsystem is able to correctly recharge the batteries of the spacecraft, and that the electrical and thermal parameters of the satellite do not show significant anomalies.

These data are systematically stored in a database and are accessible on-line to the ESEO students for educational purposes.

The students of the University of Bologna, responsible of the ESEO Mission Control Centre, in Forlì (Italy), commented: “We are looking forward to the in-depth analysis of all the ESEO telemetry which we are receiving regularly. This will offer us a lot to learn,” they continued. “Every unexpected difficulty we had to deal with so far during the ESEO mission operations pushed us to stretch our knowledge in order to find the way to resolve it. Now we are also looking forward to resolving the current issues to be able to complete the in-orbit commissioning”.

“On 28 May 2019 we will hold a dedicated webinar for all the ESEO student teams,” said Piero Galeone, responsible of the ESA Academy programme of which ESEO is a part. “The objective is to illustrate and explain the current status of the mission. This will be followed in July 2019 by a whole workshop focused on the ESEO in-flight experience, in order to enhance the students’ learning opportunities at maximum extent.”