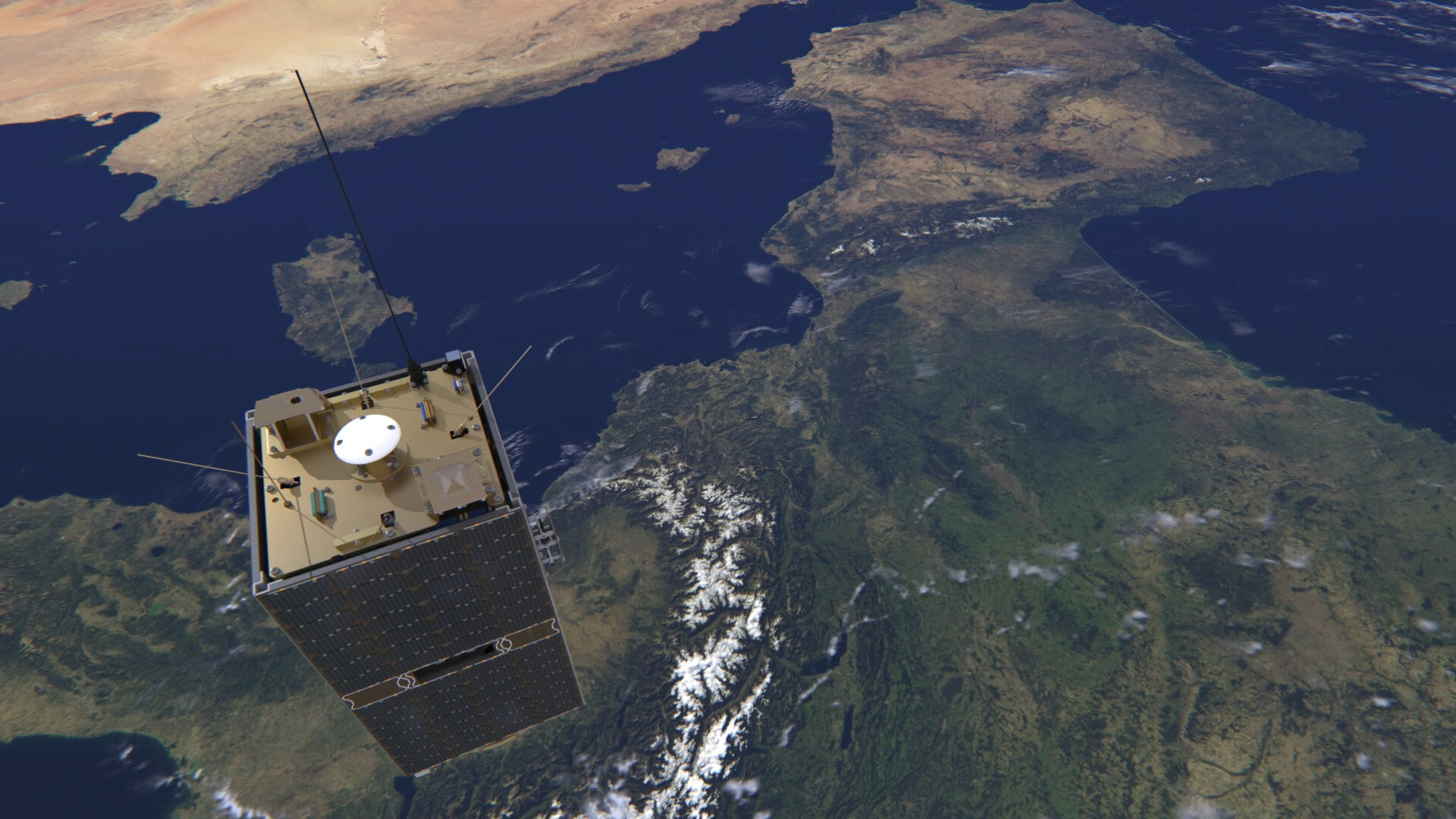 On 3 December 2018, ESA’s ESEO student satellite was launched to space, with hundreds of excited students from across Europe waiting for their mission to fly. Weeks after ESEO’s insertion into orbit, and after some trouble-shooting actively involving students, the satellite has finally started its in-orbit commissioning.

While ESEO was able to transmit spacecraft data to ground soon after insertion into orbit, for a few weeks it was not able to react to commands sent from Earth. As programmed to do in case of lack of communication with its ground stations, ESEO switched to safe mode, meaning a minimised power consumption and the execution a few essential tasks.

Therefore, not all the spacecraft subsystems could be normally activated and checked, and the ESEO nominal mission - with all the planned student observations and operations - could not yet start.

The students from the ESEO main and back-up Mission Control Centres (at University of Bologna and University of Vigo, respectively), working closely with ESA and SITAEL, the industrial prime contractor, investigated why ESEO would not react to commands.

ESEO Mission Control Centre students were guided by ESA and SITAEL experts through double checks of pre-flight test reports, of the functionality of the Mission Control Centre and of the ground stations, and the communication protocols, just as professional engineers would do. They also investigated possible radio interferences from other Earth sources.

“If I had to use a word to describe the ESEO mission I would say: challenging!” said Alberto Lucci, ESEO student from the University of Bologna. “In the team we felt like Sherlock Holmes trying to identify the reasons causing the anomalies, and to find the most effective solutions,” he continued. “We have considered each and every unexpected problem as a chance for professional growth, and I am deeply convinced that my experience with ESEO has been a golden opportunity for me to become a better young professional.”

Working with dedication on long shifts, the Mission Control Centre students also made several attempts to transmit commands to ESEO from different ground stations. The relentless support of the ESEO team in Tartu, Estonia, came then into hand. They offered a ground station capable of transmitting with higher power than originally planned, operating on a non-interference basis with other ground stations, to be remotely controlled from the Mission Control Centre, and ESEO finally reacted!

The reasons for ESEO’s degraded receiving performance are still being investigated. However, since a suitable way to operate the spacecraft has been found, on 14 March 2019 the students of the University of Bologna succeeded in bringing ESEO from safe mode to nominal operating mode.

How is ESEO doing, then?

ESEO’s telemetry data indicated that all on-board subsystems are up and running, including the sun sensors and the momentum wheels, needed to control the orientation of the spacecraft. SITAEL was then able to upload to ESEO, on 21 March 2019, all the commands needed by the spacecraft to determine its exact orbital position and motion.

“No doubt that conducting the ESEO mission was much harder than I thought, but this is why I did not give up... No pain, no gain,” said Giacomo Curzi, another ESEO student from the University of Bologna. “We have shared the experience of operating a real spacecraft, we collaborated to ensure ESEO could be monitored and controlled in the best way, we have set up connections to share facilities from different distant locations, we have given each other Saturdays and Sundays of work… Probably, our educational experience with ESEO is even bigger because of the unexpected troubles that occurred. If ESEO had been perfect we could not have gotten all this out of it. Let me thank ESA, SITAEL, and all the ground teams with which I have the pleasure to work,” he concluded.

ESEO has now officially started the so-called on-orbit commissioning, where all the spacecraft subsystems (power, communication, attitude control, thermal control, on board computers, etc.) will be checked. This phase is expected to last a couple of weeks.

Then, finally, all the student experiments will be tested, and after this ESEO’s 6-month nominal mission can start.

“The ESEO early-operations phase offered the opportunity to the students to feel the thrill of fighting to overcome unexpected real-life difficulties,” added Gilles Mariotti, ESEO avionics engineer at SITAEL.  “The theory of engineering is often limited to abstract calculations and analyses, where everything is ideal. Facing the need to quickly respond to unexpected events, and to carefully execute real-time operations with tight timing constraints, represents for the students an important professional challenge. They have learned that, regardless of how carefully you may plan your mission preparation, during the execution of the real mission you will need to use your engineering skills in combination with a good dose of technical flexibility and creativity to adapt and overcome unexpected problems.”