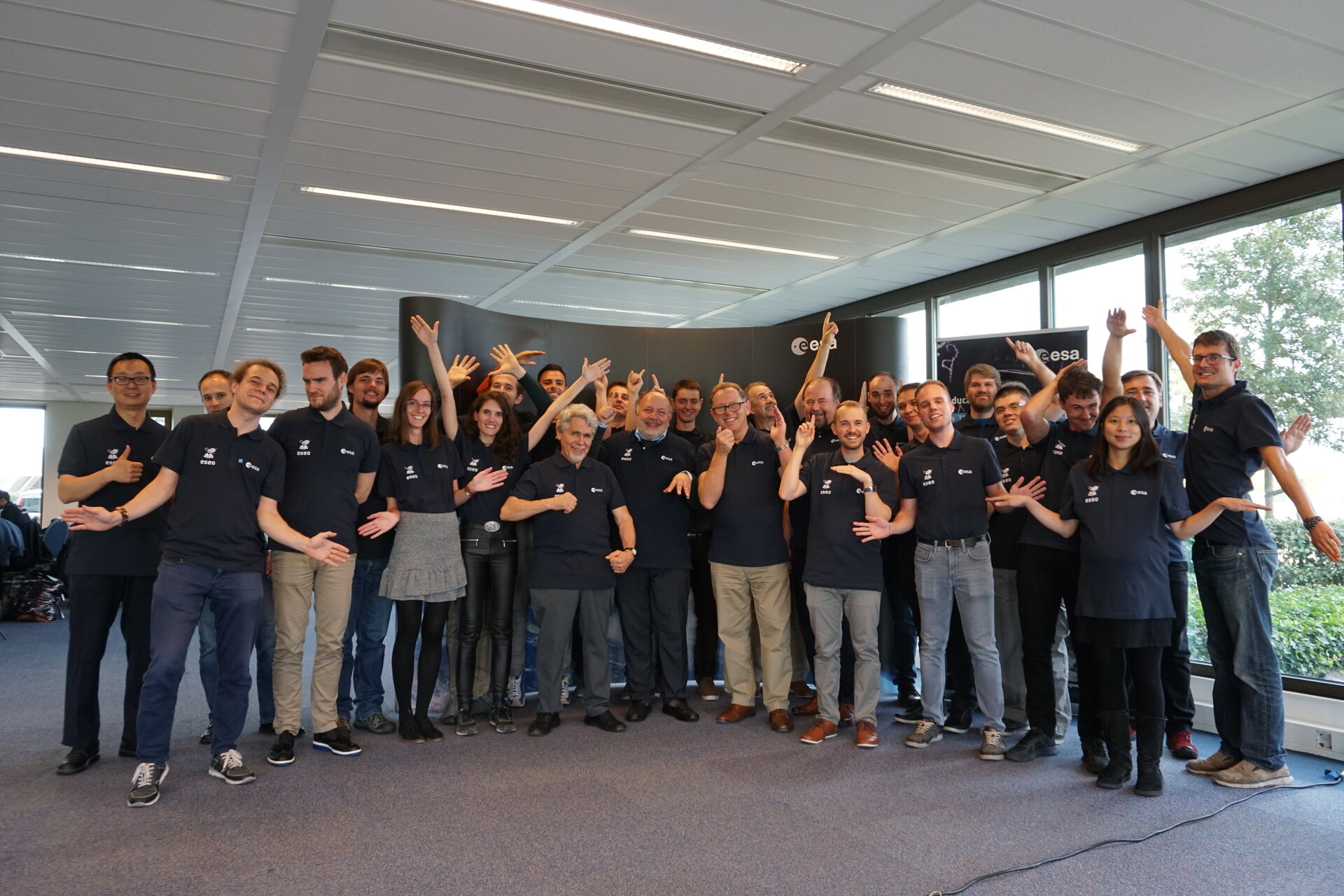 As ESEO (the European Student Earth Orbiter) just concluded its test campaign this week, the ESEO student teams have gathered yesterday in the Netherlands for a last precious lesson before the satellite is launched.

For the past couple of weeks ESEO has been at ESA’s ESTEC test facilities, in the Netherlands, where it completed the last steps of a thorough satellite test campaign which had started in August 2018 at SITAEL’s facility in Mola di Bari, Italy.

Learning by doing has already proven an amazing experience for the ten university student teams from different European universities who have designed and built the instruments and several key subsystems of the ESEO satellite.

Yesterday, at a dedicated workshop, the ESEO students had the additional chance to hear first-hand what it takes to run a satellite test campaign – trouble shooting included!

“In the space sector no satellite could ever be launched without a thorough tests campaign”, said Piero Galeone, coordinating the ESA Academy programme of which ESEO is a part. “The reason is that – as perfect as your satellite design and manufacturing process can be – the devil always hides in the details. If there is anything to be fixed, you want to know it and correct it before the satellite flies on its orbit hundreds kilometres from the surface of the Earth, beyond the reach of any engineer’s hands”.

So space engineers and satellite test experts from space industry (SITAEL) and ESA shared with the students all the processes and the issues that had to be creatively solved during the satellite vibration tests, as well as the thermal-vacuum and electromagnetic compatibility tests, officially concluded on 16 October. These were needed to demonstrate that ESEO is capable of coping with the harsh vibrations of launch, with the thermal environment that it will experience in orbit, and with the electromagnetic emissions generated during launch preparation, during the launch itself and once in space.

The interaction with the experts during the workshop gave the students the opportunity to reinforce their know-how and understanding of satellite engineering as a whole. “Giving access to state-of-the–art infrastructures and sharing ESA’s expertise and common practices is the real added-value of the ESA Education Programme”, concluded Hugo Marée, Head of the ESA Education Office.

This week’s experience then culminated with the students seeing the product of their work: the ESEO satellite displayed in all its beauty at the ESTEC test facilities, ready to be prepared for shipment to the launch site.

“We can’t wait to see the ESEO launched and our satellite in orbit,” said unanimously the ESEO students. “A shared feeling for all of us is that our knowledge of satellite development, testing and operations has increased enormously thanks to the ESEO experience. Many former ESEO students have found a job in the space industry already, and we hope to follow soon.”

The story is not finished yet, though. Today, ESEO will have to pass the so called Qualification Acceptance Review, the last milestone meant to verify that the satellite is ready and compliant with all professional standards to be handed over to the launch authorities.

This week’s workshop follows a series of lectures and courses offered by ESA and space industry to ESEO students along their educational journey since the inception of the project. Learn more.