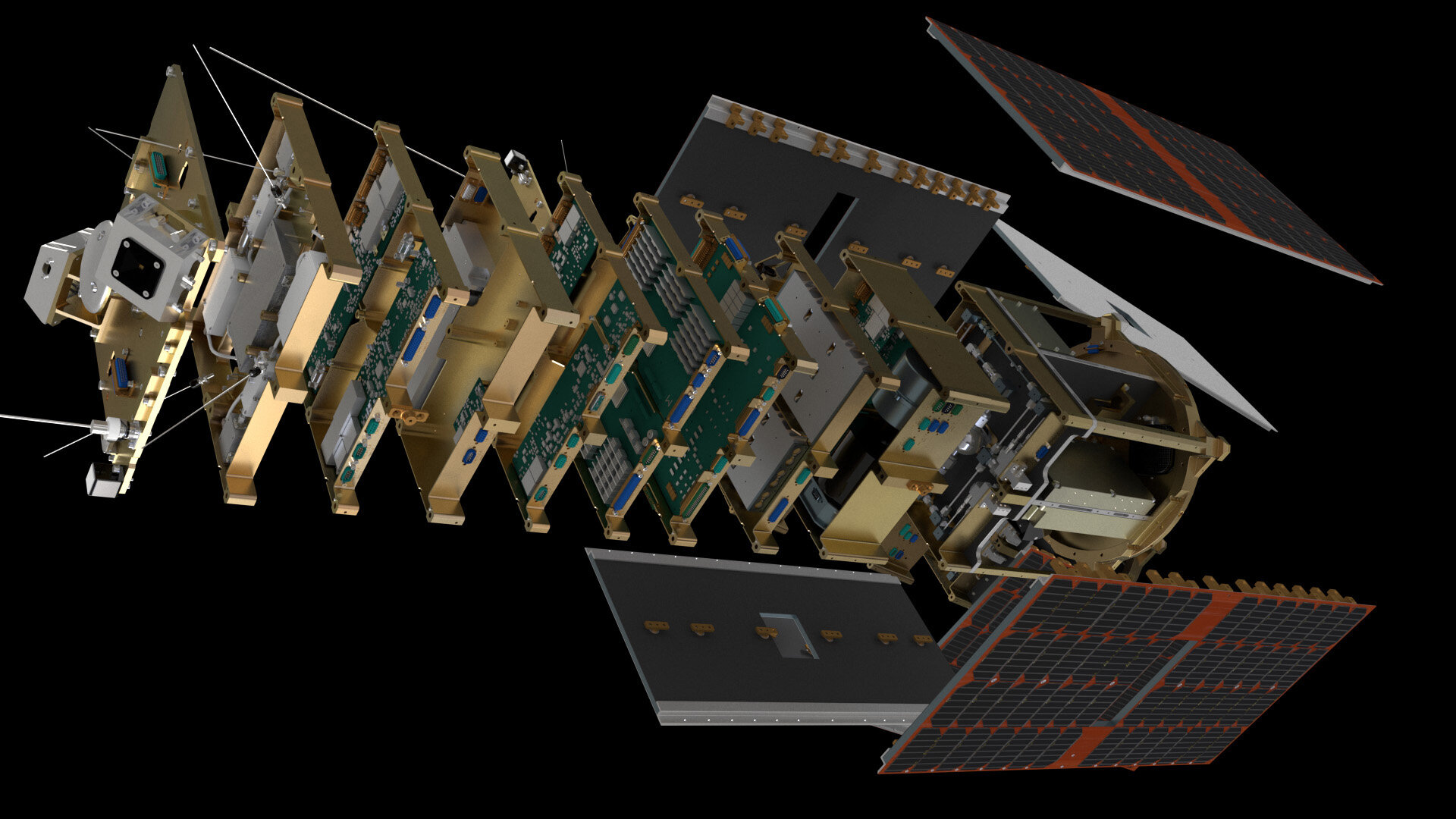 The ESEO mission builds on the ESA Education Office’s experience with previous satellite missions: SSETI Express (launched in 2005), the YES2 tether and re-entry capsule experiment (launched in 2007), and the student CubeSats launched in 2012, 2015 and 2016.

The ESEO satellite was launched into Low Earth Orbit (LEO) on 3 December 2018. ESEO was a passenger together with about 70 other micro, nano, and pico satellites from several countries from all over the world.

The ESEO mission is based on a Sun Synchronous Orbit (SSO), circular with an altitude of 575 km, inclined 97.5° (polar). ESEO will cross the Earth equator (descending node, or LTDN) at about 10:30 (UTC) every day. The orbital period is about 94 minutes. Its nominal attitude will be nadir pointing (that is pointing down perpendicularly towards the Earth surface).

The nominal mission duration is 6 months, with the possibility of extension of one year. At the end of its mission, ESEO will deploy a sail that will accelerate its re-entry and burning in the atmosphere by means of increased atmospheric drag (a student technology demonstration experiment in itself). ESEO is compliant with the European space-debris mitigation guidelinesfor the end of satellite missions.

During its operational mission phase, ESEO will run the scientific experiments and test the various technology demonstrators designed and built by the students, and constantly monitor its own performance.

Through the accomplishment of the specific mission objectives of the different students’ payload, the main mission objective of the ESEO educational project will also be reached: provide students with extensive, hands-on experience of a space project. This will equip them with the necessary skills to confidently enter the high-technology workplace of Europe’s future.

Since its beginning, and throughout all its phases, the ESEO programme involved more than 600 students from ESA Member States.