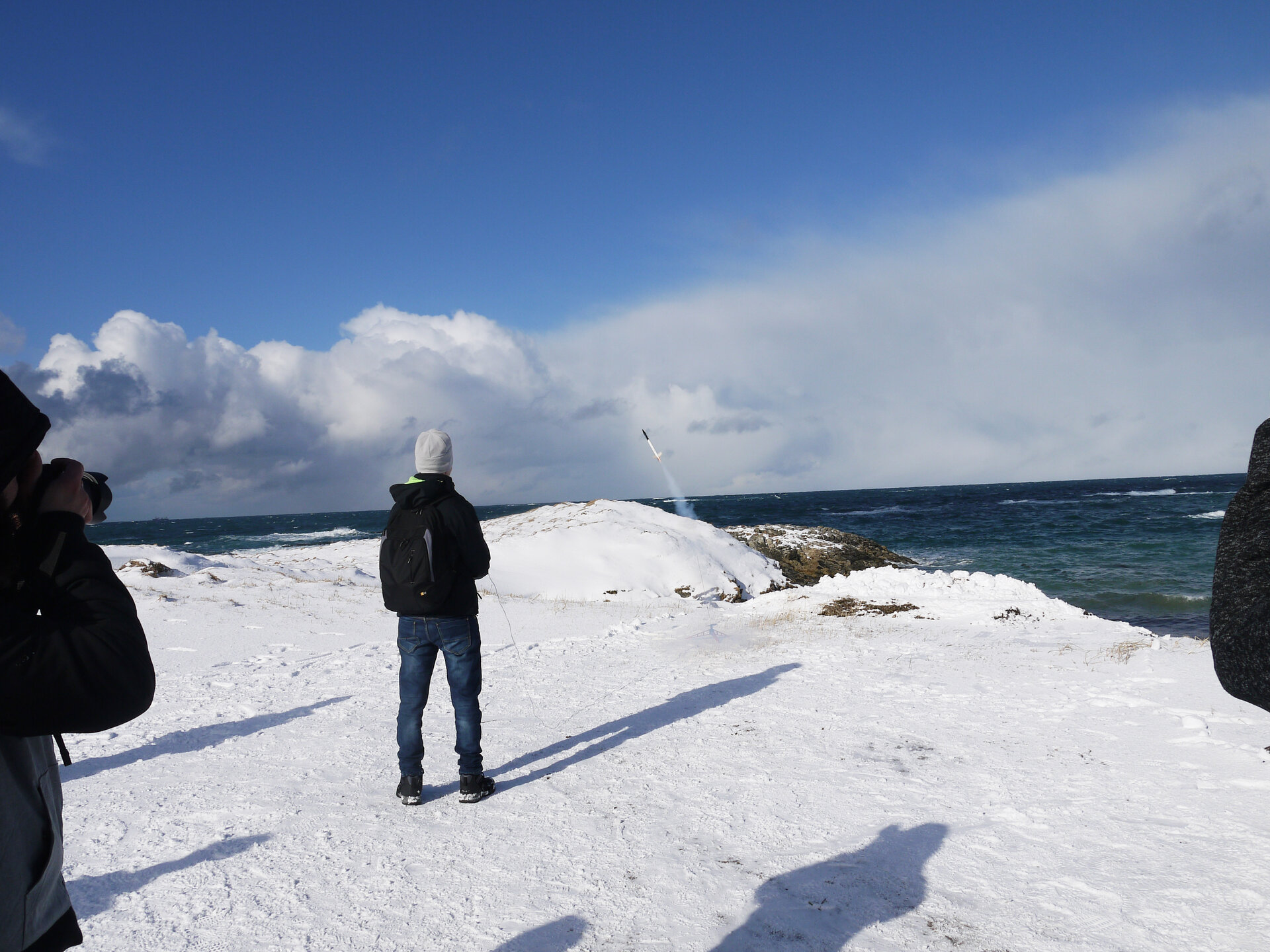 When applying to participate in the programme students will select their choice of campaign teams:

In this team, the students will set up the Andøya Space Education telemetry station, which includes an antenna, a downconverter, two receivers (for right- and left-hand polarization), bit-sync and combiner. The students learn not only to set it up, but also how each component works. This will help if they need to do any troubleshooting later on.

When the telemetry part is done, they will move on to set up Andøya Space Education's Dewesoft decoder, which is PC software based. After setting up the decoding, the students will prepare a MATLAB- or Python script that does some basic data processing of the data from Dewesoft.

After the launch of the rocket, the students will prepare a first presentation of the preliminary data received from the rocket and hand-over the data to the rest of the students to perform further data analysis specific to their sensors and cases.

The students in the payload team are responsible of preparing the payload and integrating it in the rocket. They also will prepare all the custom wires needed for the sensors, encoder and power supply.

Housekeeping sensors for battery voltage and current together with an internal and external temperature sensors will also be made by the payload team.

This team will prepare all of the sensors that will be placed in the rocket (apart from the housekeeping sensors made by the payload team). In addition, they will prepare two weather balloon PTU probes and do some simulations of the rocket launch. The students will be divided into sub-groups of 1–3 students per rocket sensor or PTU probes.

The students are responsible for soldering and testing the sensors. They will learn how to convert the raw values received from the sensor into useful data and gain knowledge how the sensors work in detail.

The students will at the end of the campaign become experts on their specific sensors. In addition, they will get an overview of the other sensors through the presentations they will have for each other on the last campaign day.

From the simulations of the rocket launch, done by some of the sensor experiment students, they are getting important macro scale parameters such as altitude, speed, and acceleration. These can be used e.g. as inputs for the post launch analysis is to analyse the differences between simulation and flight and search for possible explanations.