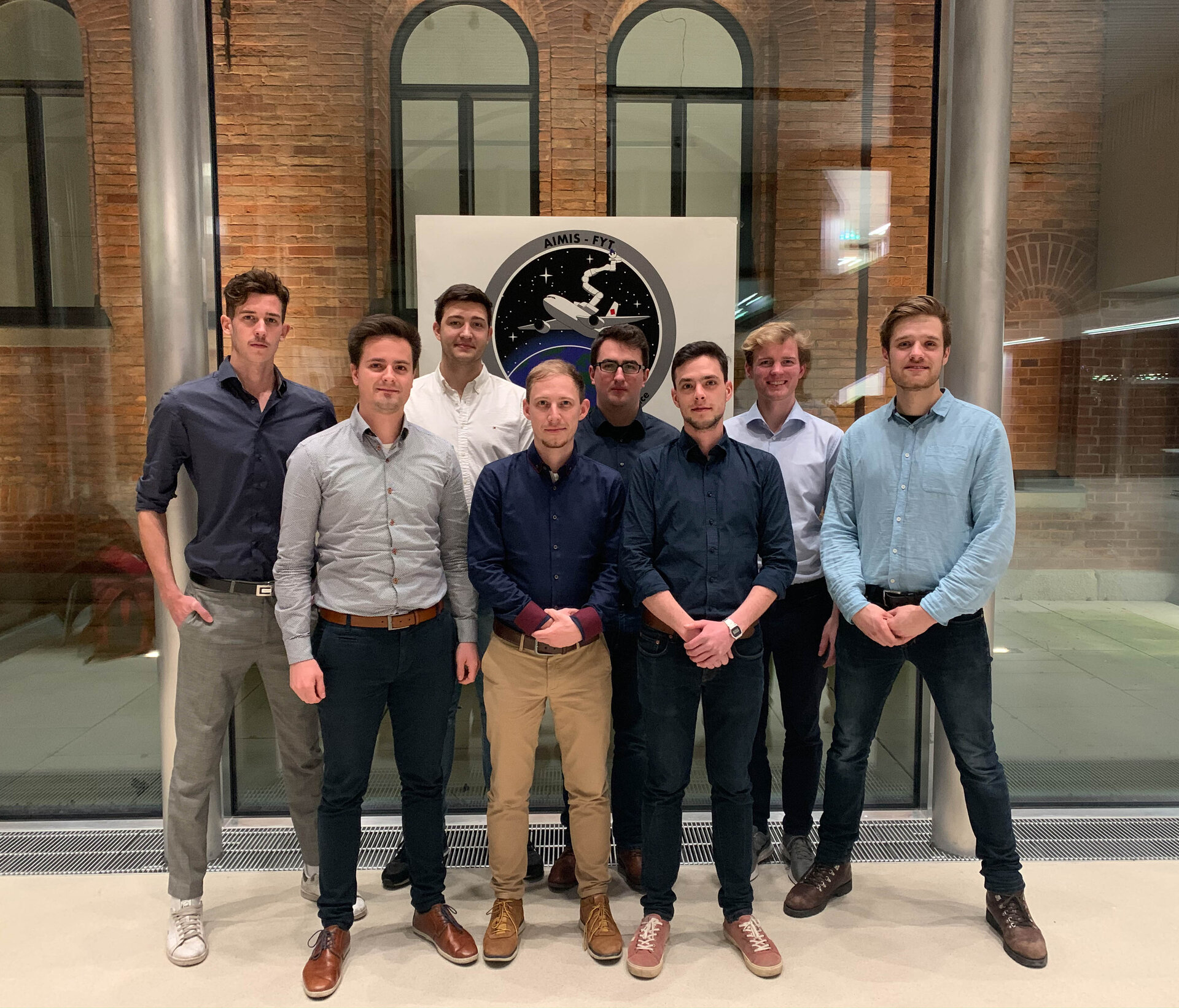 The AIMIS-FYT team is composed of students from the Munich University of Applied Sciences in Germany. They want to demonstrate a 3D-printing process, which allows satellite structures to be created directly in space, thereby reducing the launch costs of satellites.

Today all spacecraft are developed, tested and assembled on earth and transported by launch vehicle to their respective mission locations. Each component must be designed to withstand the high loads of the launch phase, which in most cases, will lead to an oversized structure. These components cause high space transportation costs due to a high system mass and volume as well as the complex test procedures required for transportation with the launch vehicle.

A possible approach to avoid these costs and efforts is the manufacturing of spacecraft components directly in the orbit using generative manufacturing methods. This technology, which is known as In-Situ Manufacturing, will make it possible to create components that are tailored to the mission requirements rather than the launch requirements. Besides lowering the launch costs, the reduced mass of the spacecraft saves resources and can increase the lifespan of the mission.

Based on their existing prototype the team will build a 3D-printer with an extruder through which a liquid photopolymer can be dispensed. Rather than creating components layer by layer, as conventional 3D printers do, the components are created directly via the three-dimensional movement of the printing head and cured within a short period through the application of UV light.

With the successful selection for the Fly Your Thesis! 2020 campaign, the team has the opportunity to perform experiments and validate the printing process under microgravity conditions. For this purpose, four basic 3D-printing operations were derived from the general process.

These operations form the basis of the experiments, investigated during the campaign. To ensure a stable printing process, the extrusion process has to be analyzed in detail. Both, the influence of the printing parameters on the process as well as the influence of microgravity are of importance to achieve this goal.