The offered parabolic flight campaign consists of three flights on three different days. During each flight 31 parabolic manoeuvres are flown. The first parabola is considered a “warm up” parabola to give everybody on board the possibility to get used to the altered gravity conditions.

The manoeuvre is depicted in the below image.

Starting at a steady horizontal flight, the pilot increases thrust and gradually pulls up and starts climbing to an angle of approximately 50°. During this pull-up phase of approximately 20 seconds the acceleration in z-axis of the plane is around 1.8 g. After this the engine thrust is strongly reduced to only compensate for air-drag, the aircraft is then in free-fall state for approximately 22 seconds in which weightlessness occurs. The trajectory of this free-fall follows a parabola, from which the manoeuvre has its name.

Throughout the flight, all personnel are kept informed of the flight status such as indication of how many seconds to the next parabola, number of minutes for a rest period so on and so forth. The parabolas are manoeuvres requiring a very high level of precision. Three pilots are present at the same time in the cockpit, each focusing on a specific task. One pilot takes care of the pitch angle to ensure the plane follows the required parabola. The second pilot minimises the parasitic movements along the roll axis, which would create transversal interfering g-values.  The third pilots sits in the middle and is responsible for the thrust. 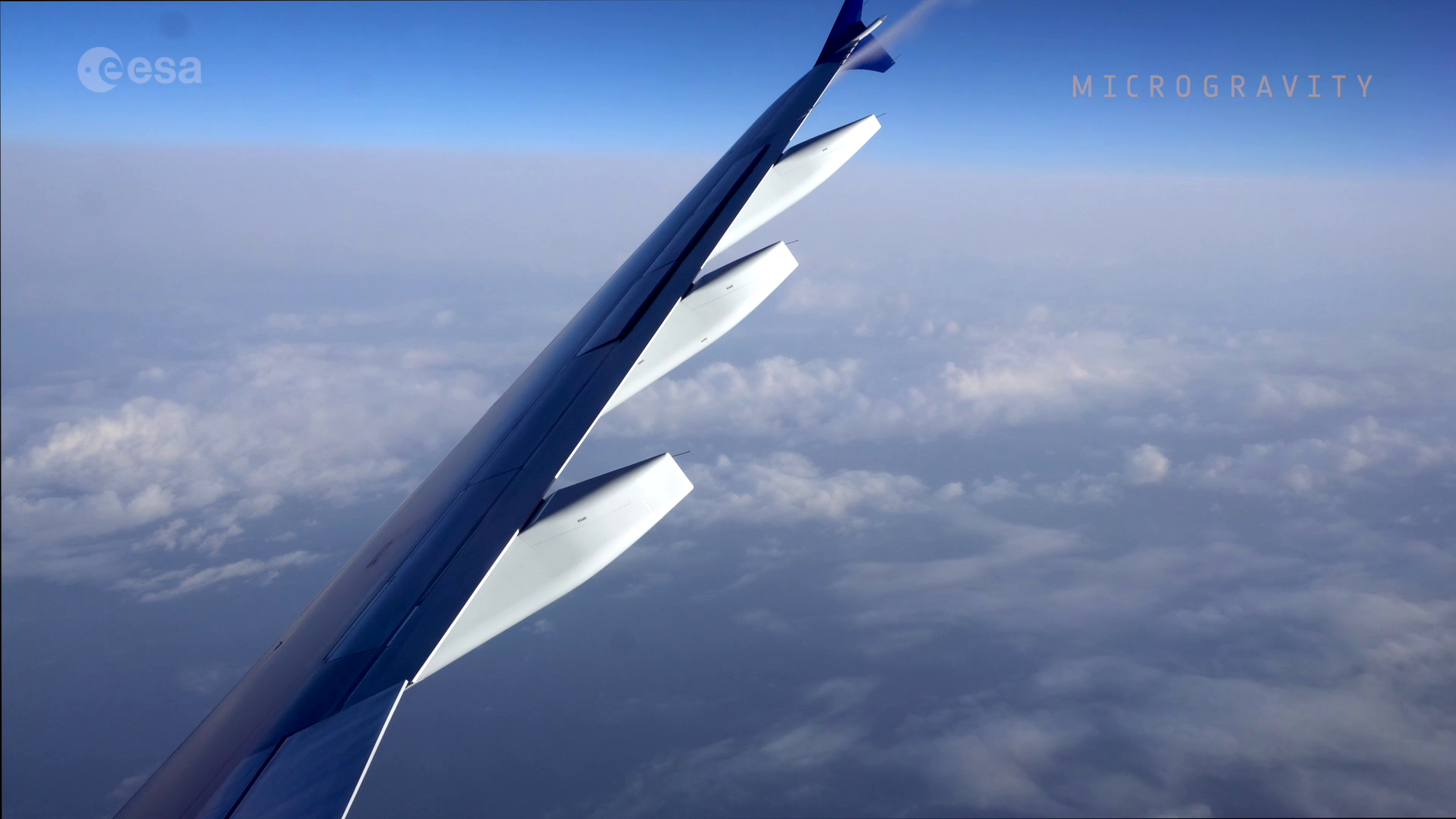 Window view during a AirZeroG parabola
Access the video