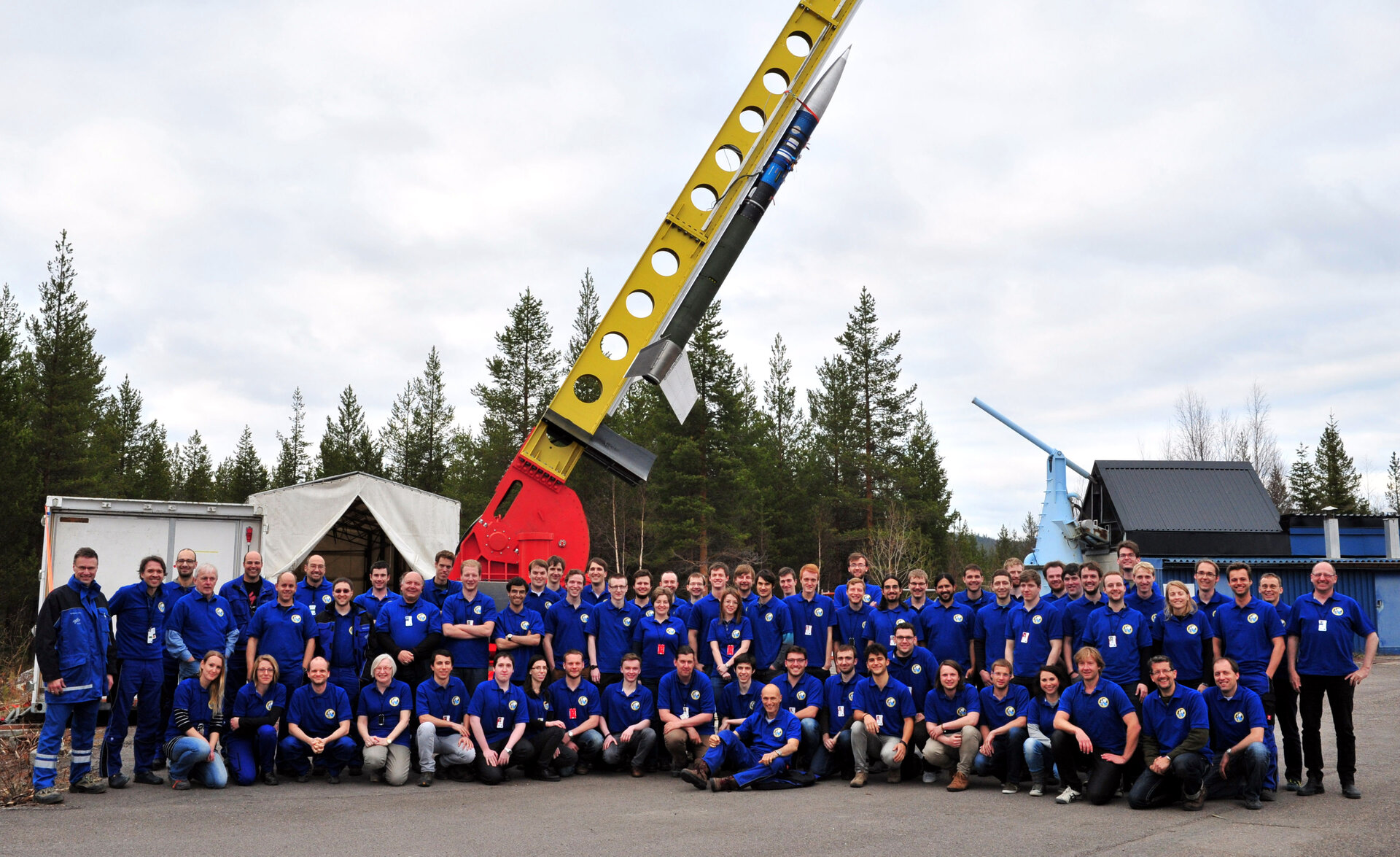 This year’s Rocket Experiments for University Students (REXUS) campaign has been completed. Eight student experiments reached the stratosphere on two rockets. Now the hard work of analysing the results begins.

20 May 2014 was the day it all became real. For 18 months, students had been working to develop experiments and apparatus. Now, 46 of them were gathered at the SSC Esrange Space Center in northern Sweden, and their rocket flights were just a week away.

Esrange Space Center is located about 40 km east of Kiruna. In its 40 years of operations more than 500 sounding rockets and 550 stratospheric balloons have been launched, giving the centre a leading position on the world map of launching facilities.

The German-Swedish REXUS/BEXUS project (Rocket/Balloon Experiments for University Students) allows university students in the fields of science and engineering to participate in the full lifecycle of a ‘space’ project. From design and development, to building and testing, to operation and data analysis, the experience equips these students with a valuable insight into possible careers in the space sector.

This year  the Swedish National Space Board (SNSB) and ESA’s Education office sponsored four experiments. Another four were made possible by the DLR (German Aerospace Center) Space Administration.

Following a week of finish tests and verifications, all experiments were deemed flight-worthy. On 27 May, the first launch countdown began. REXUS 15 was poised on the pad carrying the first four experiments. Of these ISAAC, from the Royal Institute of Technology (KTH), Stockholm, Sweden, and StrathSat-R2, from University of Strathclyde, Glasgow, United Kingdom, had been selected by SNSB/ESA.

Following their flight, the ISAAC team said, “Designing an experiment to fly in space was both a lot of work and fun. The launch itself is really the icing on the cake.”

Twenty minutes before the launch, the countdown was paused due to a technical fault with the rocket’s service module. Each REXUS launch uses an unguided, spin-stabilised rocket powered by an Improved Orion Motor with 290 kg of solid propellant. It is capable of taking 40 kilograms of student experiment modules to an altitude of approximately 90 kilometres. The rocket itself has a length of approximately 5.6 metres and a body diameter of 35.6 centimetres. The service module contains essential sub-systems such as power units and telecommunications.

REXUS 16 launched without hitch the day after at 13:30, reaching an altitude of 87 kilometres. Each flight only takes a matter of minutes, with the reduced gravity phase needed by every experiment lasting just 2 minutes. During this time, the experiments beamed by data to the waiting student teams. TheSNSB/ESA experiments it carried were LOW-GRAVITY from the Polytechnical University of Bucharest, Romania, and CWIS, by the Free University of Brussels, Belgium, and the University of Naples Frederico II, Italy.

In a statement after the launch, the LOW-GRAVITY team said it was delighted with the time it spent at the Esrange Space Center. “We are glad that we were part of this experience, and that we have met an amazing group of space and rocket specialists. Now, we aim to get ‘Higher. Stronger. Faster’."

The CWIS team called the experience the best ever during their academic years, adding, “The efforts, the problems, the time spent on the project... everything is forgotten one minute before the launch. Everyone will always remember it. It gave us the possibility to work on rockets as we dreamt as children and to do so with a wonderful lot of people from all across Europe.”

On 29 May, everything was ready for a second attempt at REXUS 15. This time, things went well and the rocket took to the skies at noon, culminating at the altitude of about 80 kilometres. A helicopter was standing by to retrieve -the free-flying units - from the experiments. Two units were brought back, one from each experiment.

“Thanks to the excellent support available and the hard work of the team we were able to launch our experiment and recover our own ejected unit that fell from a height of almost 80 km. The risks and potential rewards of the campaign are real, providing a rare insight into the demands of many space missions where repeatability simply isn’t an option. Working under that kind of pressure and towards the goal of a single launch is an experience that all of our team members shall carry with them into their professional careers.” said the StrathSat-R2 team.

At the end of the campaign, all teams had the chance to present the preliminary analysis of their experiment results and their initial thoughts on some small failures that occurred. Now they all have 3 months to process their data fully and submit their final report.

The REXUS/BEXUS programme is realised under a bilateral Agency Agreement between the German Aerospace Center (DLR) and the Swedish National Space Board (SNSB). The Swedish share of the payload has been made available to students from other European countries through a collaboration with the European Space Agency (ESA).

EuroLaunch, a cooperation between the Esrange Space Center of SSC and the Mobile Rocket Base (MORABA) of DLR, is responsible for the campaign management and operations of the launch vehicles. Experts from DLR, SSC, ZARM and ESA provide technical support to the student teams throughout the project.

A call for new experiment proposals will be issued on 16 June 2014, with a deadline for submission of mid-October.

“The REXUS project was an unforgettable experience, everyone was able to increase their knowledge. Moreover, it improves the collaboration among students of different nationalities, melting ideas and cultures,” says the CWIS team.