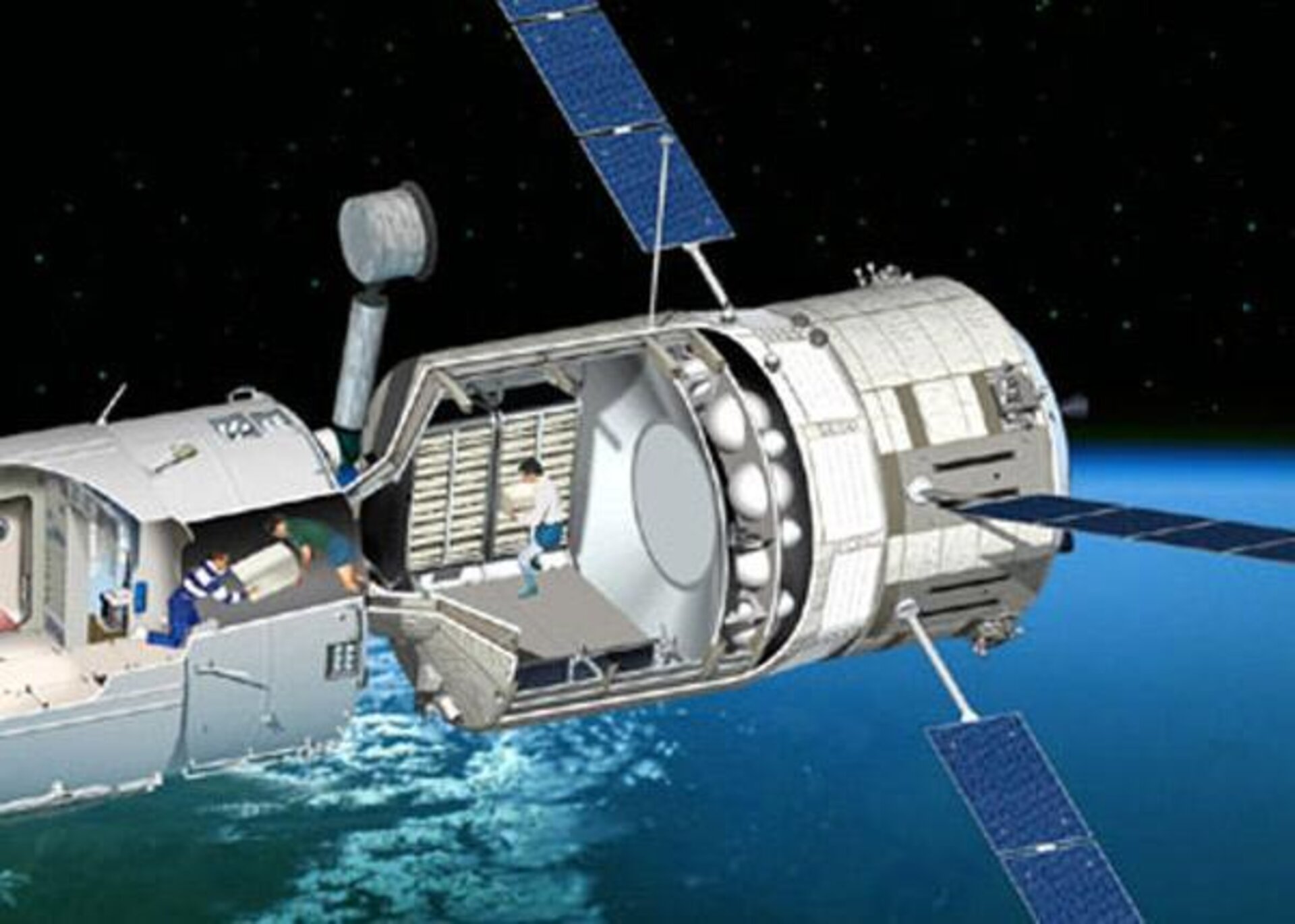 The International Space Station is a floating laboratory 400 kilometres above our heads, where astronauts can live and work for months at a time.

The astronauts also need materials for their scientific experiments, and sometimes they need spare parts to fix worn-out or broken parts of the Space Station. All these supplies are going to be sent up from Earth in a cargo “space ship” called the Automated Transfer Vehicle, or 'ATV'.

What does ATV mean?

Automated: ATV has automatic systems, which makes it possible to dock (“rendez-vous”) with the Space Station without astronauts on board steering it.
Transfer: ATV conveys from the Earth to the ISS what the astronauts will need for their life in space.
Vehicle: ATV is the most powerful automatic space vehicle ever built!

The ISS needs rocket propellant too, for even 400 km above the Earth, there are still faint traces of air – less than a 1000th of what we need to breathe - but enough, over a period of months or years, to slow the Station down. Without the occasional re-boosts which ATV will provide it, the ISS would slow sufficiently to fall from its orbit back to Earth!

ATV will dock with the ISS thanks to the combination of a Star Tracker and GPS data. The Star Tracker is able to recognise different constellations in the sky and calculate the orientation of ATV in space. GPS gives ATV information about its position, like in your family car. They are the modern day equivalent of centuries old navigation techniques!

After 6 months, when the astronauts have unloaded the space “ship” (the supplies usually include gifts from their families), they fill it with the Station’s waste. Then it undocks and heads back towards the Earth. It burns up high above the Pacific Ocean in the Earth’s atmosphere.