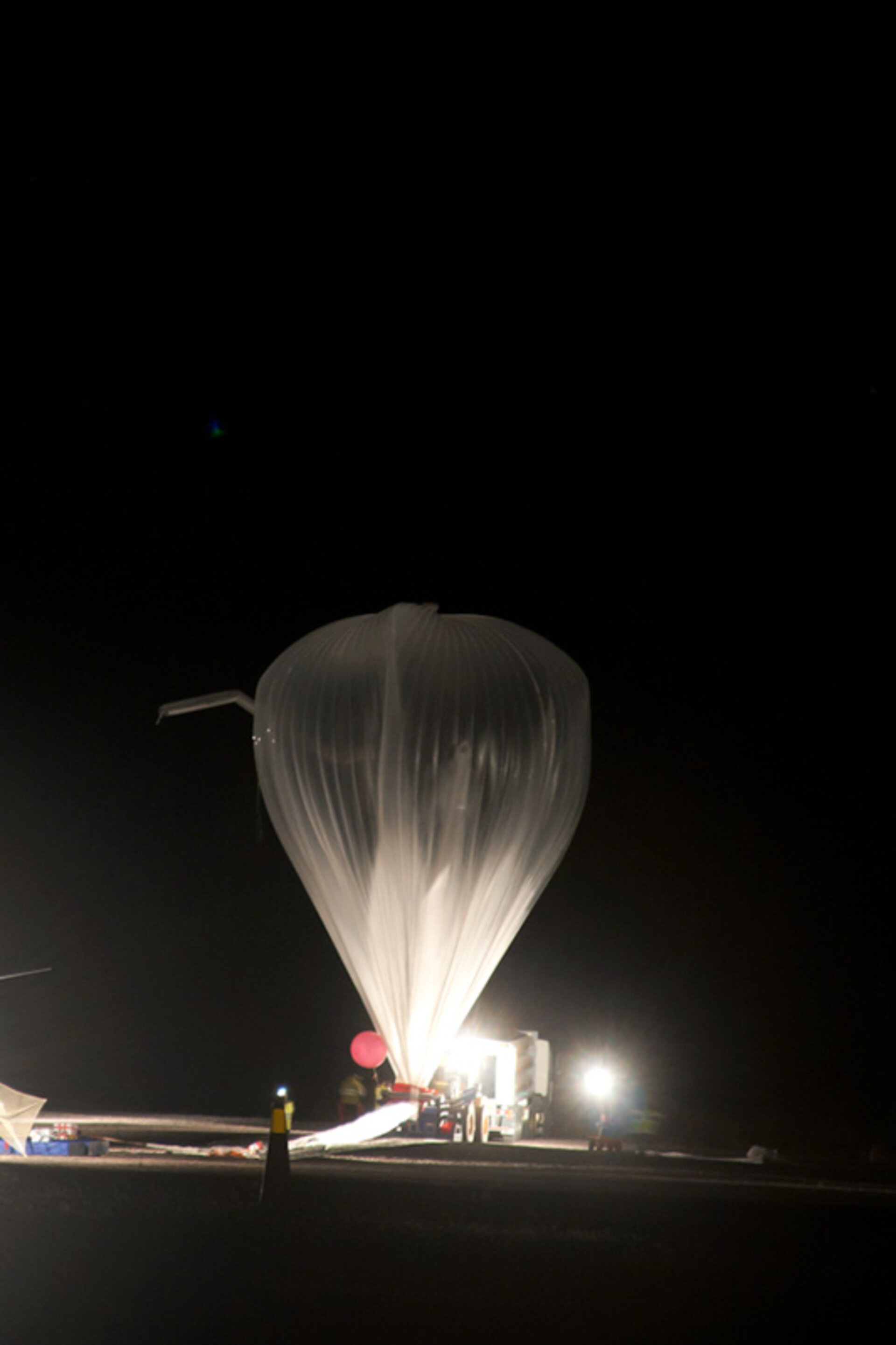 The first flight of the 2010 Balloon Experiments for University Students (BEXUS 10) campaign was completed successfully on 10 October. The second flight, BEXUS 11, is rescheduled to take place during November.

The BEXUS 10 and 11 programme began on 1 October, when students from seven European universities arrived at the Esrange launch site in Sweden, north of the Arctic Circle. Over the next two days, the student teams prepared their experiments and integrated them onto the balloon gondolas. Although the payloads were ready to fly, bad weather intervened, causing both flights to be postponed.

BEXUS 10 eventually lifted off at 03:07 EST on 9 October, carrying three experiments sponsored by ESA’s Education Office and the Swedish National Space Board. The balloon rose to an altitude of 22.5 km and stayed aloft for just over 3 hours before landing close to the Finnish border.

Despite some damage caused by trees during the final descent, the experiments were delivered safely to the ground. The next day, the gondola was returned to Esrange just in time for the students to check their experiments before the scheduled departure from Kiruna.

CASS-E (Cranfield Astrobiological Stratospheric Sampling Experiment) – Cranfield University, United Kingdom. The instrument was designed to collect and detect microorganisms in the stratosphere in order to understand how such microbes are transported from one area to another. Many of the systems operated well, but unfortunately the bio-barriers did not open so no samples were collected. The team will perform a full failure analysis over the coming weeks with a view to a possible reflight.

I-BATE (ISU Balloon Air Traffic Control Experiment) – International Space University, Strasbourg, France. The goal of the experiment was to provide proof of concept for Air Traffic Control from Space using Automatic-Dependent Surveillance (ADS-B) beacons broadcast by civilian aircraft. The night-time flight was not ideal, as there were few planes to track, but the experiment performed well and a total of 14 aircraft was tracked, with a maximum of 6 simultaneously. This was not enough to test the saturation level of the detector, but the team received some good data to analyse.

SCRAT (Spherical Compact Rechargeable Air Thruster) – University of Padova, Italy. This low-thrust cold gas actuator was designed to use as propellant the air collected by a compressor from the surrounding atmosphere. The experiment operated nominally throughout the flight and the team was very happy with the preliminary results. Further analysis will allow the team to evaluate the thruster’s performance.

Media coverage and public outreach were important aspects of the campaign. Some teams kept blogs and photo / video diaries of their experiences on their dedicated websites. CASS-E was particularly successful in attracting media coverage, featuring on the BBC and AOL websites and in the Daily Telegraph newspaper / website. They also visited several schools to explain the science behind their experiment. Both the I-BATE and CASS-E teams provided live webcasts of the BEXUS 10 launch.

Unfortunately, the extended period of poor weather meant that the BEXUS 11 launch could not take place within the planned time frame. The flight had to be postponed until November, when the weather conditions will hopefully improve.

In addition to the four planned experiments on BEXUS 11, it has been decided to offer a reflight to two of the BEXUS 10 experiments. This would enable I-BATE to detect more aircraft in the event of a daytime flight and give a second opportunity to the CASS-E team, assuming that they can identify and fix the fault in time. This is an exceptional offer based on unusual circumstances – normally a team would have to reapply the following year for a reflight.