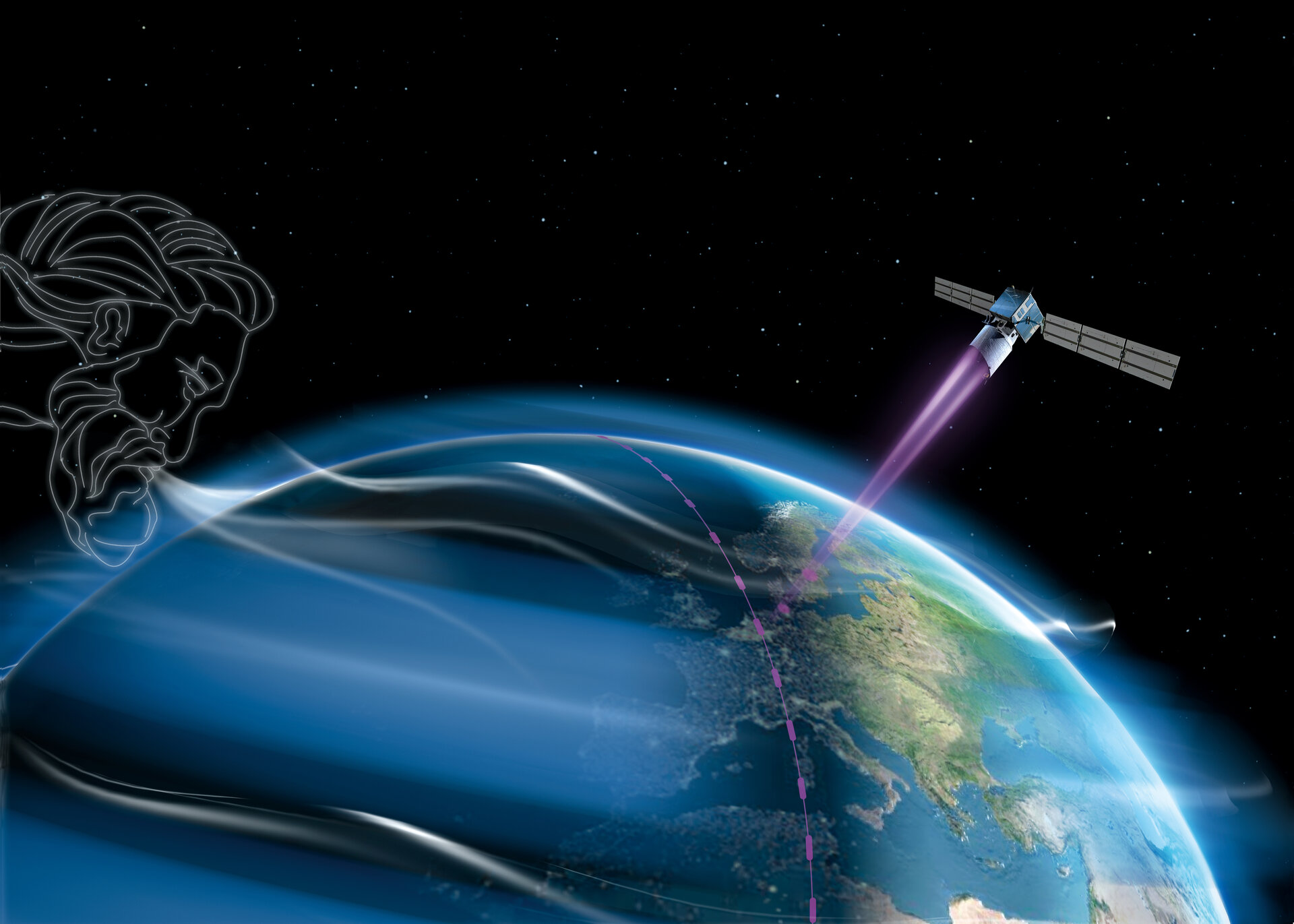 Launched on 22 August 2018, Aeolus is the fourth Earth Explorer mission to be developed within ESA's Living Planet Programme. The first-ever satellite to directly observe wind profiles from space, Aeolus was launched on a Vega rocket from Europe's Spaceport in Kourou, French Guiana.

Named after Aeolus, who in Greek mythology was appointed 'keeper of the winds' by the Gods, this mission provides the much-needed data to improve the quality of weather forecasts as well as contribute to long-term climate research.

The Aeolus team is responsible for command and control, on-board software maintenance and mission planning, as well as interfacing with other ground segment teams. As with all satellites operated from ESOC, specialists from other support teams including Flight Dynamics, Ground Facilities and Software Support contribute to the mission on a daily basis.

The main aim of the mission is to further our knowledge of the Earth's atmosphere and weather systems.

By recording and monitoring the weather in different parts of the world, Aeolus allows scientists to build complex models of our environment, which can then be used to help predict how that environment will behave in the future.

The Aeolus satellite carries one large instrument, the Atmospheric Laser Doppler Instrument (ALADIN), which probes the lowermost 30 km of the atmosphere from 320 km above the Earth's surface. The satellite creates the first-ever series of consistent global wind profiles giving meteorologists better information with which to predict weather. From orbit, Aeolus is able to provide global wind profiles, including remote areas lacking ground-based weather stations.

Aeolus flies in a rather low Sun-synchronous orbit at about 320 km altitude in a dusk-dawn orbit. Winds are measured orthogonal to the flight direction at an angle of 35 degrees off-nadir on the night side of the Earth.

The concept for control of the Aeolus mission is based on the use of a single ground control centre in conjunction with ESA's ESTRACK ground station in Kiruna. The Launch and Early Orbit Phase (LEOP), as well as the Commissioning Phase, was supported for tracking, telemetry and telecommand by additional ESTRACK ground stations as well as Svalbard and Troll.

All routine payload operations are preplanned and executed according to the Flight Operations Plan (FOP). Payload operations as well as science data downlink activities are scheduled for autonomous execution on board based on the spacecraft position along the orbit. There are no real-time platform operations other than near real-time interactive activities at the time of commissioning (initial equipment turn-on, calibration), when uploading regular orbit maintenance manoeuvres or during contingency situations.

The Ground Segment is composed of:

Attitude control is maintained using reaction wheels, magnetotorquers and thrusters. On-board navigational and attitude sensors include a coarse Earth-Sun sensor, a magnetometer for coarse pointing control, a star tracker and an inertial measurement unit, as well as GPS for fine pointing control.

ALADIN is an active instrument which fires laser pulses toward the atmosphere and measures the Doppler shift of the collected return signal, backscattered at different levels in the atmosphere.