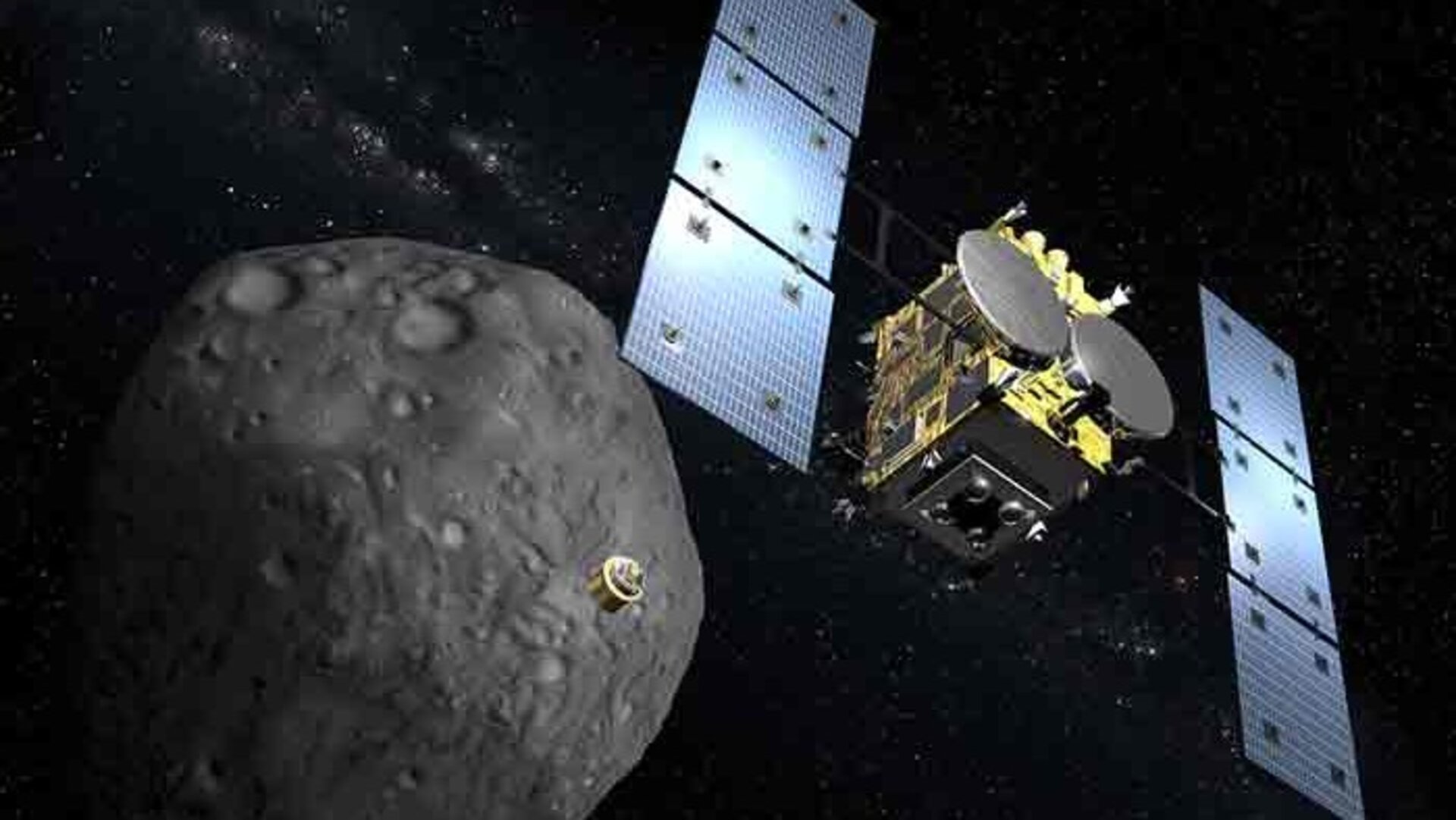 Hayabusa is on an audacious six-year journey to rendezvous with the 900 m-diameter asteroid Ryugu, deliver several landers, snatch a sample of material and then return to Earth in 2020.

The high-tech craft will make an Earth flyby today, a year to the day after launch, gaining gravitational energy to enable it to reach Ryugu’s orbit in 2018.

As it departs Earth, the only radio visibility for communicating with the craft will be from the Southern Hemisphere, and that’s when ESA’s 35 m-diameter deep-space tracking dish in Malargüe, Argentina, will go into action.

“We’ll provide four more tracking passes in December. All of the passes will include sending commands and receiving telemetry on its health and status.”

Like all antennas in the Agency’s Estrack ground station network, the Malargüe antenna will be remotely operated by engineers at ESA’ ESOC operations centre, Darmstadt, Germany.

On competition of each pass, all data received from Hayabusa will be transmitted to the mission control team of the Japan Aerospace Exploration Agency.

The flyby is also being covered from by NASA’s deep-space station in Canberra, Australia.

This month’s helping ear is part of an overall effort that will see the Malargüe dish providing hundreds of tracking hours during the Hayabusa-2 mission.

The sophisticated technology and location of ESA’s station will enable Hayabusa-2, normally tracked from Japan, to deliver significantly more science data and provide coverage when Japanese stations are out of visibility.

In the past, ESA has helped with Japan’s Earth and astronomy missions, including Oicets and Astro-F, but this is the first tracking provided for a deep-space mission.

Hayabusa-2 was launched on 3 December 2014, and has significant European participation.