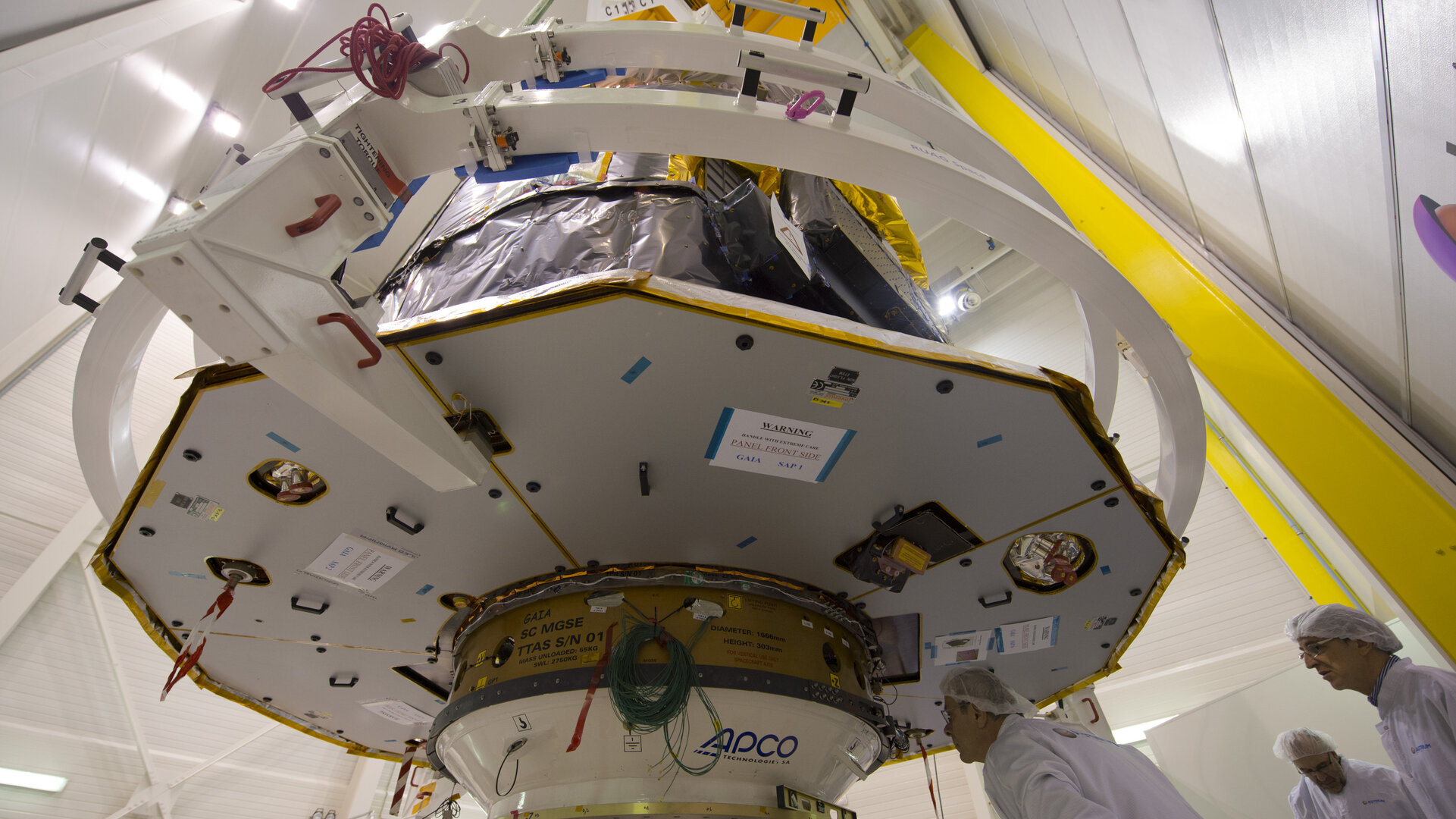 An engineering copy of ESA’s Gaia satellite in Toulouse was linked to the mission control system at ESOC in Germany this week, enabling flight controllers to send commands and receive data just as they will once the actual satellite is in orbit.

The System Validation Test (SVT) on 5–6 September was the final in a series of nine live linkups over the past four years as Gaia has moved through various stages of construction and integration.

Some were performed using the actual flight model, while some – like this week – involved engineering models of the satellite’s subsystems and flight hardware. Until now, all have been conducted between ESOC, the European Space Operations Centre, and the Gaia manufacturing facilities at Astrium Toulouse in France and Stevenage in the UK.

The first SVT addressed basic telecommanding procedures, such as switching satellite units on and off. Over time, the tests increased in complexity and duration, as assembly of the spacecraft in Toulouse progressed.

“The testing is exhaustive, starting with basic system testing, progressing all the way up to the most complex flight modes and switching on of the full payload,” says Gaia Spacecraft Operations Manager David Milligan.

“In addition to ensuring that the ground and onboard software interact well, it is important to test the procedures we must execute in case something goes wrong. Gaia is protected against failure by autonomous software, but engineers on the ground must intervene in some situations. Our contingency recovery procedures were fully validated through the SVT campaign.”

In total, the nine SVTs ran for close to 500 hours over 39 days, and more than 1000 procedure executions were logged, with close to 500 000 telecommands sent.