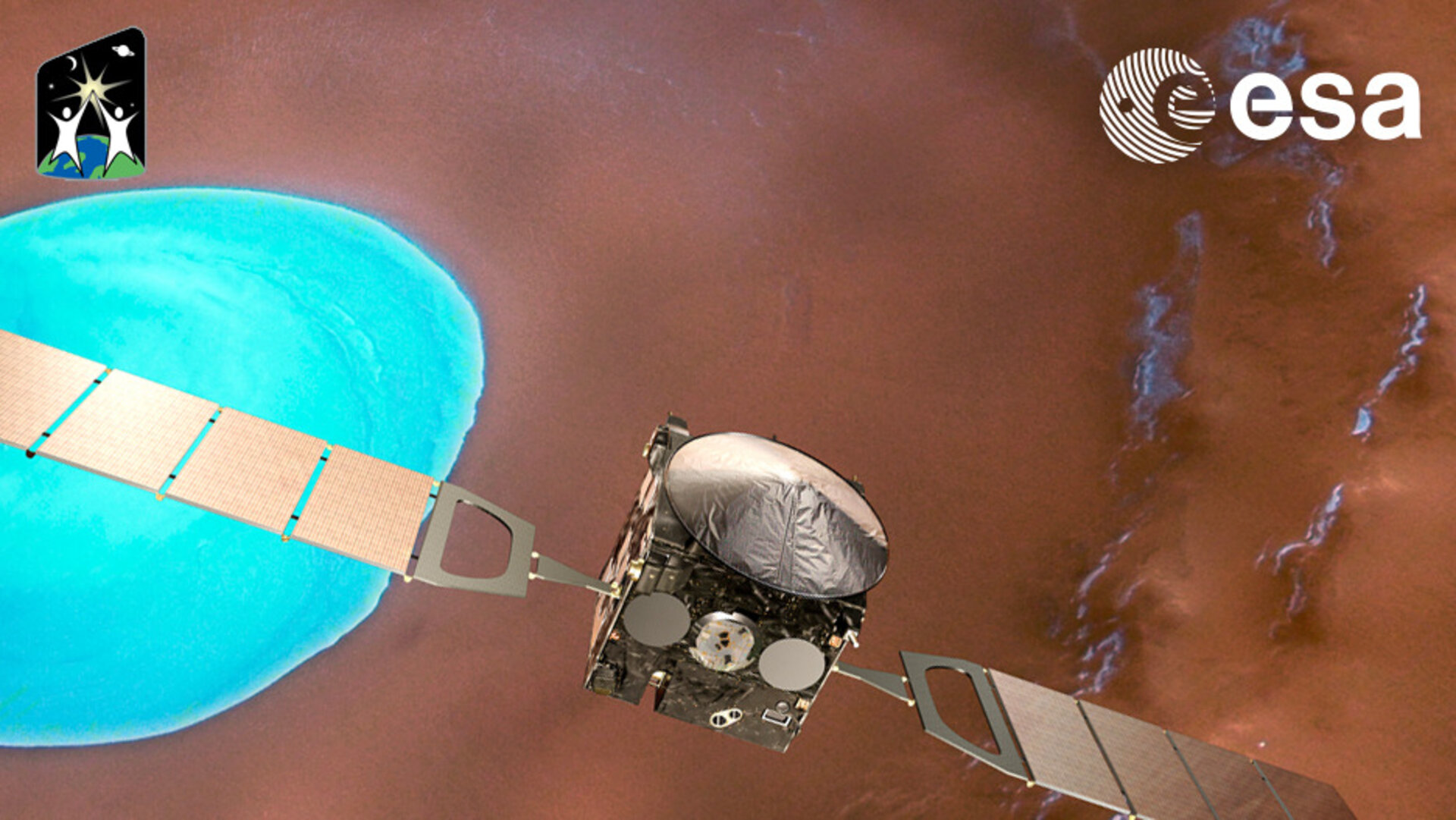 In celebration of World Space Week, experts from ESA’s Mars Express mission will join the US Planetary Society in a Google Hangout focusing on the Red Planet on Friday.

The live discussion will include highlights of ESA’s 10 years of exploring Mars, recent scientific results, interagency cooperation at the Red Planet and plans for the closest-ever flyby of Phobos later this year.

The event will feature ESA’s Olivier Witasse, Project Scientist for Mars Express, and Michel Denis, Spacecraft Operations Manager, in a live Google+ Hangout, or video chat, together with Emily Lakdawalla, Senior Editor for the Planetary Society.

Michel will join the chat from the Mars Express control room in Germany, while Olivier will log in from the Agency’s technical centre in the Netherlands. Emily will join from the USA.

You can follow the Hangout via ESA’s Google+ channel; the audience is also invited to post questions via Google+ or via Twitter, using the hashtag #marschat.

World Space Week is an international celebration of science and technology, and their contribution to improving the human condition. It was established through a resolution of the UN General Assembly in 1999, and is held annually 4–10 October. This year, it is being celebrated under the theme “Exploring Mars, Discovering Earth.”

Mars Express was launched on 2 June 2003 with a target mission life of 687 days (1 martian year). Ten years later it is still monitoring all aspects of Mars, from the subsurface to the upper atmosphere and beyond to the planet’s two tiny moons, providing an indepth analysis of the history of Mars and taking stunning 3D images.

Emily Lakdawalla is a passionate advocate for the exploration of all of the worlds of our Solar System. Through blogs, photos, videos, podcasts, print articles, Twitter and any other medium she can put her hand to, Emily shares the adventure of space exploration with the world.