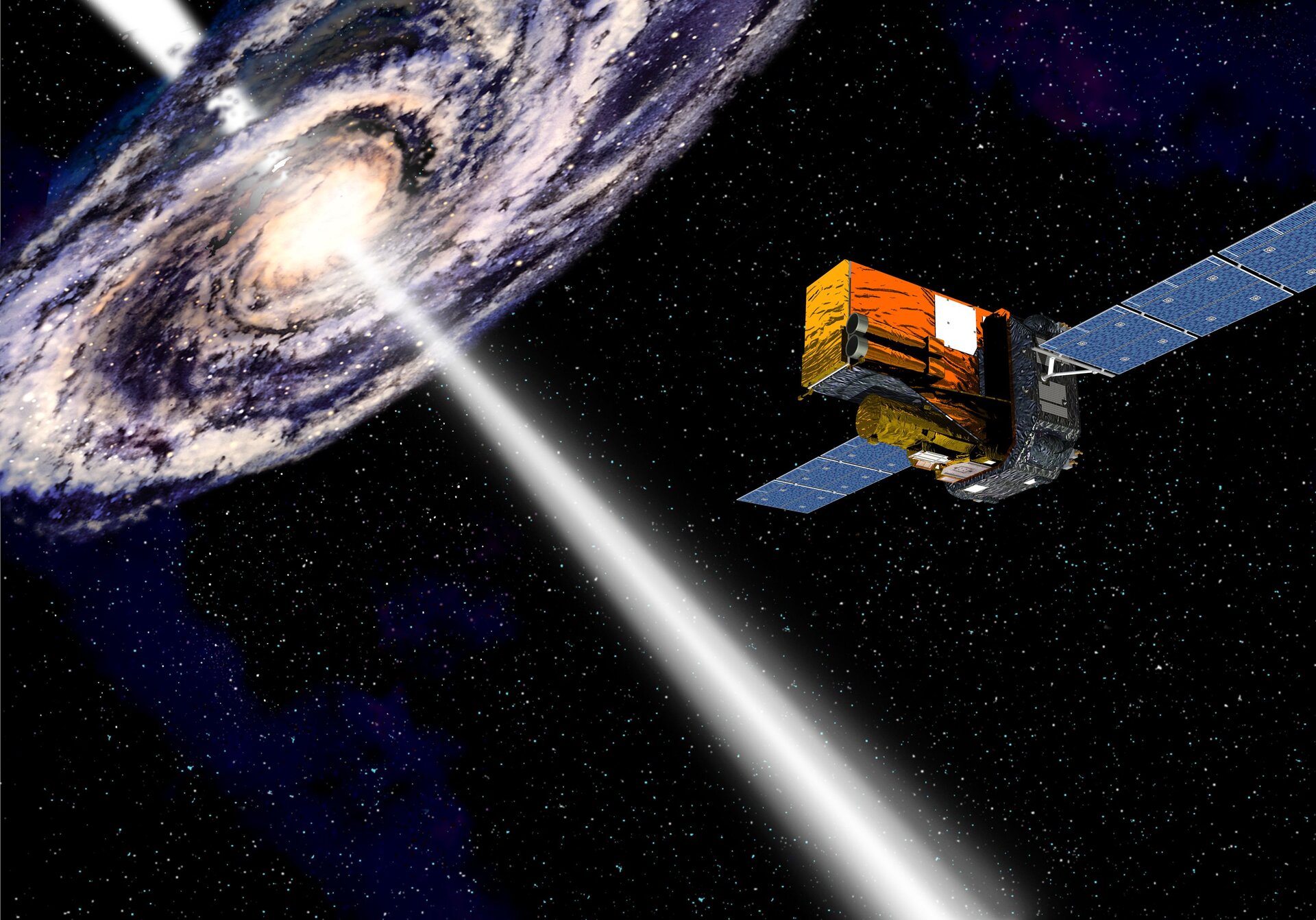 A year ago tomorrow, a failure on the Integral spacecraft meant it fired its thrusters for likely the last time. In the days since, the spacecraft in Earth orbit has continued to shed light on the violent gamma ray Universe, and it should soon be working even more efficiently than before, as mission control teams implement an ingenious new way to control the 18-year-old spacecraft.

Mission Control, we have a problem

In summer 2020, while the Integral Flight Control Team in Germany were getting used to a very different working environment – learning to fly their mission from home while dealing with the uncertainty the Covid-19 pandemic created – the spacecraft decided to throw another spanner into the works.

One day, Integral went into “Safe Mode” – when instruments are turned off and a spacecraft runs just its most basic functions, while facing the Sun to ensure it receives full power – alerting its control team to a problem. Under safe mode control, Integral seemed to go into an eclipse, a normal period of darkness as Earth gets between the spacecraft and the Sun. However, no eclipses were scheduled. 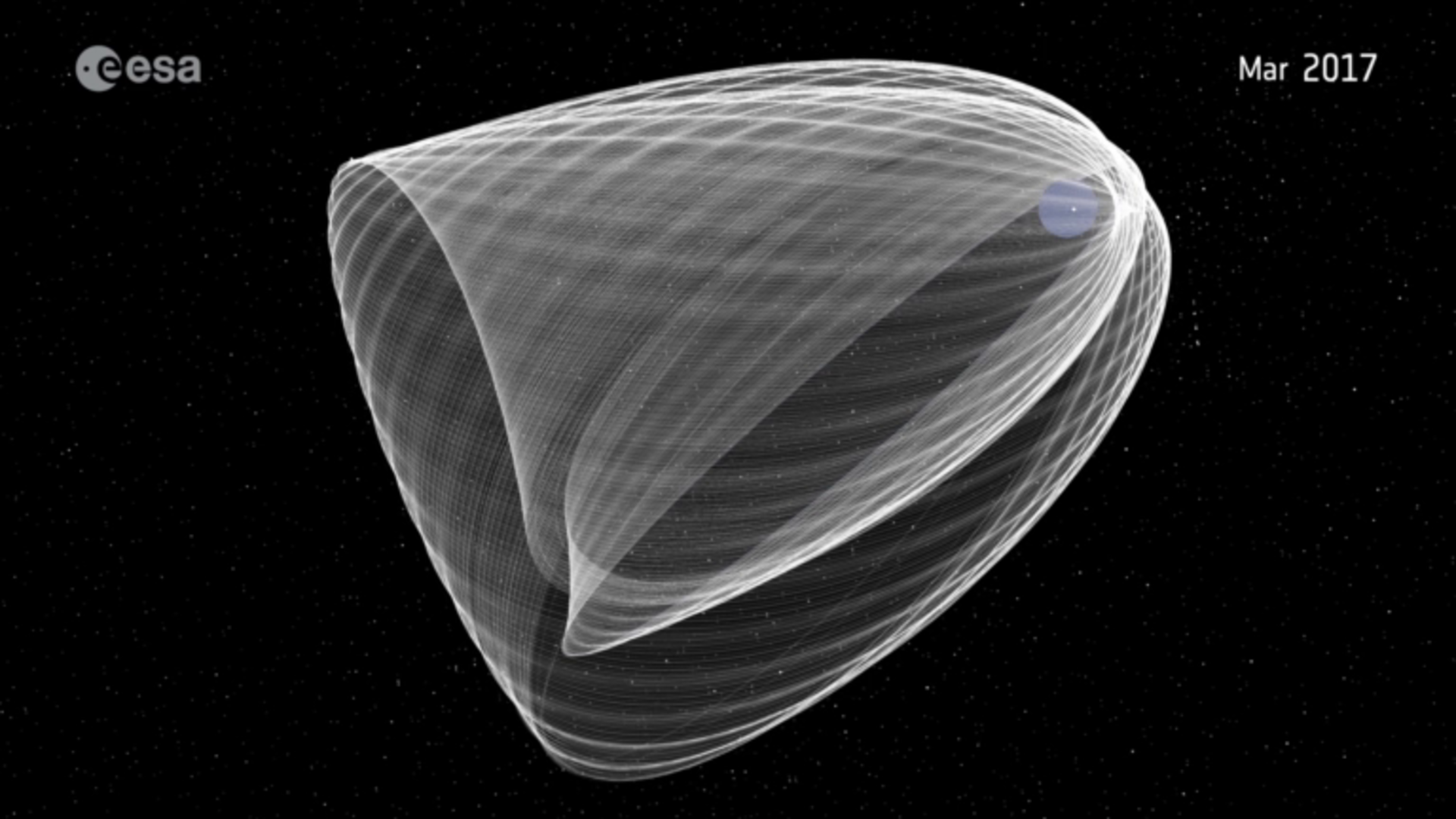 “The satellite had suddenly rotated away from the Sun, which was a very unexpected and strange event. We’d never seen anything like this before”, explains Richard Southworth, Operations Manager for the mission.

“It soon became clear we had a major problem. There was a general problem with Integral’s propulsion system. As we couldn’t trust its thrusters any more, we had to exit Safe Mode quickly, take over control of the spacecraft using its reaction wheels and then figure out what to do.”

Why thrusters matter to a sensitive mission

As Integral is already in orbit, why do we still need its thrusters? To get rid of excess 'angular momentum'.

Integral often points at a single source, for example a distant black hole, for many hours. During this time it is subject to external forces that cause it to rotate, in particular radiation pressure from the Sun acting on the spacecraft’s huge 18 metre solar arrays.

To counteract this solar force and keep the spacecraft pointing at its target, the team uses “reaction wheels’’ – wheels that store energy as they spin, and can be used to subtly control the direction a spacecraft points in without the need of thrusters. These wheels “absorb” the extra energy from the Sun, keeping Integral in position and ensuring it remains the most sensitive gamma ray observatory ever flown.

Over a couple of days, excess energy builds up in the reaction wheels in the form of “angular momentum” – the rotational equivalent of a force going in a straight line, for example the energy stored as you spin in a swivel chair.

Every two to three days, the reaction wheels reach a maximum speed at which point they can't absorb any more momentum. The control team then performs a “momentum dump”, getting rid of excess angular momentum by decelerating the flywheels. In order to prevent the satellite rotating in the opposite direction as the wheels slow down, Integral’s thrusters are (normally) fired, stopping it going into a spin.

After days worrying over the fate of the mission, two team members came up with an idea.

“I didn’t believe it was possible at first. We checked with our flight dynamics colleagues and the theory indicated it would work. After doing a simulation, we tested it on the spacecraft. It worked,” says Richard with relief.

By using a specially designed sequence of manoeuvres, the control team realised they could redistribute the angular momentum stored onboard the satellite using two different reaction wheels spinning in opposing directions, causing the spacecraft to flip.

“So at this point we knew we could control the build up of energy absorbed from the Sun, and christened this new manoeuvre the “z-flip”. As far as I'm aware, this has never been done before. It was a great achievement, but could we continue to do science?”.

After long and intensive discussions with colleagues at the Science Operations Centre in ESAC, Madrid, the team of scientific mission planners came up with a sequence of objects for Integral to observe that would fit within its new range of motion. The mission was fortunately back to (somewhat more limited) science operations.

Gradually, the two teams experimented on more and more tricky sequences of observations, trying out different combinations of spinning wheels and flipping the spacecraft round various new angles. With dedicated teamwork between the control team and science operations team and many others, Integral’s scientific efficiency was restored by September 2020.

One of ESA’s oldest, bulkiest missions gets nimbler

For most space observatories, observation schedules are planned well in advance. However every now and then something unexpected happens in the sky such as supernovae explosion or gravitational waves, and they need to respond quickly to take a look at what’s happened. This is particularly true for Integral, as gamma ray events tend to be short lived.

“In the past when we had a propulsion system we would replan, calculate a new manoeuvre to the new object of interest, offload momentum and then prepare our new sequence of manoeuvres. Our z-flip technique is unfortunately much slower,” explains Richard.

However, the control team has developed an update to Integral’s onboard software that should make angular momentum less of an issue when pointing – slewing – the spacecraft.

“We are very happy that thanks to this genius ‘z-flip’ strategy Integral can continue keeping an eye on the high-energy sky without problem”, says Erik Kuulkers, Integral Project Scientist.

“And we now look forward to discoveries enabled by the new slewing mode, which means this 18 year old spacecraft should become even faster at responding to and observing sudden energetic events across the Universe than when it was launched almost two decades ago.”

Listen to Richard recount the story of Integral’s rescue and upgrade and the amazing teamwork that saved the mission, in the latest episode of the ESA Explores Space Operations podcast.