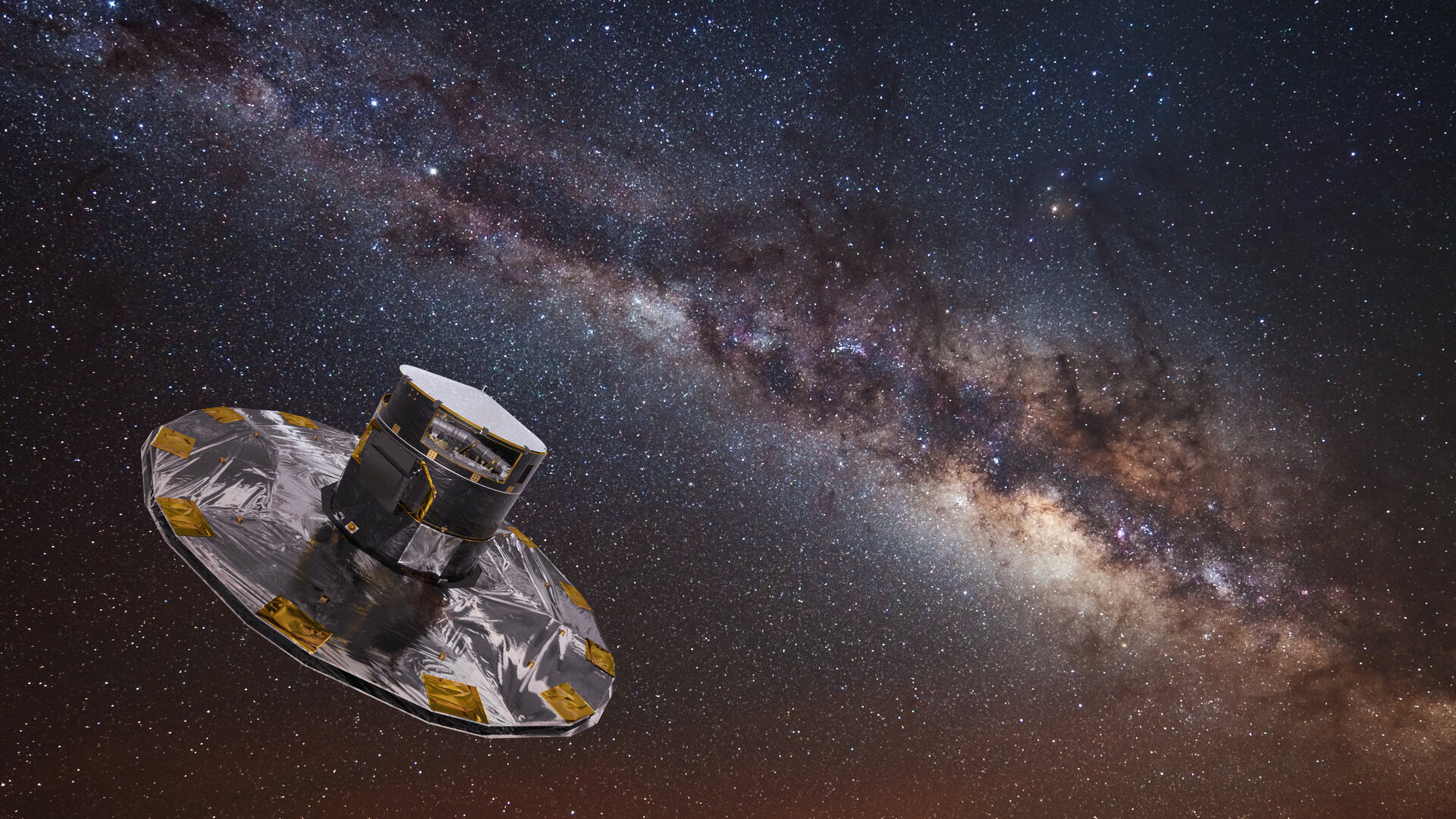 With a final, modest, thruster burn yesterday afternoon, ESA’s billion-star surveyor finalised its entry into orbit around ‘L2’, a virtual point far out in space. But how do you orbit nothing? And who can show you how to get there, anyway?

Just after 15:30 GMT (16:30 CET) yesterday, Gaia made a short thruster burn, nudging the galactic survey craft onto its planned scientific orbit. The job had been mostly completed last week, after an almost two-hour firing took Gaia into a squiggly path about the L2 Lagrange point, 1.5 million km from Earth.

But this apparently simple manoeuvre belies an astonishing fact: the L2 point consists of precisely nothing. It’s simply a point in space.

“They are points where the gravitational forces between two masses, like the Sun and Earth, add up to compensate for the centrifugal force of Earth’s motion around the Sun, and they provide uniquely advantageous observation opportunities for studying the Sun or our Galaxy.”

As seen from this Lagrange point (there are a total of five such points in the Sun–Earth system), the Sun, Earth and Moon will always be close together in the sky, so Gaia can use its sunshield to protect its instruments from the light and heat from these three celestial bodies simultaneously.

This also helps the satellite to stay cool and enjoy a clear view of the Universe from the other side.

L2 provides a moderate radiation environment, which helps extend the life of the instrument detectors in space.

However, orbits around L2 are fundamentally unstable.

“We'll have to conduct stationkeeping burns every month to keep Gaia around L2, otherwise perturbations would cause it to ‘fall off’ the point,” says Gaia Operations Manager David Milligan.

For those used to seeing images of the International Space Station orbiting Earth, or Mars Express orbiting the Red Planet, it seems intuitive that spacecraft have to orbit something. How do you get a spacecraft to orbit around a point of nothingness?

The flight dynamics experts use a range of software tools, developed and refined during decades of support to missions around Earth and across the Solar System.

To plan the orbit, the team applies mathematical models to generate an initial guess for the target orbit and how to get there. This guess must account for the requirements and constraints of the launcher and the needed telecommunications links.

Next, those initial guesses are fed into simulation software to see if the results would violate any of the constraints. Often, no solution is possible.

“That is where expertise and experience are indispensable to reconsider the assumptions and then start all over,” says Frank Dreger, Head of Flight Dynamics.

“There's no commercial source for this sort of software or expertise – it’s been built up over many years at ESOC and represents a capability that is rare in the world and unique in Europe.”