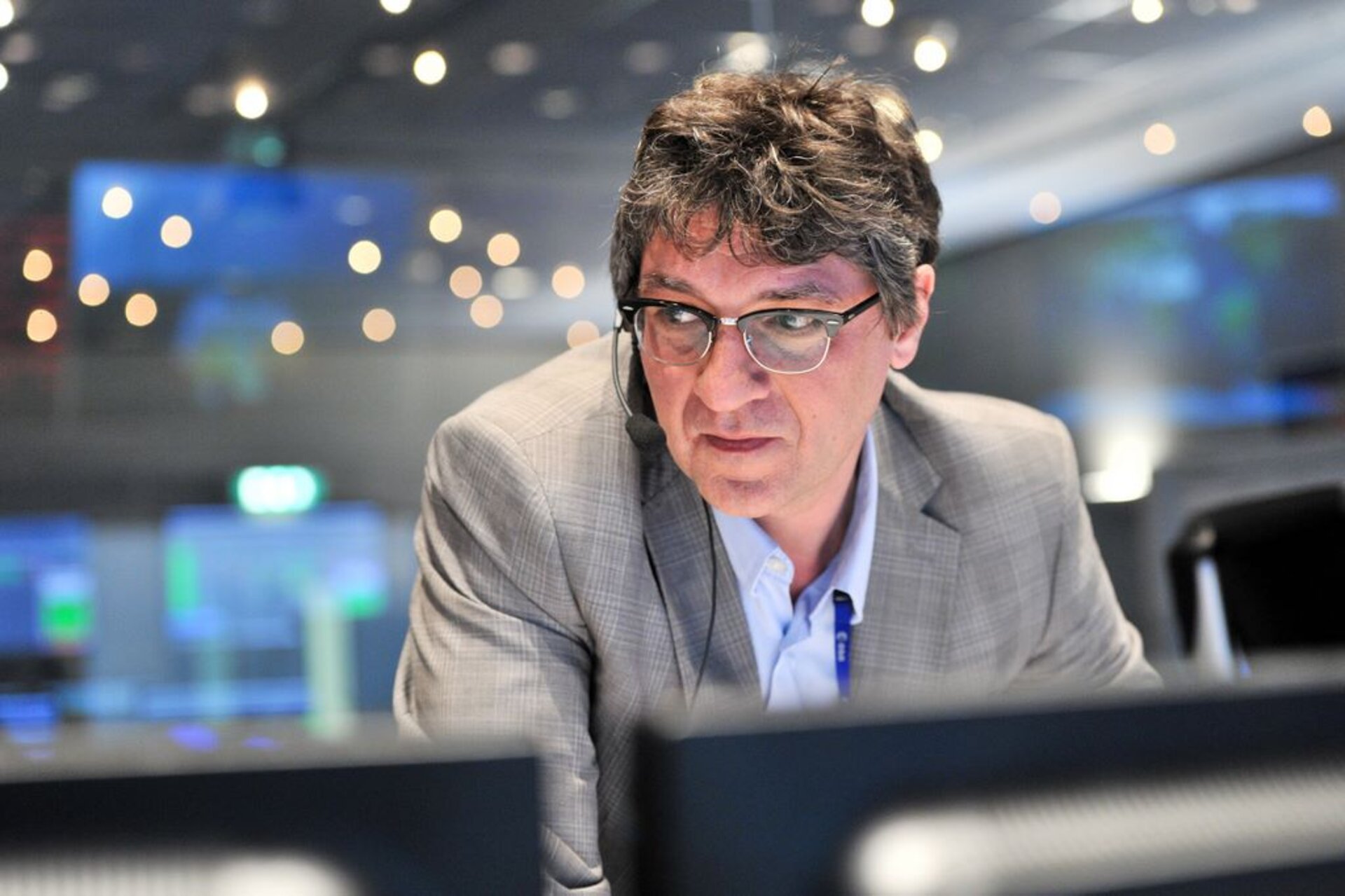 Later this month, Europe’s newest meteorology satellite, MetOp-B, will blast into space from Baikonur Cosmodrome. For mission control teams at ESA, liftoff marks the start of 72 hours of intense focus during the mission’s critical launch and early orbit phase.

MetOp-B is the second of three MetOp polar-orbiting satellites procured on behalf of Eumetsat, the European Organisation for the Exploitation of Meteorological Satellites, by ESA from a European industrial consortium led by Astrium.

The satellite is set for liftoff on a Soyuz rocket from Kazakhstan on 17 September, including instruments from the French space agency, CNES, and the US National Oceanic and Atmospheric Administration, NOAA.

The first radio signal from the craft is expected around 66 minutes after departure.

The launch and early orbit phase – known as LEOP to engineers – begins three minutes later, when MetOp separates from the Fregat upper stage. It will finish three days later when ESA hands the satellite over to Eumetsat after placing it into its planned orbit and ensuring that all systems are working properly.

During LEOP, ground teams at ESA’s European Space Operations Centre (ESOC) in Darmstadt, Germany, will check all of MetOp-B’s systems and that its solar array has deployed and rotated toward the Sun to provide crucial electrical power to run the satellite and its 13 scientific instruments.

“On Day Three, we’ll conduct a number of thruster burns to fine tune the orbit and get into ‘phase’ with the orbit of MetOp-A while we prepare for handover to Eumetsat.”

Months of simulation training to prepare for LEOP

After months of simulation training and intensive rehearsals, the mission controllers assigned to MetOp-B are ready to react to any possible contingency situation.

“This LEOP is very similar to that for MetOp-A, launched in 2006, as the two satellites, the launcher and the ground station network are almost identical,” says Andreas Rudolph, Deputy Flight Operations Director.

“Due to normal personnel turnover, our team is almost entirely new, so we’ve done a lot of team building and an intense training and simulations campaign.”

MetOp will enter a polar orbit at an altitude of 817 km with an orbital period of 101 minutes, so multiple ground stations are necessary to provide the full-time communications needed during LEOP.

Six stations in Africa, Europe, Alaska and Hawaii, including ESA’s 15 m-diameter antenna in Maspalomas, Spain, will track the satellite.

“The operations, flight dynamics and ground systems teams at ESOC are Europe’s top experts in delivering spacecraft into their initial orbits as well as operating missions through all critical and routine mission phases,” says Manfred Warhaut, ESA’s Head of Mission Operations.