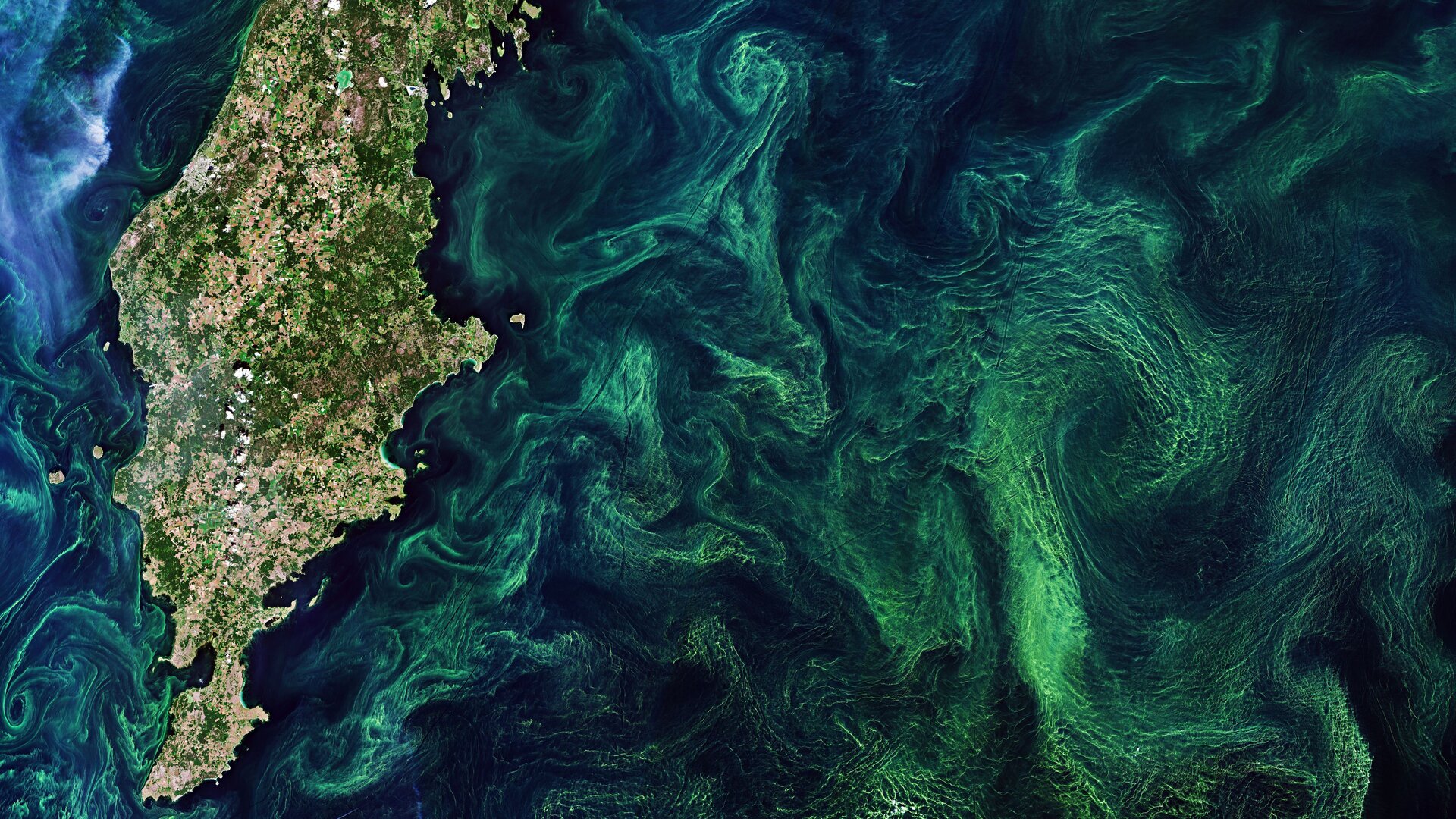 The safeguarding of economic, environmental, and geopolitical interests, as well as our safety and security, depend on our ability to monitor, control, defend, connect and utilise the maritime territory, its resources and its pathways. Global situational awareness of maritime spaces is also a key element.

ESA programmes devoted to the oceans and to the blue economy have existed for many years, and together form a group of successful initiatives that provide key data, information and services for the maritime world. ESA Member States contribute to these whilst having their own strategy and activities.

Following strong requests from several Member States and interest expressed by a large majority of them, at the end of 2019, ESA established a dedicated task force consisting of representatives of interested States and ESA experts. This article provides information on past activities, the steps taken since the task force was set up, and the way forward.

The lead up to the Blue Worlds Task Force

Bodies of water, and in particular the seas and the oceans, have benefited from satellite applications and services for decades. This is mostly because they are large, far from any ground infrastructure, have no population, host fragile ecosystems, and are important for the climate and the economy.

Awareness of the importance of the world's waters increased significantly in 2012, on the occasion of the 30th anniversary of the United Nations Convention on the Law of the Sea, also known as the Montego Bay Convention. At this point, the desire to use space to support maritime-related activities increased.

In April 2018, ESA launched an online catalogue of activities supporting the UN Sustainable Development Goals (SDGs). Some 300 activities were included at the time, each categorised under one or more of the 17 SDGs. The catalogue now includes 730 projects and activities, many of which are relevant for the oceans and are categorised under SDG14 (life below water).

In the lead up to the Space19+ Ministerial Council meeting at the end of 2019, an investigation looked into how space programmes focusing on regional and thematic challenges address problems faced on Earth, linking those programmes to non-space policies. The investigation aimed to support decision makers both within and outside the space sector to explain the impact of decisions to be taken at Space19+ on non-space policies and Earth-based challenges, helping to build bridges between space and society.

The theme of 'the oceans' was tackled through a part of this investigation dedicated to maritime and the Atlantic, which analysed proposed programmes related to the environment, economic development, resources, connectivity, logistics and surveillance. All of these programmes are now being implemented.

ESA carries out a number of activities that are directly or indirectly relevant to the maritime sector and its different applications, and it was deemed important to map these activities as thoroughly as possible. Good indications of the spectrum of these activities were drawn from events organised by ESA Directorates with relevant stakeholders, such as the Ocean x Space workshop organised by the Telecommunications & Integrated Applications Directorate in 2018, and the Atlantic from Space workshop organised by the Earth Observation Directorate in 2019. Furthermore, an ESA internal task force, involving representatives from all Directorates and focusing on the Atlantic and maritime issues, was active in the first half of 2019.

In order to have a more structured snapshot, a comprehensive and ESA-wide analysis of such activities, both ongoing and planned, was conducted in March–April 2019 with the help of ESA's Concurrent Design Facility (CDF) and its programmatic experts, as well as representatives from all ESA Directorates. The final mapping, as presented to ESA Member States, constitutes a reference document for the ensuing activities and in particular for the Blue Worlds Task Force (BWTF).

Representatives from all interested Member States (as well as other invited States) have joined the BWTF, under the coordination of the ESA DG's Office for Member States Relations and Partnerships and with the support of ESA experts from all Directorates and Services. The States are that are part of BWTF (as members or observers) are: Belgium, Czech Republic, Denmark, Estonia, Finland, France, Germany, Greece, Ireland, Italy, Luxembourg, Norway, Poland, Portugal, Romania, Spain, Sweden, Switzerland, the United Kingdom, as well as Slovenia and Iceland who have been invited to take part.

The BWTF collects and analyses specific needs and opportunities stemming from national policies, users and stakeholders, channelled through the Member State representatives, in order to identify and discuss possible gaps in responding to those needs and opportunities. Subsequently the aim of the BWTF is to propose common actions (for example, research studies, applications or programmes) that can fill these gaps with space-based solutions that meet the interests of a significant number of Member States, and receive their support.

Following requests from Member States, the challenges faced in the Mediterranean Sea, the Baltic Sea, the North Sea, the High North and the Black Sea/Danube, are all now addressed under the Blue Worlds Task Force. We expect that the needs identified for specific regions of the oceans are also applicable to other areas, and that the proposed answers will cover all parts of the ocean of interest to Member States. The proposed actions can be implemented in existing programmes, if they fit the corresponding rules, or serve as a basis for proposals to be prepared for ESA’s next Ministerial Council.

The BWTF kicked off with a workshop on 17 October 2019, with the aim of identifying the interested Member States and their main challenges, and subsequent meetings followed in 2020.

The World Ocean Council (WOC) is supporting ESA to reach the largest possible number of users from the maritime community and identify their challenges. Bringing together big corporations, industry and trade associations, research and academia linked to the maritime sector, the WOC describes itself as the "international business alliance for corporate ocean responsibility".

ESA's Blue Worlds Task Force was presented at WOC's annual flagship event, the Sustainable Ocean Summit 2019. One session focused on autonomous shipping, which cannot be achieved without satellites, being one of the most important challenges that the maritime sector is likely to meet in the near future. The session looked at how ESA-developed technologies, as well as its diverse yet complementary programmes, can help tackle the challenges related to safe and efficient autonomous navigation of the seas. The ensuing debate highlighted the importance of the potential contribution of space-based systems and space-enabled products and services, and the opportunity for ESA to continue the conversation with maritime stakeholders.

Looking to the future

The BWTF covers all topics linked to the oceans. Its aims include using space-supported navigation to identify the most efficient shipping routes for lower energy consumption, verifying reductions in exhaust-gas pollution using satellite surveillance and enabling the use of autonomous ships to reduce energy use for navigation and onboard systems. The initiative could also support efficient port management – so that ships don't have to wait for days to gain entry – as well as telemedicine and on-board diagnosis technologies that would make it unnecessary to re-route vessels or send rescue helicopters and ships.

These efforts will target long- and short-haul shipping, ferries and inland waterway vessels as well as coastal and urban water transport. Autonomous waterborne transport – using wind, solar and other renewable energies to remain carbon neutral – will provide a climate-friendly alternative to trucking on congested roads. Furthermore, air conditioning, lighting and other services needed to support a crew will be reduced and even unnecessary with full autonomous shipping.

Autonomous shipping will be a specific focus of the BWTF, as it is recognised by several ESA Member States as one of the biggest challenges facing the maritime world. This challenge can only be addressed with a solid space infrastructure as well as spin-offs from space technologies and processes.

The work of the BWTF will identify challenges that can already be addressed with existing programmes, and proposals for new programmes and activities will target the next ESA Council at Ministerial level that could be held at the end of 2022.