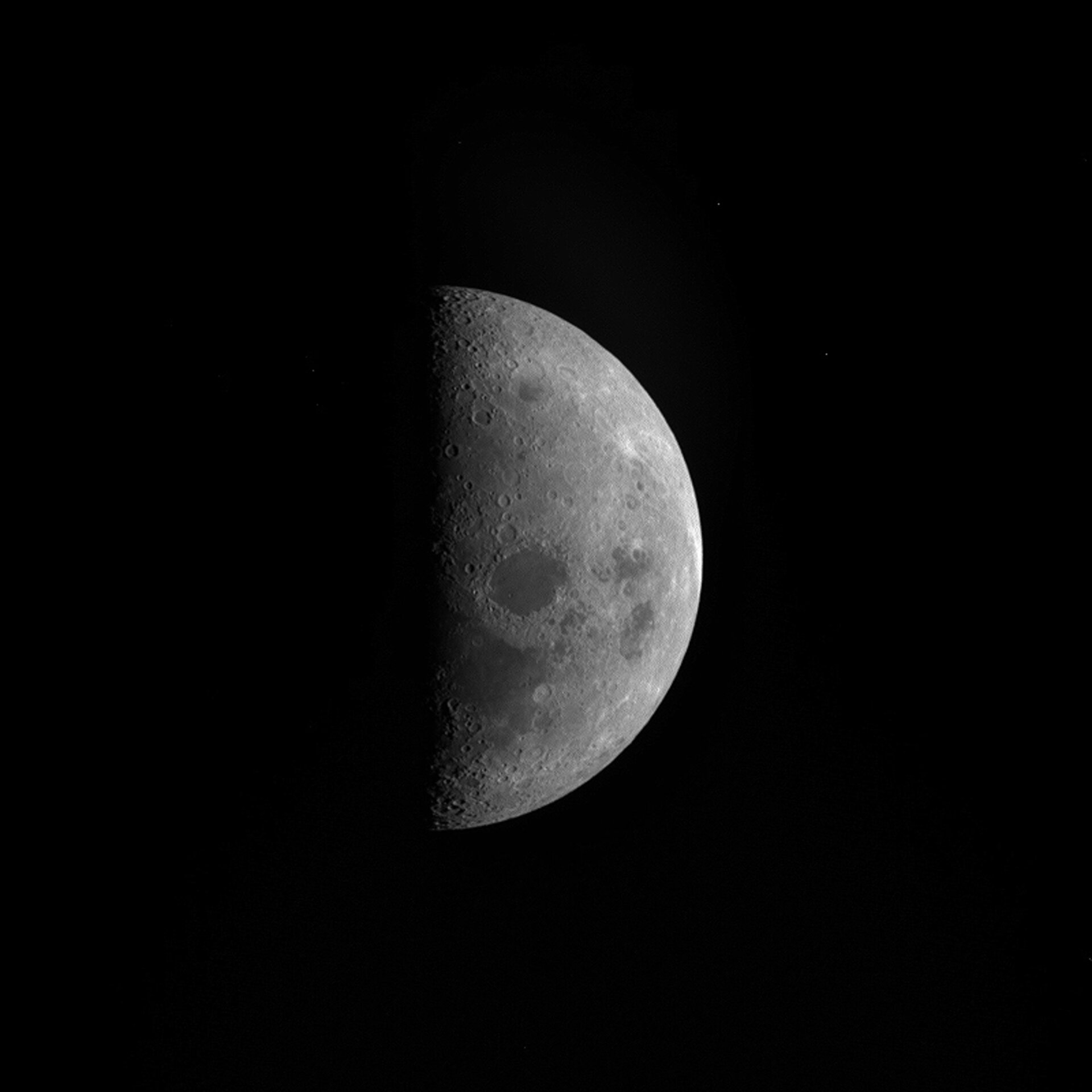 The idea of harvesting a clean and efficient form of energy from the Moon has stimulated science fiction and fact in recent decades. Unlike Earth, which is protected by its magnetic field, the Moon has been bombarded with large quantities of Helium-3 by the solar wind. It is thought that this isotope could provide safer nuclear energy in a fusion reactor, since it is not radioactive and would not produce dangerous waste products.

The Apollo programme's own geologist, Harrison Schmidt, has repeatedly made the argument for Helium-3 mining, whilst Gerald Kulcinski at the University of Wisconsin-Madison is another leading proponent. He has created a small reactor at the Fusion Technology Institute, but so far it has not been possible to create the helium fusion reaction with a net power output.

This has not stopped the search for Helium-3 from being a motivating factor in space exploration, however. Apart from the traditional space-faring nations, the India has previously indicated its interest in mining the lunar surface. The use of Moon resources was also part of Newt Gingrich's unsuccessful candidacy for the Republican party’s nomination for the US presidency in 2012.

Private enterprise is also interested in using fuel from the Moon – although possibly by extracting water rather than Helium-3. The Shackleton Energy company envisages providing propellant for missions throughout the Solar System using lunar water.

Some teams vying for the Google Lunar X-Prize also see mining as an ultimate goal of their landers. ESA has also considered using the Moon to help missions farther into the Solar System.

Arguments have also been made for mining Helium-3 from Jupiter, where it is much more abundant – it would need to be given the distances involved. Extracting the molecule from Jupiter would also be a less power-hungry process.

Not everyone is in agreement that Helium 3 will produce a safe fusion solution. In an article entitled "Fears over Factoids" in 2007, the theoretical physicist Frank Close famously described the concept as "moonshine". Either way, it seems we will have to be patient to find out the answers.