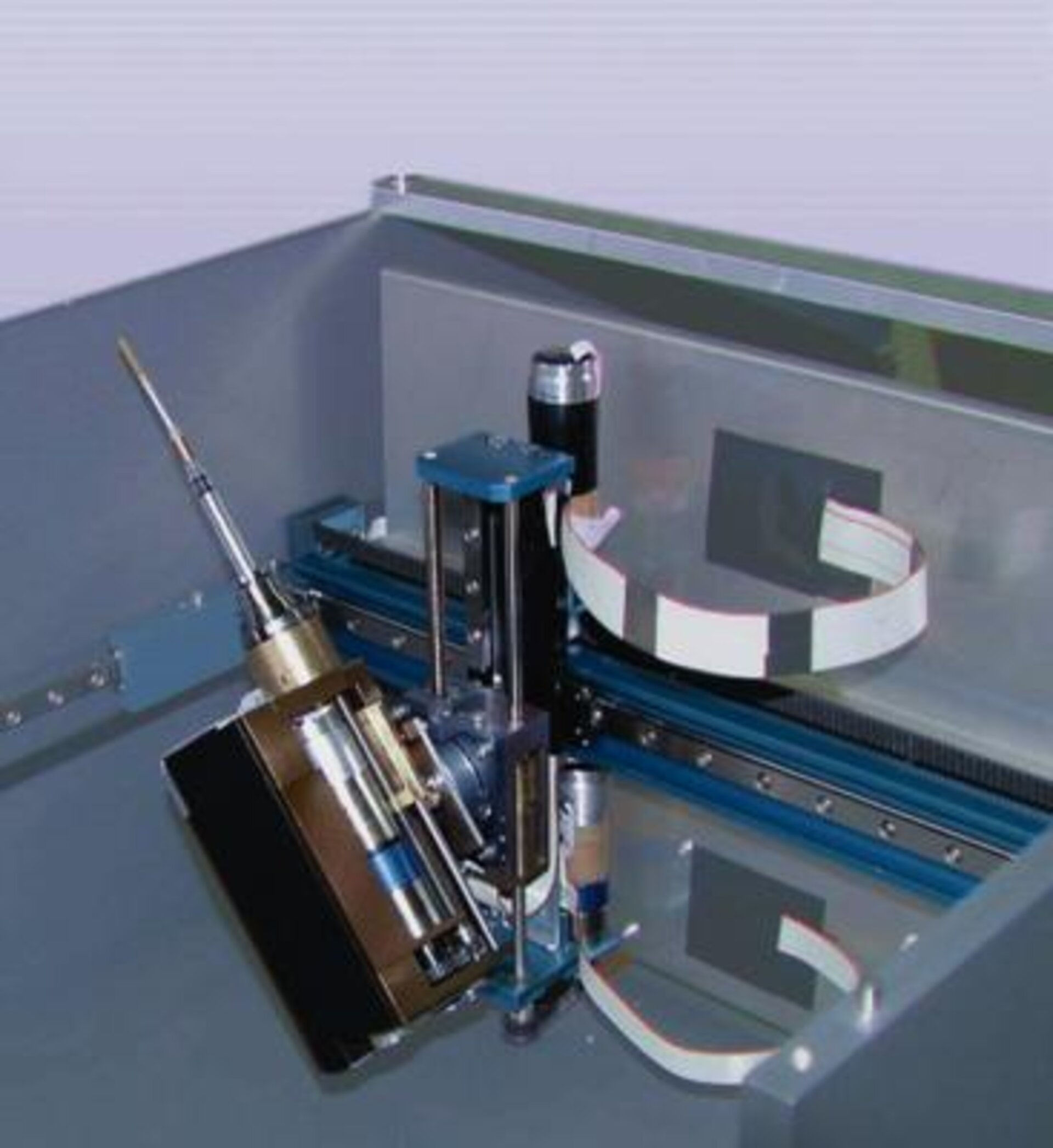 The Microgravity Facilities for Columbus (MFC) Programme covers the development of five multi-user laboratories in the fields of Biology, Human Physiology, Materials and Fluid Science. These facilities are complex automated laboratories designed to implement complete scientific experiments with minimal intervention of the ISS crew. As such the facilities contain an high amount of A&R technologies (BIOLAB even contains a full featured robot arm). The A&R group has supported with manpower, tools and advise the development of the MFC since its inception.

The Erasmus Recording Binoculars (ERB) is a stereo video camera capable of recording films for viewing in 3D. The ERB camera, developed by the A&R group, was launched with the Progress 22P from Baikonur, Kazakhstan to the International Space Station on the on the 24th of June 2006. The camera will primarily be used by German astronaut Thomas Reiter during his Long Duration Mission in 2006. The ERB will stay onboard the Space Station during its 3 years lifetime.

Foton are Russian unmanned recoverable capsules, which are used to carry out scientific experimentation in low Earth orbit for a maximum duration of about 15 days. ESA has been participating in this type of scientific mission for 18 years, lately by providing the majority of the scientific payload. The A&R group has initiated and managed the development of the Telescience Support Unit (TSU), an avionics system capable to:

The TSU has allowed Principle Investigators (the chief scientists responsible for each scientific payload) to interact with their experiment while in flight. Since the mission Foton M2 the A&R group is also responsible for the definition and manning of the mission ground segment.

ERA is robotic servicing system, which will be used in the assembly and servicing of the Russian segment of the International Space Station. ERA has been for most of its long development history the only approved robotic programme at ESA. From its inception, the A&R group has supported the ERA Programme through all kinds of engineering activities including hardware test campaigns.

This robot, which is as large as a human, is designed to carry out astronaut’s tasks on the International Space Station. EUROBOT will be able to climb the outside of a space station, attach itself to the handrails just like an astronaut and be tele-operated by the crew inside. The A&R group has initiated the EUROBOT concept, provides support to the EUROBOT project and has initiated a series of R&D activities to prepare technolgy needed by EUROBOT

The EXOMARS rover is the main actor of the ExoMars mission. The rover will carry a suite of Exobiology instruments called PASTEUR that will enable the study of extinct /extant life on Mars. The whole rover requires a huge amount of A&R technology. The A&R group supports the ExoMars project with managerial and engineering activities. The group has also supported the Exploration Programme in the investigation of future Lunar exploration missions.

The BepiColombo mission will deliver two spacecraft (Mercury Planetary Orbiter and Mercury Magnetospheric Orbiter, the latter provided by ISAS, Japan) in two separate Hermean orbits. However at its inception the mission also featured a Mercury Surface Element (MSE), the first lander on the surface of Mercury. The main purpose of MSE was to investigate in-situ the physical and chemical properties of the Hermean surface. The MSE hosted two important A&R elements: a micro-rover and an imaging system. The A&R group initiated R&D activities to develop both items. Sadly the MSE was cancelled in 2003, while the R&D activities were continued.

The aim of Technology Reference Studies (TRS) is to explore possible mission scenarios to allow the ESA Science Directorate to strategically plan R&D important technologies of likely relevance to future science missions. The A&R group has supported the Science Directorate in developing technology in support to the Venus Entry Probe (VEP) TRS.

In 1990 ESA in 1990 initiated the “Geostationary Servicing Vehicle” (GSV) study. GSV was intended to be a robot-equipped satellite able to repeatedly grasp and repair failed satellites. The A&R group provided support in the engineering of the roboti elements of GSV. Following the GSV study the team initiated a series of R&D activities to prepare technology for GSV.

The “ConeXpress as Orbital Life Extension System” (CX-OLEV) aims at developing a servicing spacecraft capable of extending the life of GEO telecommunication satellites by captive-carrying them. CX-OLEV uses a DLR provided docking payload to "sting" and capture a client satellite. The A&R group has provided engineering support to the ARTES programme of the Directorate of European Union and Industrial Programmes which manages the CX-OLEV development.