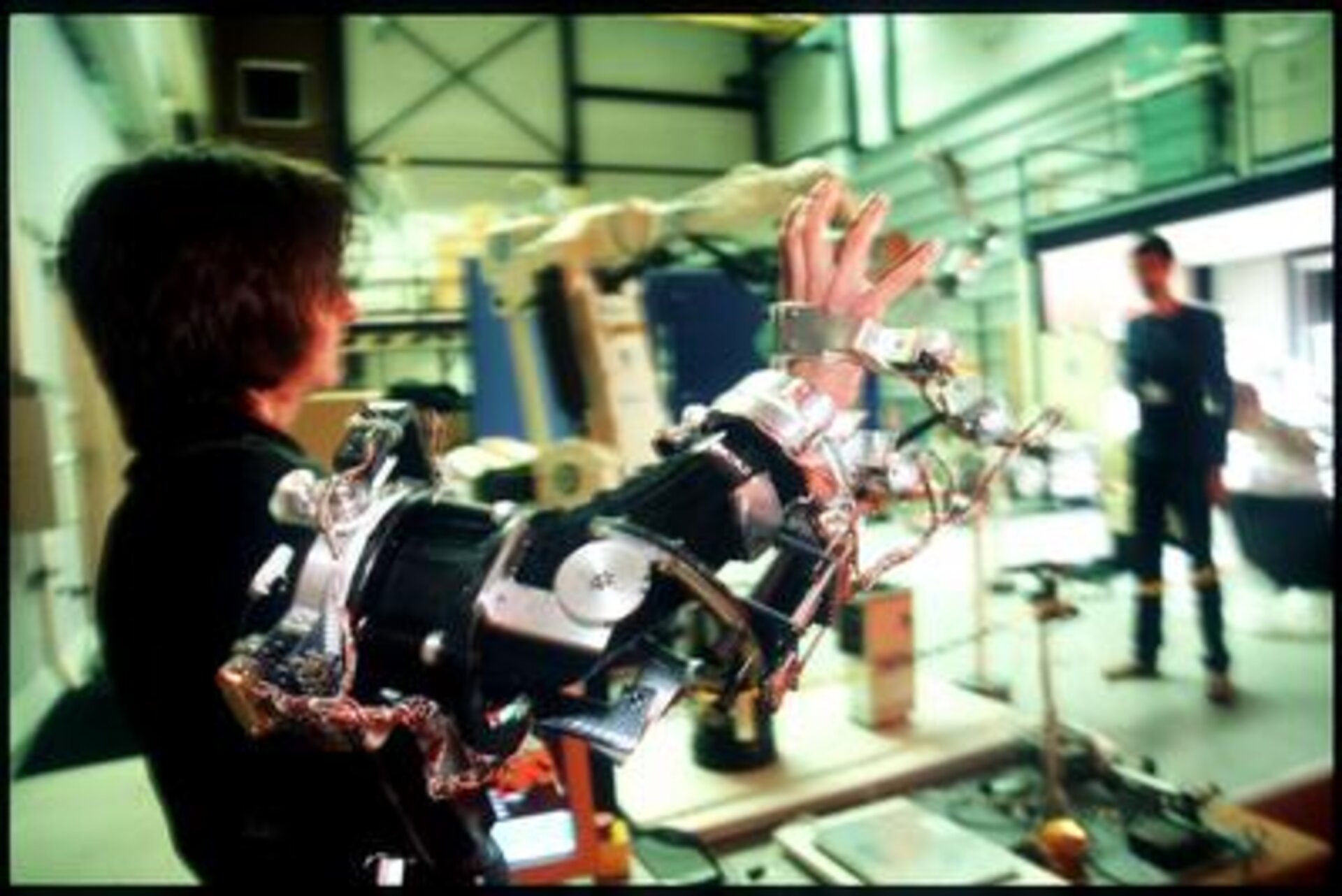 The ESA Human Arm Exoskeleton has been developed to enable in-space force-feedback telemanipulations with redundant robotic arms. The target application of the ESA Exoskeleton is telemanipulation of astronaut-like robots, operating in a remote harsh environment, by robot-untrained operators placed in a comfortarble (but gravity-less) environment. Example of this applications are:

Following the requirements and constraints of the space applications, the  exoskeleton has been designed to:

A major innovation of the ESA Exoskeleton is in  its kinematics.
There is no attempt to imitate the human shoulder, elbow or wrist kinematics.
On the contrary, an alternative kinematics chain offering the same freedom of motion is bridged over the human joints.
This chain and the human joints form a closed kinematics loop that:

The ESA Exoskeleton is ideal means to teleoperate the EUROBOT system. The exoskeleton is in fact integrated in the Eurobot Testbed, where successuflly demonstrates its effectiveness.