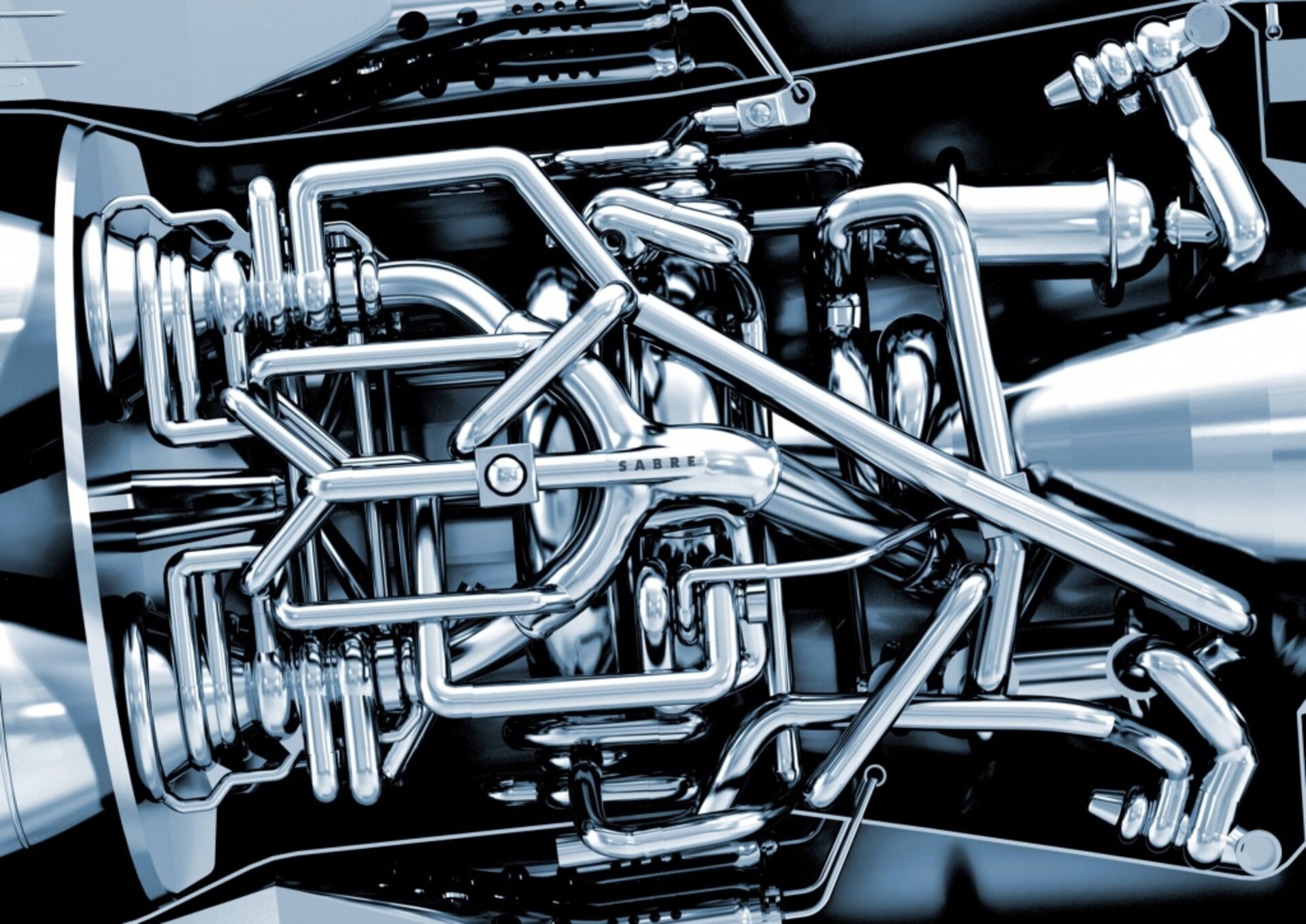 The development programme of the world’s first air-breathing rocket engine has taken an additional significant step forward, which will lead to major testing milestones being undertaken within the next 18 months.

ESA, together with the UK Space Agency (UKSA) recently reviewed the preliminary design of the demonstrator engine core of the Synergetic Air-Breathing Rocket Engine (SABRE), which Reaction Engines will use to undertake ground-based testing at test facility at Westcott, Buckinghamshire, which is currently under construction.

“The positive conclusion of our preliminary design review marks a major milestone in SABRE development,” comments Mark Ford, heading ESA’s Propulsion Engineering section. “It confirms the test version of this revolutionary new class of engine is ready for implementation.”

SABRE is uniquely designed to scoop up atmospheric air during the initial part of its ascent to space at up to five times the speed of sound. At about 25 km it would then switch to pure rocket mode for its final climb to orbit.

In future SABRE could serve as the basis of a reusable launch vehicle that operates like an aircraft. Because it would carry much less bulky onboard oxygen supplies, such a vehicle could deliver the same payload to orbit of a half the vehicle mass of current launchers, as well as potentially offering a large reduction in cost and higher launch rate.

ESA, via the UK Space Agency has invested €10 million in SABRE development, together with £50 million from UKSA. ESA also performs a technical oversight role on behalf of UKSA.

ESA’s involvement began in 2010 with an independent review of SABRE’s viability, opening the way to UK government investment. Then, in 2012, ESA collaborated with Reaction Engines on testing of an essential element of SABRE – the pre-cooler that cools the hot airstream entering the engine at hypersonic speed, the performance of which was fully validated under ambient air temperatures.

Reaction Engines launched a significant new element of its development programme in October 2016 to design, build and demonstrate a SABRE engine core. The test item consists of an engine core, which is a key module of the complete SABRE engine, but without the pre-cooler and rocket nozzle in place. Following completion of this core design and development activity major elements of the world’s first air-breathing engine capable of accelerating from zero to Mach 5 will have been demonstrated.

The complete air-breathing core demonstrator will be fully representative of the SABRE thermodynamic core cycle, fuelled by liquid hydrogen, and will contain heat exchangers plus combustion and turbomachinery modules.

Testing of the core demonstrator will be undertaken at a dedicated test facility currently being built at Westcott Venture Park in Buckinghamshire, a historic site for British rocketry where engines for the Blue Streak and Black Arrow rockets were tested.

Chris Castelli, Director of Programmes at the UK Space Agency, said: “As the home of the jet engine, the UK has a rich aerospace heritage and world-renowned skills and expertise. This is an exciting landmark for Reaction Engines in the development of its SABRE engine, which could revolutionise both access to space and international travel by powering aircraft to five times the speed of sound.

“The government’s modern industrial strategy is putting the UK at the forefront of pioneering aerospace technologies and ensuring we thrive in the new commercial space age. Our £60m investment in SABRE is a great example of how we are backing the businesses of tomorrow.”

Shaun Driscoll, Programmes Director atReaction Engines, said:“Reaction Engines has had a hugely supportive relationship with ESA and we are delighted with this further endorsement of the SABRE engine design. This step opens the door to some exciting testing milestones which we will be undertaking in the next 18 months and moves us closer to the demonstration of the first SABRE engine, a unique class of scalable aerospace engines, which will revolutionise the way we travel around the globe, and get into orbit.”

“One of the great advantages of the SABRE propulsion concept is that it is totally modular from both design and operational perspectives” explains Richard Varvill, Chief Technology Officer of Reaction Engines. “Therefore it is possible to subject each of the key components of the engine to rigorous ground testing, which fully mimic the operational conditions the engine will face up to Mach 5 flight at 25km altitude.”