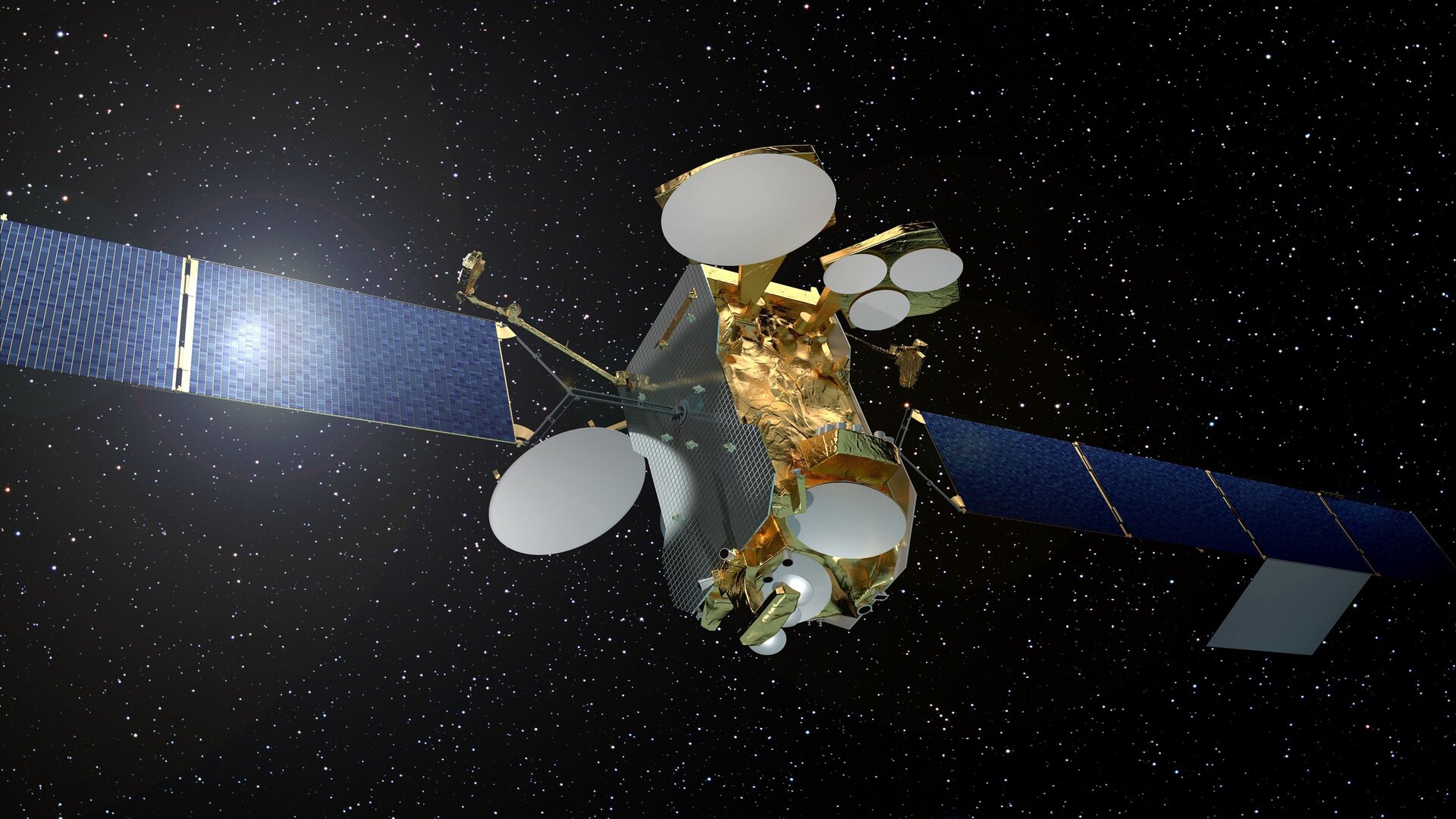 The satellite relied entirely on electric thrusters to climb from its initial orbit into its planned slot over the equator some 35 800 km up, and is now using them to hold position.

“By electrically charging propellant and accelerating it using electrical power from solar arrays, much more energy is squeezed out of each breath of gaseous propellant.

“This opens up the option of flying lighter satellites because they can fly on smaller launchers. Or a greater percentage of the same mass can be dedicated to the revenue-earning payload in place of bulky propellant tanks.

“The main trade-off is that all-electric satellites take much longer to reach their final orbit because electric propulsion provides low thrust, firing continuously to accelerate gradually over time.”

Eutelsat-172B – the first to fly of six Eurostar E3000 all-electric platforms sold so far to telecom companies by Airbus – reached its working orbit some four months after its 2 June launch.

“All-electric telecom satellites have been in service globally since 2015, but Eurostar E3000 has a novel addition: a pair of 3 m-long three-jointed arms carrying thrusters on the end,” explains ESA structural engineer Mario Toso.

“Instead of having different thrusters embedded at corners of the satellite, the twin arms can be moved freely about its body.

“One big advantage is that the thrusters can always be aligned precisely with the satellite’s centre of gravity for orbit raising and stationkeeping – saving propellant to elongate mission life.

“And this flexibility means the thrusts can be choreographed around antennas and solar wings which might otherwise be struck by thruster plumes.”

A second project developed the thrusters’ power processing unit – the interface between them and the rest of the satellite’s power system.

“The thrusters operate on a high voltage, receiving lower voltage inputs from the rest of the satellite,” says ESA power systems engineer Michail Tourloukis. “This unit helps to ensure that electrical noise from their operation does not come back inside the satellite.”

ESA's Giorgio Saccoccia comments: “This game-changing electric propulsion on European commercial and scientific satellites is the result of more than two decades of development by ESA, in strong collaboration with national agencies and European companies.

“The achievement of Eutelsat-172B is a reward for the role that ESA has played with our partners, boosting the competitiveness of European products.”